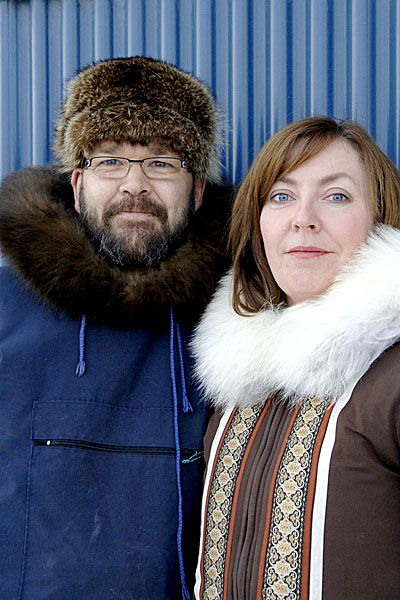 Residential school survivors in communities not included in the Truth and Reconciliation Commission’s upcoming northern tour shouldn’t worry – they will still have a chance to be heard.

As part of efforts to gather statements from northern and Inuit residential school survivors, the TRC will begin a tour in March that includes eight stops across Nunavut and Nunavik.

But Inuit elsewhere in the country can request to have the commission come visit their community or arrange to make a statement by telephone, says Jennifer Hunt-Poitras, co-chair of the TRC’s Inuit sub-commission.

“Our goal is to get into as many communities as we can — into every one, if possible,” Hunt-Poitras said. “So don’t think that because your [community’s] name’s not on that list that it means you won’t get a chance.”

A telephone line based out of Winnipeg is also being set up to collect statements by phone, she said.

In Yellowknife, residential school survivors can make an appointment to make their statement in person at the TRC’s new local office, which opened Jan. 12.

Statements can be made from almost anywhere in the country, as long as proper support is in place, Hunt-Poitras said.

As part of the commission, Health Canada is responsible for providing health and cultural support — such as professional counsellors — to statement givers during and after each session.

Inuit should be aware of the process before they decide to give their statement, she said.

Hunt-Poitras said many confuse the process of making a statement for a claim (Individual Assessment Process or Common Experience Payments) with the statements that will be collected as part of the upcoming hearings.

The claims process functions separately from the TRC and the statements collected during the hearings will not be used for legal recourse.

Instead, the statements gathered will be used to create a collective memory of Canada’s Indian residential school legacy, to be archived in a national research centre.

Statements will also be used in the TRC’s final report.

But speakers can sign a form in advance that indicates if a statement should be made public or not.

Statements may be made publicly during the scheduled hearings, but speakers may also request to make a private statement, recorded by hand, audio or video.

“They must know that no one’s going to tell them what to say,’ Hunt-Poitras said. “They can even share whatever they want from residential school, even the positive things. We’re not going to push people.”

Speakers will be accompanied by an interviewer and a health support worker.

The ability to give a statement is not limited to former students either; family members can also give statements or accompany a former student to support them while they give their account.

Survivors can also submit a written account or work of art in lieu of a spoken statement — a song, poem, and so on — that reflects their experience.

“A big part of this is the reconciliation, which can’t begin until this part of our history is acknowledged,” Hunt-Poitras said. “A lot of young people don’t know what their parents or grandparents when through, because a lot of former students don’t talk about it.”

But Hunt-Poitras, a former CBC journalist who worked as a broadcaster for 15 years, says she has seen the need for Inuit to let go of this part of their past.

“The subject triggers people,” she said. “You can see they’re aching for a forum.”

One aspect of residential school that was specific to the North is that — because of its vast geography — many Inuit students were unable to go home to see their families for years at a time.

Hunt-Poitras says children as young as five and six were sent to schools and some didn’t return for 10 years.

“The Inuit went from living in camps and then suddenly, 75 per cent of [their] children were sent to residential school,” she said.

The Inuit sub-commission acts as a division of the Truth and Reconciliation Commission, sharing the same mandate but with a focus on ensuring the Inuit are included in the process in a culturally appropriate way.

The sub-commission includes Hunt-Poitras, who is based in Yellowknife and her co-chair, Robert Watt, based in Ottawa.

The group is in the process of hiring a Nunavut regional liaison officer to be based in Iqaluit and another in Kuujjuaq to oversee Nunavik and Nunatsiavut.

“Our tour, by far, is the most ambitious,” Hunt-Poitras said.