“We will be celebrating the many dimensions of ravens” 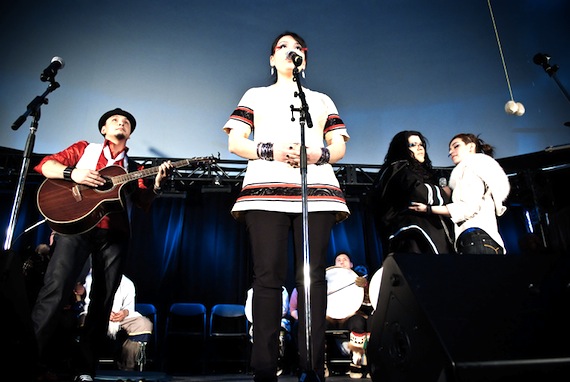 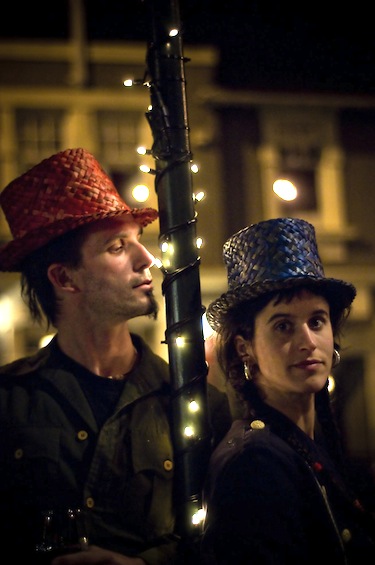 More than 20 performers from across the North, southern Canada, France and New Zealand are slated to perform at this year’s Alianait arts festival in Iqaluit.

“We will be celebrating the many dimensions of ravens through cultural performances of music, film, storytelling, circus, dance and visual arts,” she said.

Nakasuk school gym will serve as the main venue for the festival’s four evening concerts, with the exception of July 2, when performers will play both a matinee and evening concert.

Other festival highlights include a Canada Day square dance.

Visual artists will also be featured, with events hosted in collaboration with the Nunavut Arts and Crafts Association at the Nunatta Museum and Nunavut’s legislative building.

“What’s going to be different this year is the big top tent will be our daytime space,” Daley said. “We want to create a carnival atmosphere and all the events in it will be free.”

Over the past six years, the Alianait arts festival has normally run from June 21 to July 1 to take advantage of the many holidays that fall within that period, including Aboriginal Day, the summer solstice, and Canada Day.

The festival’s revamped, four-day format announced for 2011, flowed from a community survey circulated last December, in which respondents said they wanted a shorter, more intensified format with more Inuit and world music performances.

To compensate for the shorter festival length, Alianait organized concerts in Iqaluit throughout the year.

“We’re trying a new format that we think will be more accessible for people,” Daley said. “It’s exciting — I think there’s something there for everyone.”

Local musicians can still register to compete in the July 3 “Battle of the Bands,” where the audience will vote for their top three favourite performers, who will compete for cash prizes.

The festival also needs people to help out at this year’s event – those interested in volunteering can send an email to emily.ridlington@gmail.com.

Festival tickets and passes are now on sale at Arctic Ventures. Elders and children under 12 will be admitted free to all events.

For more information on this year’s festival, visit www.alianait.ca.