The Beaver, or What’s in a Name? 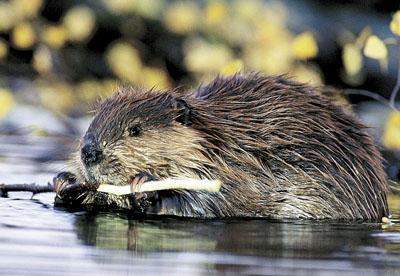 The beaver, also known as castor canadiensis, is no longer forms part of the identity of a popular history magazine that has published continuously since 1920. (FILE PHOTO)

In April a venerable Canadian magazine ceased to exist. Well, not exactly. But it ceased to exist under the name that generations of those interested in northern and fur trade history had known it.

This spring, Canada’s National History Society, publishers of the venerable magazine, The Beaver, changed its name from that of Canada’s national animal, to the bland, forgettable, Canada’s History.

In 1920 The Beaver began publication, under the sub-title “A Journal of Progress.” It was a magazine for employees of the Hudson’s Bay Co. In December of 1923, the company began selling it to the general public and the following year it switched from monthly to quarterly publication. Major changes happened with the September 1933 issue when the sub-title changed from A Journal of Progress to “A Magazine of the North.” And that’s the way it stayed for over half a century.

With the April-May issue of 2010 the unthinkable happened. The Society removed The Beaver completely from the publication’s name, changing it to the uninspiring but apparently inoffensive Canada’s History. How sad! How pathetic!

The reasons given for this heresy were laughable. The publishers claimed that the use of the word “beaver” was no longer appropriate because online spam filters were filtering out access to the magazine by students and others doing online research because the word “beaver” was a euphemism for female sexual organs.

The editor-in-chief claimed, “Market research showed us that younger Canadians and women were very very unlikely to ever buy a magazine called The Beaver no matter what it’s about… For whatever reasons, they are turned off by the name.”

If this ridiculous claim was designed to draw publicity, it did that, but perhaps not in the way that the Society had intended. The well-known American news comedian, Stephen Colbert, who often covers Canadian items, began a tongue-in-cheek campaign to sabotage the name change by encourging viewers to redefine the new name Canada’s History on a website called “Urban Dictionary.”

Just to get the ball rolling, Colbert stated, “Most Canadians don’t know that here in America, the term “Canada’s History” is a euphemism for a sex act so depraved one can’t describe it on TV… [an act] involving moose antlers, maple syrup, and the Stanley Cup.”

So The Beaver as a magazine is no more. Yet the importance that the lowly rodent continues to hold as a Canadian symbol remains, despite the short-sightedness of the magazine’s owner. Consider the following places that the beaver occupies in the life of Canada — both historically and today.

In 1975, the lowly rodent became an official emblem of Canada when royal assent was given to an “act to provide for the recognition of the beaver (castor canadiensis) as a symbol of the sovereignty of Canada.”

Canada’s first postage stamp in 1851 (before Confederation) was the three-penny beaver. The beaver appeared again on stamps three more times in the 1800s, three times in the 1900s, and again in 2001. None of the images were confused with body parts.

The 1976 Summer Olympics in Montreal used Amik the beaver as mascot.

An image of the beaver graces the back of the Canadian nickel.

An image of a beaver (actually four of the critters) appears on the coat of arms of the Hudson’s Bay Co.

The Nova Scotia Association of Architects celebrates National Beaver Day on the last Friday in February.

The de Havilland Beaver was a popular single-engine Canadian-made airplace.

Scouts Canada has the Beaver Program for boys aged five to seven and many young Canadian boys are proud Beavers.

The Beaver Tail is a small sugar-coated pastry found in Ottawa. Even visiting dignitaries eat them.

South of the border, the beaver is the state animal of Oregon. Leave it to Beaver was a popular TV sitcom as well as a 1997 movie.

The author, Grey Owl, wrote extensively about the beaver, thereby popularizing it as an acceptable Canadian symbol, and the animal has even entered the English language as a verb. How many times have you heard that someone was ‘beavering away” on a project?

Shame on Canada’s National History Society for relegating this wonderful Canadian symbol to the dustbin of the nation’s publishing history, and shame on them for concocting such a spurious and incredible (and I mean that in the sense of not believable) reason for doing so.

I, for one, will continue reading the magazine – where else does one read Canadian history? – but I’ll always think of it as The Magazine Formerly Known as The Beaver.