Most have no plans to return to north 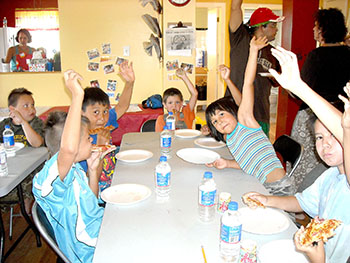 If you’re an Inuk and live in a southern city, you probably feel strongly about maintaining your identity as Inuk.

You want your children and grandchildren to know Inuktitut and Inuit culture and be part of the Inuit community.

But, at the same time, you probably don’t have any plans to return north.

You likely feel that the southern city where you live is now your home.

That’s the portrait of today’s urban Inuit, which emerges from a new study on First Nations peoples, Métis and Inuit in 11 Canadian cities.

Overall, your dreams resemble those of non-aboriginal urban Canadians, such as a making sure your children get a good education, having a good job and owning your own home, says the Urban Aboriginal Peoples Study, released April 6.

Happiness is highest among homeowners and those who are very satisfied with their jobs.

Of the estimated 1.2 million urban aboriginals in Canada, Inuit still remain the least urbanized, with about 10,000 Inuit living outside the North.

But this situation is changing. In Toronto and Montreal, the study found numbers of Inuit have increased by 30 per cent and 60 per cent, respectively, between 2001 and 2006.

• Inuit are more likely than First Nations or Métis to know their aboriginal ancestry and background well, and “derive a great sense of pride from this knowledge;”

• Inuit are more likely to be very proud to be Inuk than aboriginal and Canadian, although “more than two-thirds are very proud of both these latter identities;”

• Inuit are the “most likely among urban aboriginal peoples to use and rely on aboriginal services and organizations” in their cities;

• Most urban Inuit think Inuktitut is the most important aspect of their culture to be passed on to their children and grandchildren;

• Inuit are more likely than First Nations peoples or Métis to feel a very close connection to their home communities, but the majority of Inuit consider their city of residence home;

• Only three in 10 Inuit plan to return to their communities of origin;

• Urban Inuit are likely to maintain connections with other Inuit, but half also say they also have many close non-aboriginal friends;

• Most urban Inuit feel unrepresented by mainstream political parties and are unlikely to vote in municipal or provincial elections;

• Fewer than half feel that aboriginal political organizations do a good job representing their interests; and,

The study also found nearly eight in 10 urban aboriginal peoples believe there is room in Canada for a variety of languages and cultures, in contrast to 54 per cent of non-aboriginal city dwellers.

At the same time, almost all First Nations peoples, Métis and Inuit believe non-aboriginals view them in negative ways, with stereotypes about addiction problems, laziness, lack of intelligence and poverty.

“If there is a ‘single urban aboriginal experience, it is the shared perception among Métis, Inuit and First Nations peoples, across cities, that they are stereotyped negatively,” says the study,