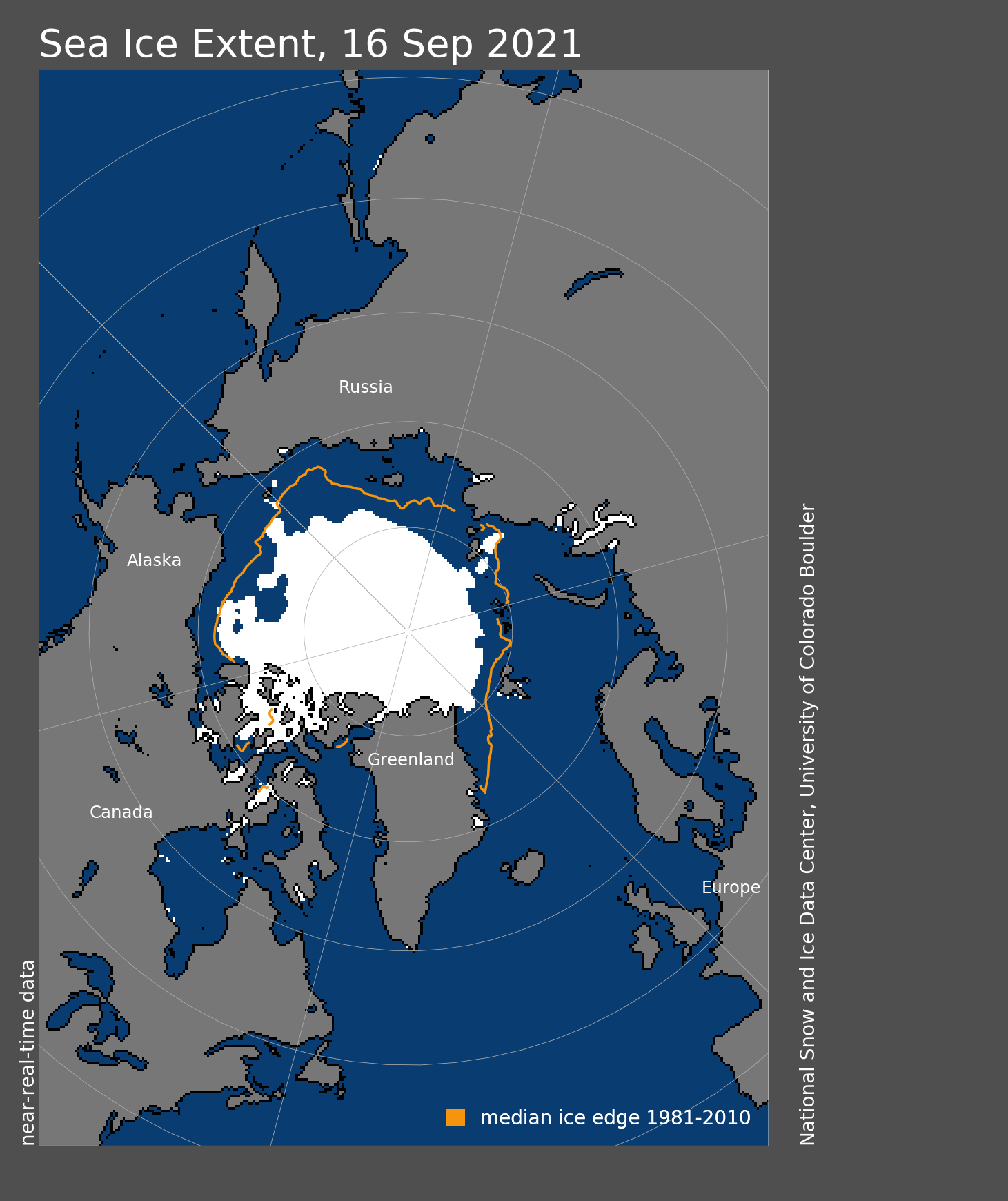 Arctic sea ice extent for Sept. 16, was 4.72 million square kilometres. The orange line shows the 1981 to 2010 average extent for that day. (Image courtesy of the National Snow and Ice Data Center)

Sea ice is more extensive than in recent low years, but still far lower than historically — even as other markers, such as thickness and age, show declines

After a relatively cool and cloudy summer that slowed melt in some areas, Arctic sea ice has likely begun its winter freeze, the National Snow and Ice Data Center said on Wednesday.

Sea ice extent minimums have fallen by 13 percent per decade, relative to the 1981-2010 average, since satellite records began in 1979, the center said.

This year’s minimum, the product of melt that was moderated by the cool and cloudy weather, was part of the “natural variation in the system,” said NSIDC Director Mark Serreze.

“It’s better than it was. It’s still not good,” Serreze said. “There’s no reason to think that there’s any rebound.”

And this year the minimum extent figure, which tends to get the most news media attention, masks other troubling signs, such as near-record thinness and the lost of multiyear ice. The total amount of that ice, which has survived one or more summer melts, was among the lowest since ice-age records started in 1984, the NSIDC said.

Multiyear ice, which tends to be thicker and more resistant to melting than new ice, is “pretty much as low as it’s ever been,” Serreze said. “Most of the old ice is now gone,”

One important section of old ice melted after it drifted into the Beaufort Sea off Alaska, he said.

All of the increase since last year’s near-record low extent was in first-year ice, the center said.

That means the coming year will have more second-year ice — though that is a temporary condition, Serreze said.

The announcement of the annual ice extent is preliminary. Changes in winds or a late-season surge in melting could reverse the freeze and reduce the ice extent further, the center said.