A fatal year in Nunavik

Kativik police and councillors concerned about uptick in crime-related deaths 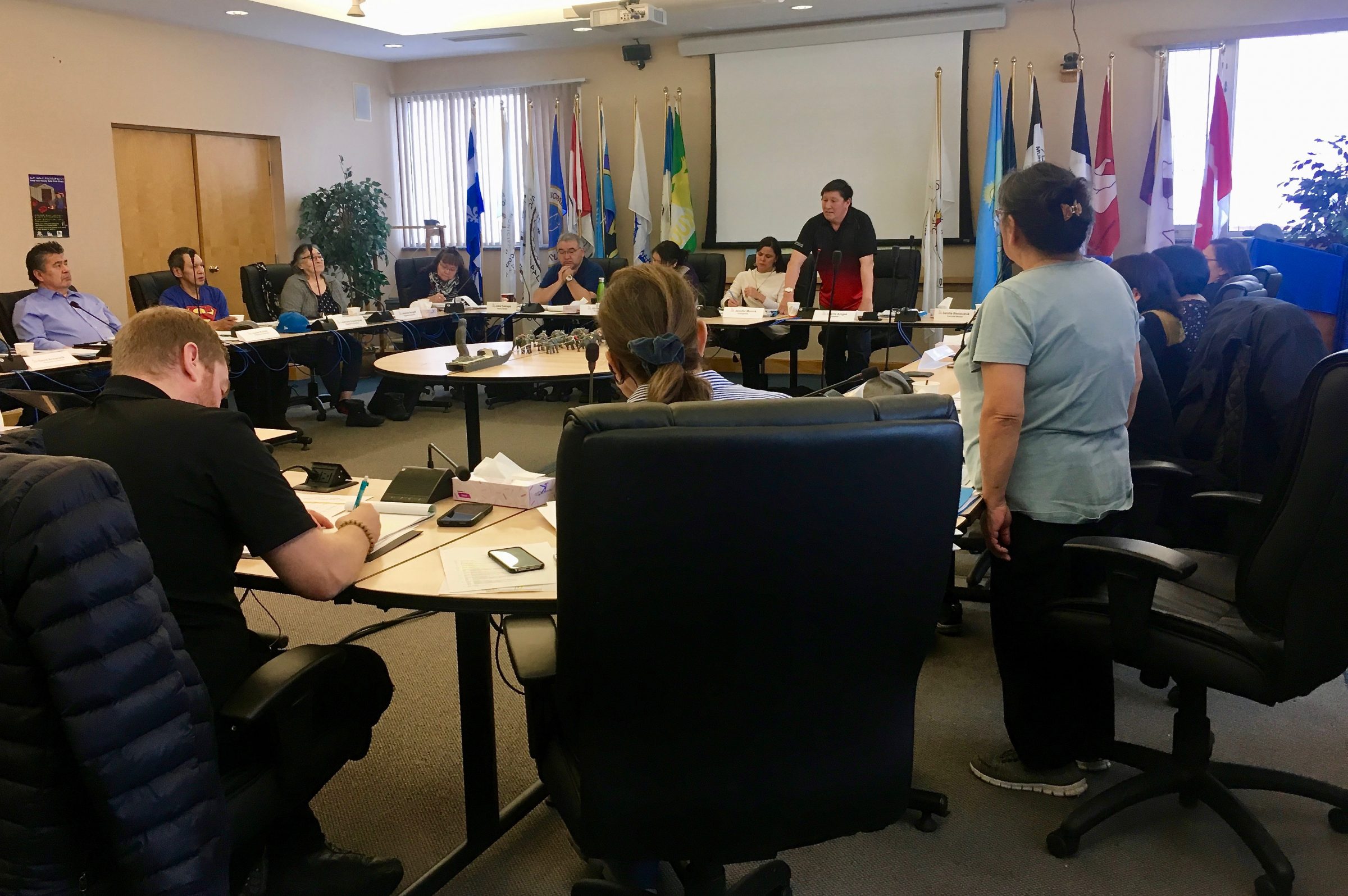 Charlie Arngak, an executive member of the Kativik Region Government council, speaks on Nov. 26 to share his concern about the high number of crime-related deaths in Nunavik. (Photo by Elaine Anselmi)

An increase in crime-related deaths in Nunavik is worrying to the region’s police and political leadership.

“If we look at the life today in Nunavik, there are many deaths that are not health-related,” said Charlie Arngak, an executive member of the Kativik Region Government council, during a meeting last month, on Nov. 26.

His request, put before the leadership of the Kativik Regional Police Force, was for more investigation into these deaths—many, he said are deemed to be a suicide when it may not be the case.

“Here we are pretending to work so hard on issues … are we just going to stay talking about this with no action?” Arngak said. “We have to come up with a resolution we can show to the population. Even if someone is buried they can be investigated. There are too many deaths in Nunavik.”

Police chief Jean-Pierre Larose agreed the high number of deaths in Nunavik this year was alarming. But, he said, all deaths are investigated.

He confirmed there are two investigators in Kuujjuaq and they’re planning on basing two more out of Puvirnituq.

There were eight homicides in Nunavik in 2019, up from only two last year, said deputy chief Jean-Francois Morin. And these statistics are only from January to end of October this year.

Additionally, there were six attempted murders in 2019, while only four last year.

“Total criminal incidents this year is up to 10,100 incidents, which is a four per cent increase from last year,” Morin said.

Between 2017 and 2018, the number of criminal incidents increased by less than one per cent, according to the KRPF crime statistics.

“I am very concerned about this situation—2019 was a fatal year,” Larose said. “We have a lot of deaths and we are well concerned and preoccupied by this situation. But you must understand that the police is one actor among others. We need to work together on those issues.”

He agreed with Arngak that a resolution was needed to work together to tackle the growing number of crime-related deaths.

“We are part of the solution, to work together,” he said. “We cannot do it alone. We need some help from the community and from partners.”