People living in hamlets that were in the path of a 2017 tsunami have known that an even bigger wave could be in their future. New calculations suggest previous estimates of its size were too low. 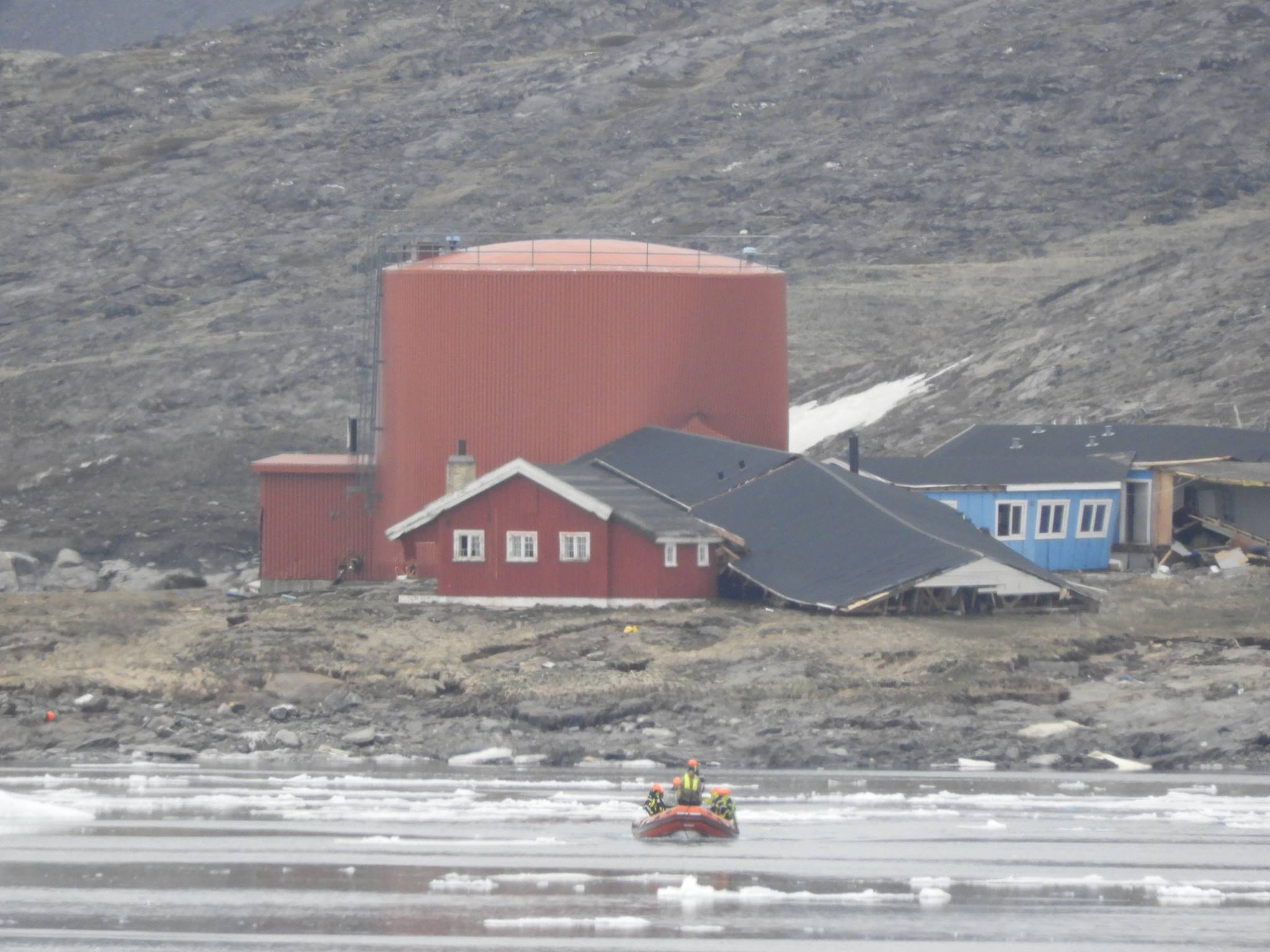 When the tsunami triggered by the June 17, 2017 landslide in Greenland’s Karrat Fjord hit the hamlet of Nuugaatsiaq, it surged about 9 meters above the shoreline. That wave was so powerful that it washed 11 buildings out to sea, claiming the lives of four people. Nuugaatsiaq’s 84 residents were evacuated and the hamlet has been uninhabited ever since.

But the next wave to strike Nuugatsiaq and the five other hamlets close to Karrat Fjord could be much bigger. 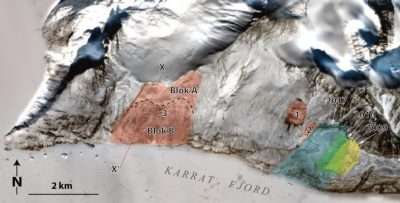 A satellite image showing three past landslides as well as the three areas geologists say are likely to collapse. (GEUS)

A future landslide-caused tsunami could reach up to 74 meters above the shoreline at Nuugatsiaq, destroying every building in the hamlet, according to a new estimate by GEUS, the geological survey of Denmark and Greenland, published this week in connection with a series of town hall meetings to discuss tsunami risks with residents of the region.

Members of the cabinet, including the premier, Múte B. Egede, were also present at the meetings, as well as public-safety officials, geologists and psychologists.

An estimate released in January suggested such a surge could reach 28 meters inland. The new estimate, according to GEUS, is the result of a revised calculation of the volume of the largest area of concern, known as Karrat 3, as well as a revised assumption of how the waves created by a landslide would behave.

That’s disappointing news for the people of Nuugaatsiaq, who — along with the 91 residents of Illorsuit, which was evacuated at the same time — have been looking forward to the day they can return home. And the new calculations could result in further people being relocated.

The larger surge would put the homes of an additional 176 hamlet residents in danger. Their residents will be offered help to relocate to a safer location and offered a home where they can live.

The offer to move is voluntary, and Egede recognized that the situation presented residents with a difficult choice: move away from the hamlet they have called home or stay and live with the constant risk of a tsunami.

“Transparency is important for Naalakkersuisut, even it that causes people to worry. We are sharing this information and making sure that we meet with the affected residents face-to-face and tell them about the options that are open to them,” Egede said.

The risk of landslide and ensuing tsunami has been understood since immediately after 2017 landslide. At that time, three sections of the mountainside near the section that let loose were determined to be unstable. All three are larger than the section that caused the tsunami, and, according to GEUS, all three are highly likely to collapse and cause a tsunami of their own. Karat 3, according to the latest calculation, has a volume that is 10 times larger than the 2017 landslide.

Of the currently inhabited hamlets, Niaqornat is the closest to the unstable sections of mountainside. A wave caused by a landslide can be expected to reach it within 23 minutes. In the worst-case scenario, it would be inundated by a 17-meter surge that would put all of its structures under water. All 53 of its residents have been offered the chance to relocate.

Similarly, the majority of the homes in the adjacent hamlet of Qaarsut would be flooded by a wave caused by Karat 3 that could be expected to take 26 minutes to arrive. There, 113 residents out of a total of 174 have been offered the chance to relocate.