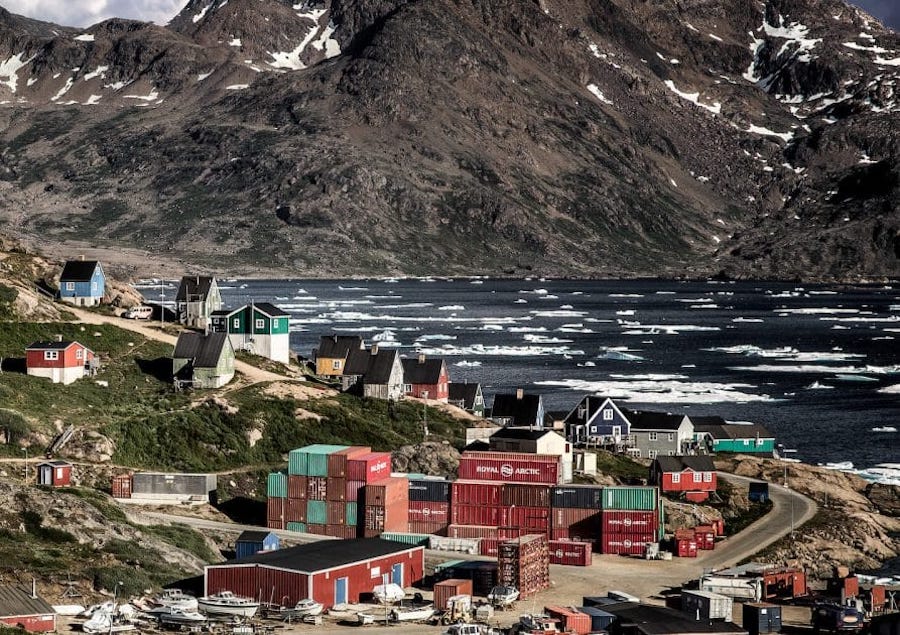 The port of Tasiilaq in Greenland will benefit from Royal Arctic Line’s emerging collaboration with Iceland’s Eimskip. (Visit Greenland)

On-going changes to its shipping routes and the purchase of a new vessel will make it possible for Greenland’s Royal Arctic Line to increase the number of shipments it can make to the remote eastern coast of the country.

Currently, Royal Arctic Line calls on the town of Tasiilaq 10 times during the ice-free season, between April and November each year, as part of the company’s trunk line connecting Nuuk, on the western coast, with Denmark. The new vessel, to be delivered in April 2020, will sail between Tasiilaq and Reykjavík, making it possible to make as many as five additional calls each season, the company announced on Monday.

In addition to the increased capacity the ship provides, the direct route is made possible thanks to an emerging partnership between Royal Arctic Line and Eimskip, an Icelandic shipping line with destinations in North America and Europe.

As part of the partnership, Royal Arctic Line had already planned on calling on Reykjavík twice each week on a Greenland-Denmark route that would also include stops in Tórshavn, in the Faroe Islands.

The partnership, entered into in 2016 and conditionally approved by Icelandic competition authorities this past April, involves a joint order by Royal Arctic Line and Eimskip for three polar-class container vessels as part of what is known as a vessel-sharing agreement, in which multiple operators pool capacity.

Originally due for delivery at the end of this year, the ships are now expected to enter into service in 2020. The vessels will be three times larger than those currently used by Royal Arctic Line on its route between Greenland and Denmark and come as the company has embarked on a renewal of its fleet that is expected to increase capacity while lowering fuel costs.

Royal Arctic Line’s decision to establish an eastern Greenlandic route comes after the Tasillaq’s residents in November petitioned the company to increase the number of calls it made each year. The additional calls are expected to make it possible to deliver more consumer goods as well as construction goods, while giving exporters quicker access to market using Eimskip’s routes.