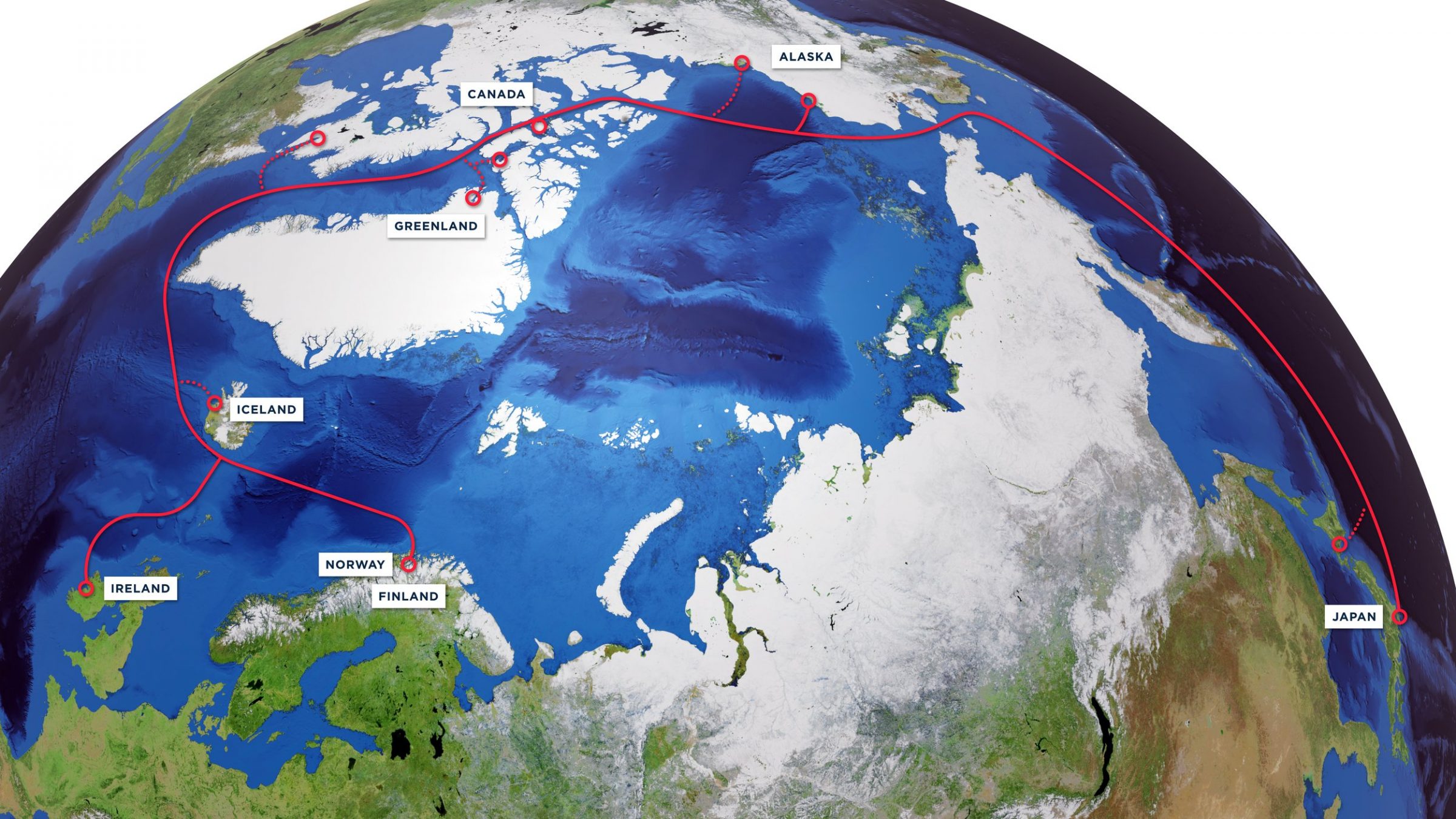 A group of companies is planning an ambitious new fiber-optic cable connecting Europe and East Asia through the Arctic.

The Finnish telecom company Cinia, along with the Alaska-based Far North Digital, which was formed specifically to develop this project, and True North Global Networks LP, its Canadian affiliate, announced the deal on Dec. 23. The companies estimate the project will cost about US$1.15 billion.

The proposed new cable would cross the Arctic through the Northwest Passage and terminate in Japan on the Asian side, and Ireland and Norway (with a link on to Finland) on the European side.

The line will see additional landings in Alaska and in the Canadian Arctic and possibly elsewhere along the route, Far North Digital’s President Ethan Berkowitz told ArcticToday, though where exactly is “a little premature to say,” he cautioned.

A map on the project’s site includes tentative links to Greenland and Iceland.

Berkowitz said the companies plan to engage with communities in the region before settling on additional landings, citing a history of unrealized megaprojects in the Arctic, where developers “promise all kinds of things, and never deliver. We didn’t want to do that.”

The coronavirus pandemic has slowed that process, he said.

Still, the main branch of the project is already underway, Berkowitz said, with ground broken at the Ireland landing, and the companies have selected Alcatel Submarine Networks as lead contractor on the project.

Other major fiber-optic projects of varying sizes are either underway or in planning across the Arctic. Another Alaska-based company, Quintillion, has long been touting an Arctic cable linking Alaska to Europe and Asia — though that project suffered a blow when its co-founder and CEO pleaded guilty to fraud. Other networks under construction connect parts of Arctic Canada, including Nunavik and Nunavut, to broadband infrastructure further south.

“We hope to be complementary” instead, he said.

Still, Berkowitz emphasized — as did the announcement — that the route is “geopolitically stable,” a reference to the potential for increased tension between the U.S. and Russia that could complicate links with a Russian route for some investors and users.

The project’s partners hope to have the cable in service by 2025.