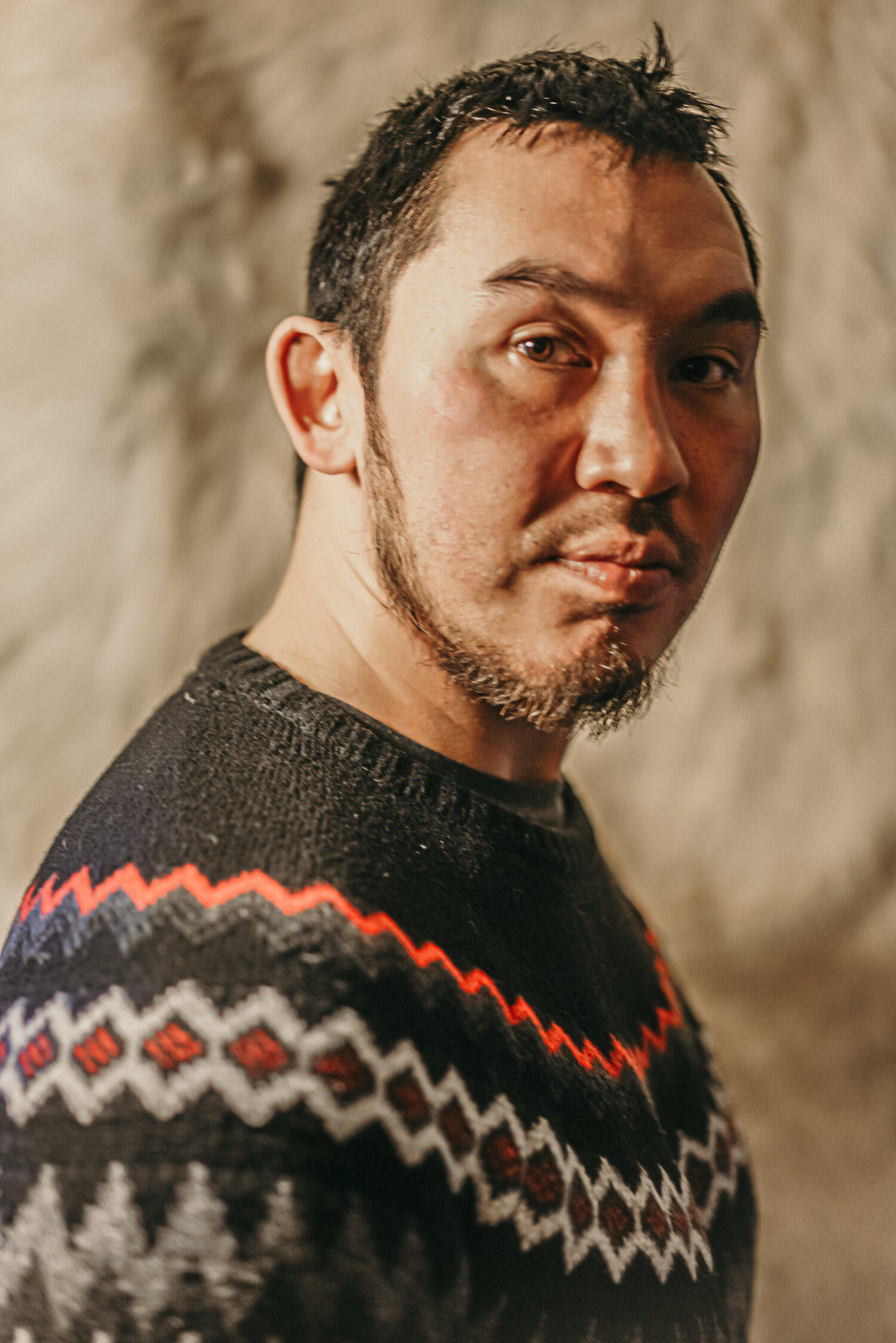 Terry Uyarak’s debut album, Nunarjua Isulinginniani, is inspired by his experiences as a father, husband and hunter. (Photo courtesy of Jennifer Lane)

Terry Uyarak just couldn’t stop smiling when his label, Aakuluk Music, sent him news that he had been nominated for a Juno Award.

“It’s absolutely unreal,” he said. “I can’t believe it. I never, ever, ever thought it would go this far with my music.”

Uyarak released his debut album, Nunarjua Isulinginniani, in October 2020. Its title translates to “before the world ends.”

On March 9, the Juno Awards announced it has been shortlisted for the Indigenous artist or group of the year award.

Uyarak lives in Igloolik with his wife and four children. He said he was born and raised there, and spent the early years of his career travelling and performing with Artcirq, an Inuit circus performance group.

It was here, he said, that he learned music from some of his best friends.

“I learned the very basics,” he said, “just enough to sing along with them most days.”

Between 2012 and 2013, he said two of those friends died and he quit playing music for about five years, until Andrew Morrison, co-founder of Aakuluk Music, eventually got him to start playing and singing again.

“I never really had enough confidence to make an album under my name, but he kept on pushing my limits and I did it with a lot of help from other musicians,” Uyarak said.

Nunarjua Isulinginniani is filled with the stories of Uyarak’s life, he said. The goal was to write music that could inspire people going through a tough time and teach his children an important lesson.

“Anything is possible if they do wish to achieve anything,” he said.

He said he’s overcome with gratitude for the support system around him, including friends and family.

“There are even moments that I’m emotional, like so thankful for them,” he said. “It’s too much.”

There’s been talk of a second album, he said, but for right now, he’s going to continue dog sledding, playing hockey, loving his family and hunting, all while writing little bits of lyrics along the way.

The Juno Awards are scheduled for May 16 at 8 p.m.