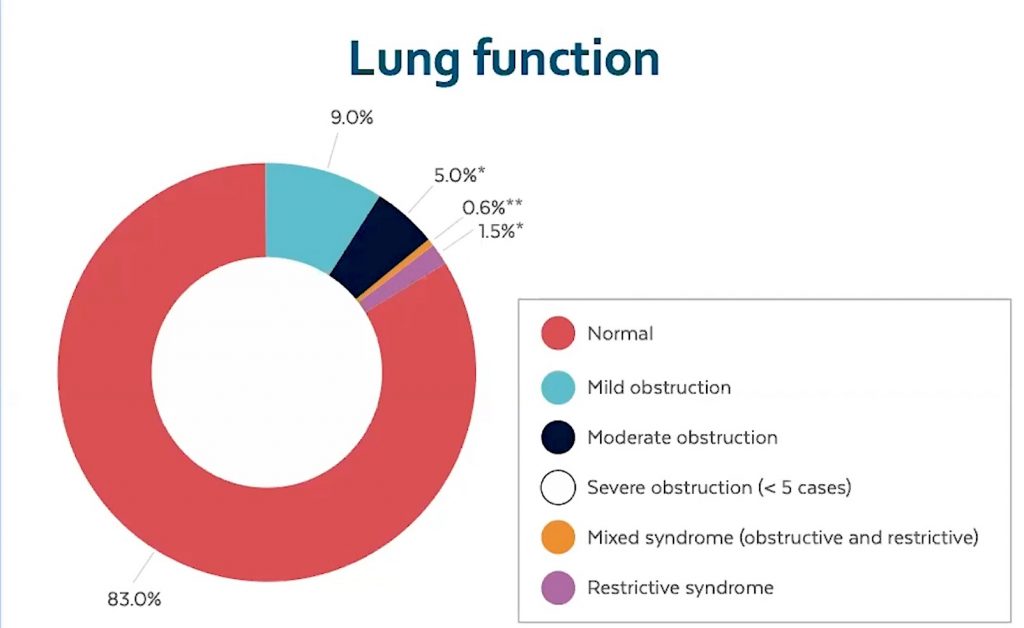 More than eight in 10 Nunavimmiut have normal lung function, the Qanuilirpitaa? 2017 health survey found. The others suffered from symptoms such as wheezing and chronic coughing. Survey results indicated that good respiratory health appears to be linked with having enough food to eat, Philippe Robert, a Université Laval public health researcher said at this week’s ArcticNet conference. (Image courtesy of ArcticNet)

Having enough food appears to be important for Nunavimmiut to maintain good respiratory health.

This is what researchers who toured Nunavik by icebreaker in 2017 found after they surveyed about 1,300 Nunavimmiut for a project called Qanuilirpitaa?, which means “How are we doing now?”

This factor seems to be consistently linked with fewer symptoms like wheezing and coughing, more than any other indicators – even smoking.

Philippe Robert, a Laval University public health researcher, discussed these findings on Thursday, Dec. 10, during the ArcticNet conference during a session on health, well-being and the social determinants of health in the North.

Robert said his team analyzed data from 1,296 participants age 16 and older to look at wheezing over the previous year, chronic cough for at least three months and airway obstruction.

Access to food was measured against other factors, such as income and occupation. Risk factors include smoking – cannabis or cigarettes – and dropping out of school.

Most Nunavimmiut have normal lung function, “which is good news,” Robert said.

Nearly one in three Nunavimmiut suffered from wheezing, chronic cough and airway obstruction, and respiratorcy diseases are the leading cause of hospitalization in the region.

This is why respiratory health was one of the priorities for the survey.

Robert said researchers found that being “moderately food secure” — that is, having enough food to eat — seems to offer protection to respiratory health.

A high school diploma and going out on the land also seems to be protective factors.

He said researchers aren’t sure why there is such a strong link between these factors and lung health, and that more research needs to be done.

In 2017, eight in 10 Nunavimmiut smoked, and nine in 10 smoked daily, said Laval researcher Yohann Courtemanche, also during the Dec. 9 session devoted to health.

Among smokers, about one in four tried to quit smoking in the preceding year, but fewer than one in 10 of them were successful, he said.

Those smoking a smaller number of cigarettes were more likely to attempt to quit. Most used no particular cessation aid; others relied on family, self-help or support programs.

Youth and men were more likely to try quitting with the help of family, self-help or support programs and electronic cigarettes.

But Courtemanche said the use of e-cigarettes for smoking cessation among younger Nunavimmiut is of concern, because of the potential for lung damage.

You can read the results of Qanuilirpitaa online.