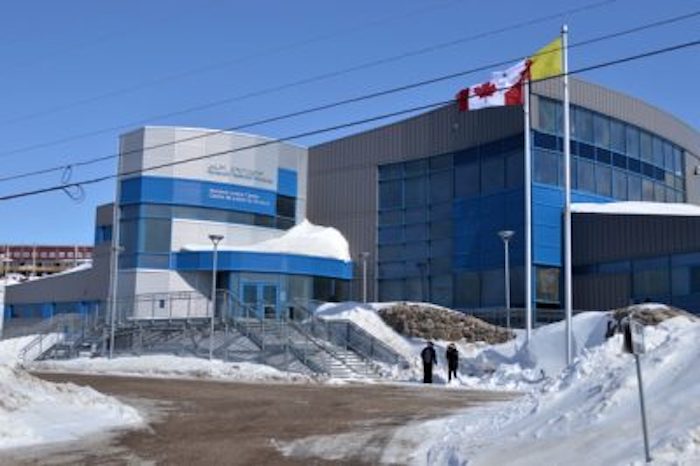 Day three of the second-degree murder had three witnesses, and included audio and video recordings of accused’s statement’s to police. (File photo)

Three witnesses testified Thursday on the third day of the trial of Brandon Lyta, charged with second-degree murder in the death of Levi Michael.

Lyta is charged in the killing of Michael in Iqaluit on May 15, 2020, when Lyta was 23 years old. At the time, police reported officers were called to the 4100 block, behind Dead Dog Lake, for a man who was in distress. He was taken to Qikiqtani General Hospital but died later.

Thursday’s first witness was Michael’s ex-girlfriend, Breanna Kunuk, who had been seeing him near the time of his death.

Kunuk said that during the six months they dated, she would go to his home often. The Crown witness testified she never saw an ice pick or crowbar at Michael’s place.

Under cross-examination, Kunuk testified Michael had threatened to be violent toward her and her father, adding he had broken one of her windows.

During her testimony, she recounted how her team searched the area following Michael’s killing. Through photos taken by RCMP officers, Doan identified a pool of blood in the entrance to the building where Michael lived.

She also identified a kitchen knife found in the snow, approximately six to eight metres from the blood. However, she said the knife was clean and rusted so it was believed not to be related to the case at the time.

Doan said she also spotted a broken cellphone near the building.

In pictures of the apartment’s interior  Doan noted there were droplets of blood on the fridge and the dryer. Poker chips on the floor indicated a disturbance of some kind, Doan testified.

While a pull-up bar and shovel were identified inside the apartment, there was no ice pick or crowbar, Doan said.

Photos police took of Lyta after the incident were then shown in court.

Doan identified a large bruise on Lyta’s left arm that extended to his shoulder, as well as a small wound on his forearm.

Thursday’s third witness was RCMP Cpl. Corey Abbott. During Abbott’s testimony, an audio recording made on May 16, 2020, was played by the Crown.

It recorded Lyta interacting with officers, including Abbott, at the RCMP’s Iqaluit depot. In it, police inform Lyta he is not yet under arrest.

In the audio recording, Lyta doesn’t say much, he comes in to talk to police but realizes he needs another day and says he will return the next day.

A video was then played by the Crown showing Lyta speaking in a room with an RCMP officer the following day. The officer tells Lyta he has been charged with second-degree murder.

In that video, an emotional Lyta recounts his version of what happened..

The video shows Lyta telling the officer he and a friend went to Michael’s place around 6 p.m. on May 14. He said he didn’t know Michael, but his friend did.

The three began to play poker and drink, Lyta said in the video, adding that by the end of the night he had consumed at least 20 beers.

At one point, an argument over the poker game ensued, Lyta said in the video. He said that after the argument, he was aggressively confronted by Michael as well as Michael’s friend, who was at the apartment but not playing poker.

In the video, Lyta said he was frightened and grabbed a kitchen knife, then proceeded to pick up his beer and money and leave.

In the video, Lyta said that as he left, Michael chased him with an ice pick. The term ice pick and crowbar are used interchangeably in the video.

He yelled at Michael to leave him alone as Michael chased after him carrying the ice pick like a harpoon, Lyta said in the video.

Once Michael got close, Lyta said, he started to hit Lyta as if he was swinging a crowbar, and Lyta tried to block the blows with his arm.

In the video, Lyta told the officer he feared he was going to die if he kept getting hit. As Michael swung the crowbar, Lyta said that he simultaneously wielded the knife and stabbed Michael.

In the video, Lyta visualizes hitting Michael in the shoulder area.

Also in the video, between heavy breaths and crying, Lyta admits to killing Michael.

He repeats that he did it in self-defence.

During the video, Lyta also repeatedly describes how he was leaving and that he saw Michael running and getting into a taxi right after being stabbed, with Michael yelling that he had been stabbed.

Since Michael was running, Lyta said he was shocked later to learn that Michael had died.

In the video, Lyta said he threw the knife, and walked 20 to 30 metres and threw the ice pick in a ditch.

Lyta said in the video that he only learned Michael’s last name after his death..

The trial, which began Tuesday and is scheduled for two weeks, resumes Friday.