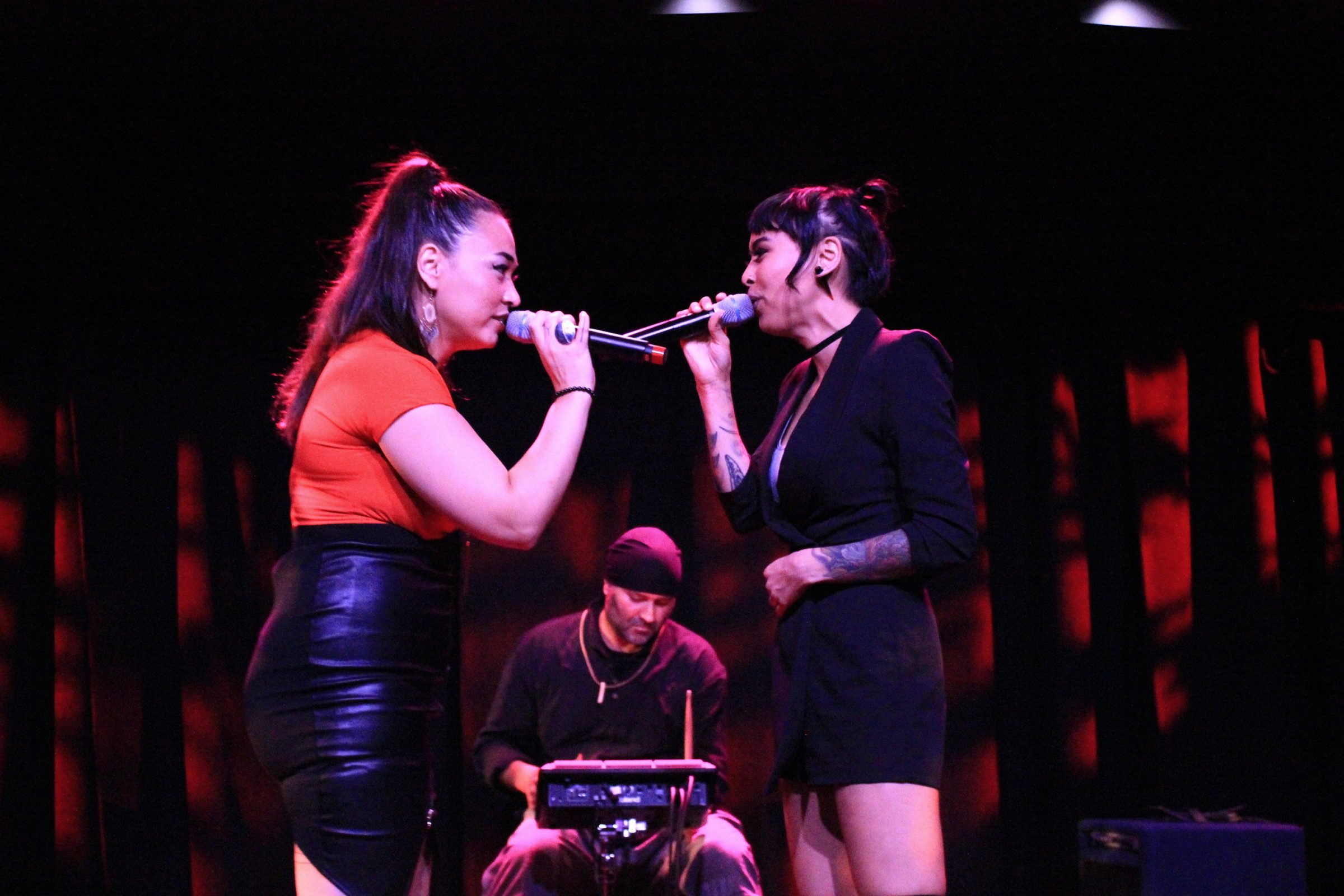 Silla + Rise, aka Charlotte Qamaniq, Rise Ashen and Cynthia Pitsiulak, perform at the National Arts Centre’s Fourth Stage last year. The group is one of many scheduled to play Alianait’s virtual arts festival on Nov. 21 and 22. (Photo by Lisa Gregoire)

The Alianait Arts Festival will feature some of Nunavut’s top talent in its upcoming festival set to be broadcast across the territory this weekend.

The virtual festival will feature performers from all 25 Nunavut communities over the two-day event on Saturday, Nov. 21, and Sunday, Nov. 22, including headliners The Jerry Cans, Silla + Rise, Riit and Agaaqtoq.

The arts organization has also teamed up with Northwestel to broadcast the performance on Northwestel Community TV.

“Northwestel is a longtime supporter of arts and culture in the North,” said Northwestel President Curtis Shaw in a Nov. 10 release.

“So, it makes sense that as a telecommunications provider for the North, we can help present this year’s festival in a new, virtual format and keep sharing northern talent with the world.”

The concerts will be streamed online starting on the afternoon of Saturday, Nov. 21. Here is the list of other performers Alianait has confirmed so far:

“We are grateful to our sponsors and funders for their ongoing support and encouragement as we bring Alianait onto a digital platform,” Alianait said in the release.