Anniversary of 231 calls for justice 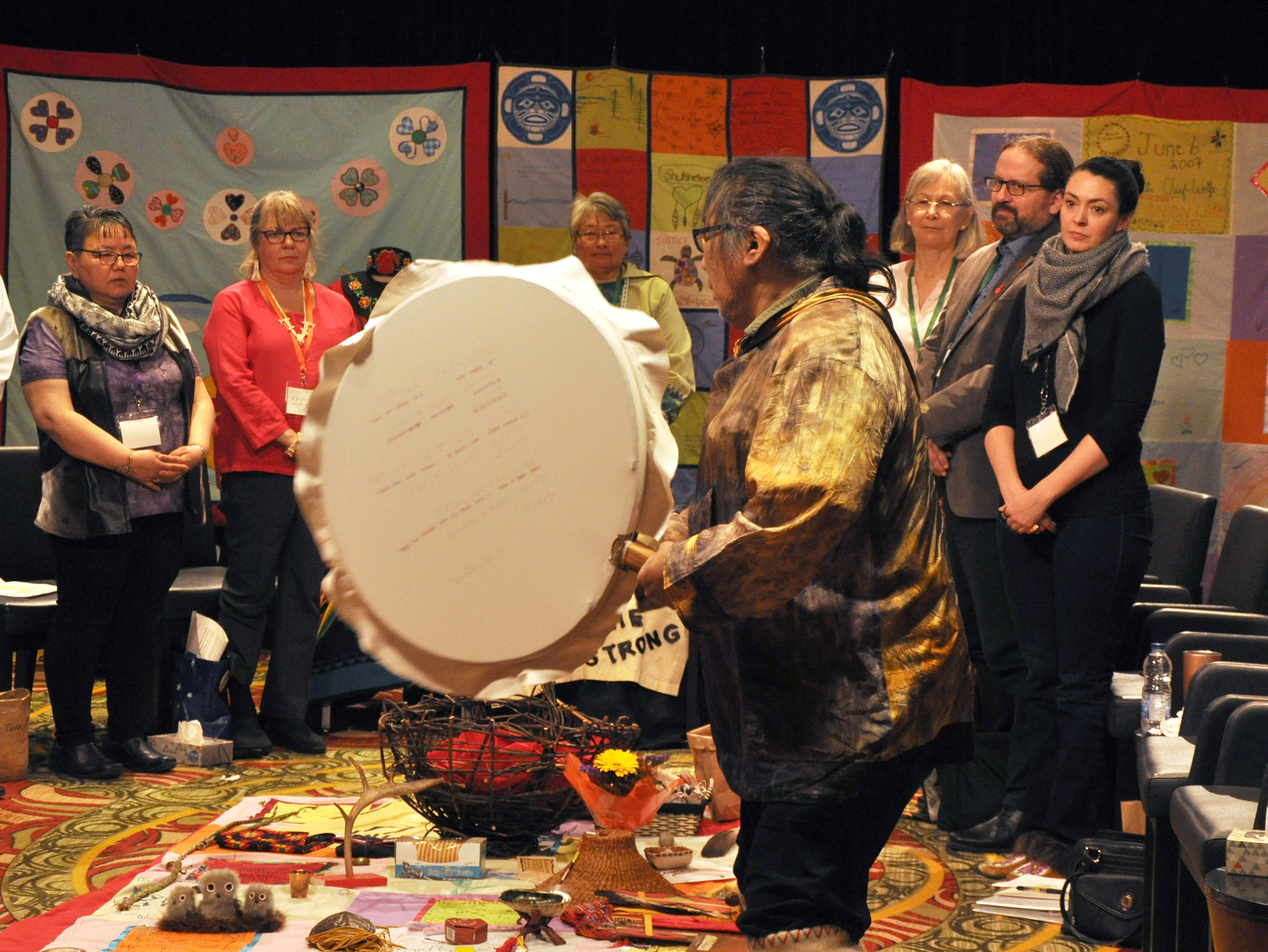 Laurencio Arnatsiaq of Igloolik drum dances for the opening ceremonies of the National Inquiry into Missing and Murdered Indigenous Women and Girls’ hearings in Montreal in March 2018, a week that was dedicated to Inuit testimony. Today, June 3, marks the one-year anniversary of the release of the inquiry’s final report, which issued 231 calls for justice. A national action plan being drafted to respond to those calls, which was to be released today, has been postponed. (Photo by Sarah Rogers)