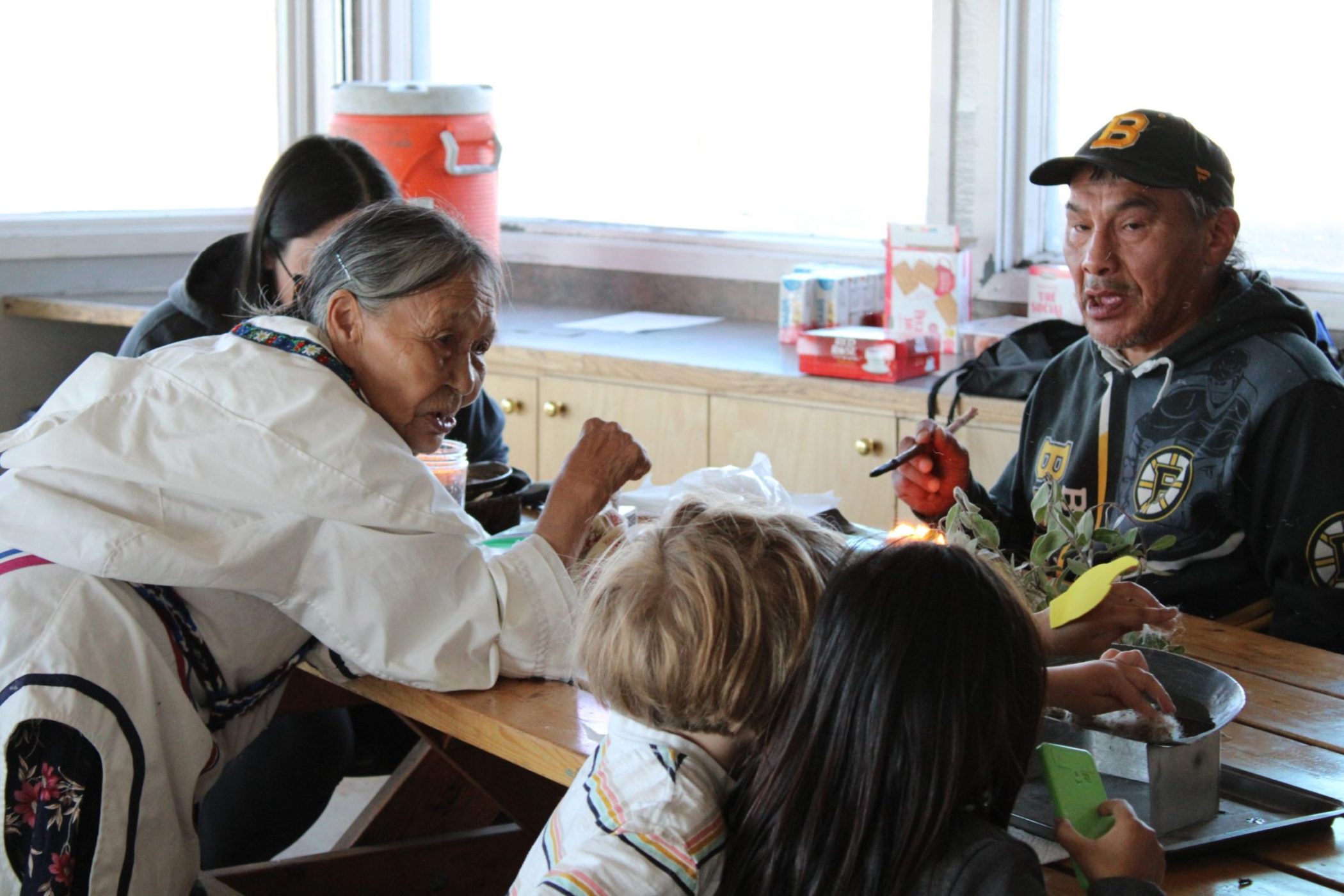 Sheepa Ishulak sat over a table in Sylvia Grinnell Park breaking down Arctic cotton Tuesday as she explained how to light a qulliq to the crowd of 10 people watching her.

Not only does this lamp work for heating, the elder said, but it’s good for cooking as well.

Ishulak gave the lesson as part of Parks Nunavut’s weekly “Learn To…” workshops offered in parks across the territory this summer. Other scheduled activities include traditional Inuit storytelling and toolmaking.

The qulliq lamp is fueled with bowhead whale fat. While fat or oils from other marine animals will work, Ishulak said she likes using bowhead whale because it does not smell or create a lot of smoke.

Next, she broke down the mix of Arctic cotton and moss to use as a wick to put in the tip of the half-moon shaped lamp.

After lighting the qulliq, Ishulak invited the crowd to maintain the fire by keeping the oil closer to the flame and lighting more of the wick. Participants also got the chance to build their own qulliq.

“If you’re out on the land but you don’t have a stove and you manage to get an animal’s fat, you have a source of heat, whether it’s in the summertime or not,” Ishulak said through a translator, of why it is important to learn qulliq-making.

The full list of “Learn to” events is available on the Government of Nunavut’s Department of Environment webpage.