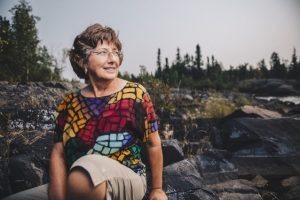 After advocating for sustainable development in Canada’s North for half a century, the Canadian Arctic Resources Committee is shutting down.

The organization announced its decision to close in a news release Thursday.

“The North is a very different place from what it was 50 years ago,” said chairperson Lois Little. “Northerners have regained a lot of control over lands and governance, and they don’t need us to help them to be heard any more.”

The committee was founded in 1971. Its mission was to support northern peoples by providing them with resources to make informed decisions, and to assist them in occupying more central roles in development in the Arctic.

The committee says it worked on dozens of other projects as well, such as advocating for the Tallurutiup Imanga national marine conservation area in Nunavut and publishing reports and studies about the impacts of mining and other development projects.

“There are still big questions out there about what sustainable development looks like in the Arctic,” Little said. “But we trust that northerners have the capacity to take on these issues, and to make themselves heard on national and international stages.”

As its final project, the committee is writing a book about the progress made on issues the organization played an active role in. The book will be free as an online publication, according to the release.