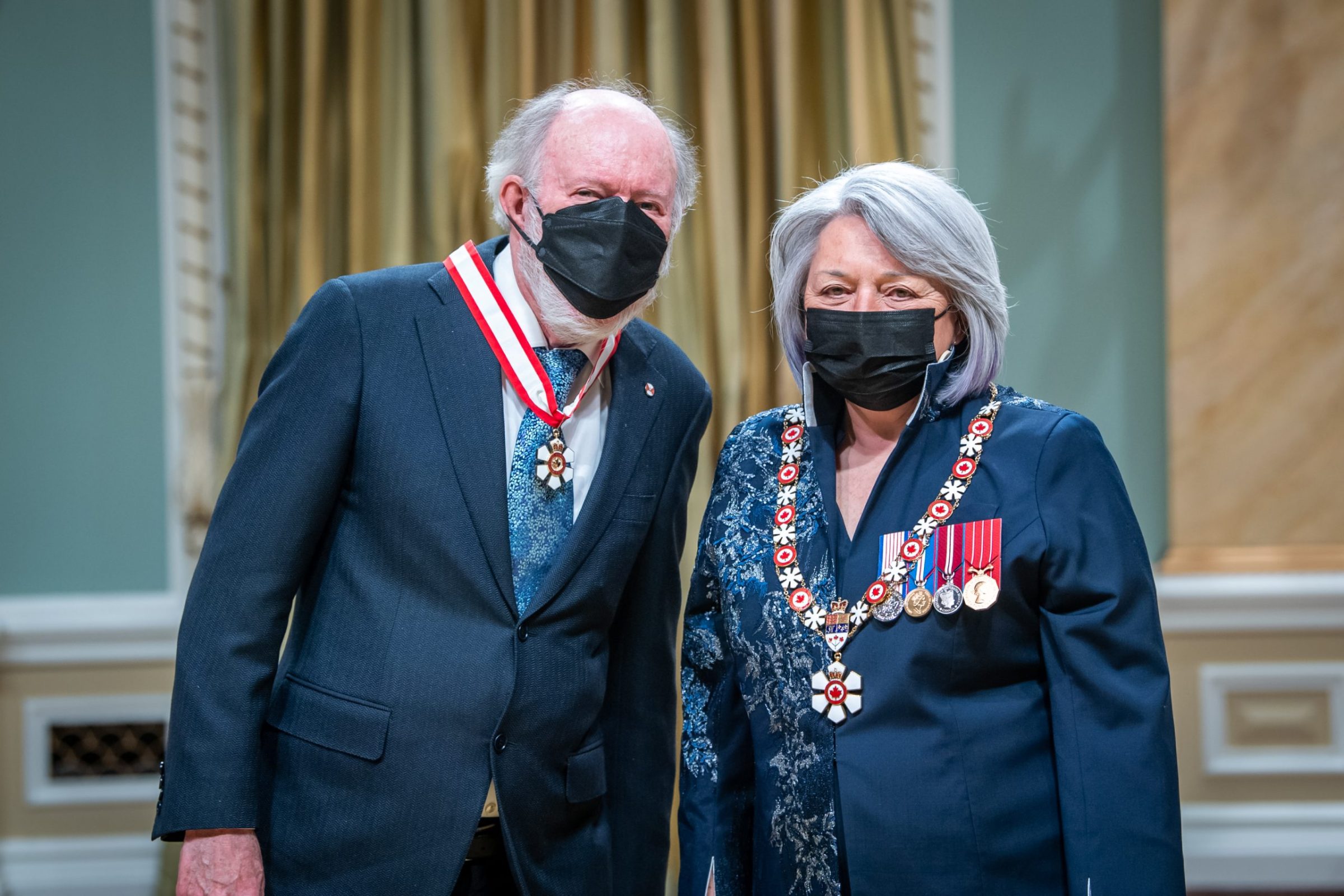 Arctic scientist and naturalist John England is invested into the Order of Canada by Gov. Gen. Mary Simon at a ceremony at Rideau Hall on Friday. An advocate for Arctic science and policy, England was named an Officer of Canada for his more than 50 years of research on the impact of environmental change on the Canadian Arctic Archipelago and for his role in establishing Quttinirpaaq National Park, the country’s northernmost park, on Ellesmere Island. England was one of 23 Canadians named to the Order this year. (Photo courtesy of Sgt. Mathieu St-Amour/Office of the Secretary of the Gov. Gen.)