Are Nunavut prosecutors failing to protect Inuit from the police? 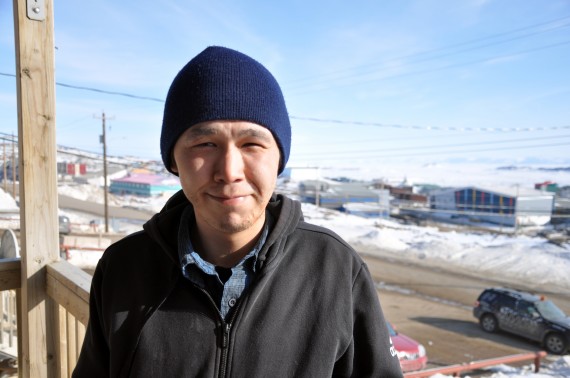 Bernard Naulalik of Iqaluit alleges police used excessive force against him on three occasions between 2014 and 2016. This, Thomas Rohner says, is part of a pattern of abuse that Crown prosecutors are not doing enough to address. (FILE PHOTO)

When it comes to protecting the rights of Inuit to fair treatment by police and the criminal courts, Nunavut’s public prosecutor’s office is failing Nunavummiut.

As an independent investigative reporter based in Iqaluit, I’ve written two stories in recent months for the Toronto Star about serious concerns regarding Inuit’s fair treatment by police and the courts.

The first story, published in August, found that “instances of excessive force by the RCMP … appear to be on the rise.” The story also alleged a pattern where public prosecutors withdraw or stay charges in cases that involve allegations of police abuse.

For example, the court record shows public prosecutors stayed or withdrew 12 of 19 charges faced by Bernard Naulalik of Iqaluit between 2014 and August 2018. Naulalik alleges police used excessive force against him on three occasions between 2014 and 2016.

The second Toronto Star story, which focused on the high rate of police-related deaths in Nunavut, found that the territory’s legal aid has filed 25 civil cases alleging police brutality in the last three years, 17 of which are ongoing.

“Nunavummiut … are being abused by members of the RCMP, and … absolutely nothing is being done about it by the RCMP, the (Public Prosecution Service of Canada) or the (Government of Nunavut),” a senior legal aid official said in that story.

“Why are they allowing this violence against Inuit to continue?”

You might think these questions would be a wake-up call for the RCMP, the GN and the public prosecutor’s office.

Nunavut MLAs raised questions about the RCMP and the Nunavut Justice Department in the legislature in October, referring to an increase in allegations of police abuse.

But the public prosecutor’s service has been mostly silent on this topic.

For example, for the first Toronto Star story, I submitted to all three agencies requests for written answers to numerous questions. The RCMP and GN sidestepped many of those questions and provided many non-answers. But both agencies at least provided statements to each numbered question.

The public prosecutor’s office responded to 20 questions in seven, mostly short paragraphs. Nineteen of the 20 questions were either not answered or only partially answered.

The public prosecutor’s office prosecutes cases, the office said in its response. It is not an investigative agency, nor does it oversee the RCMP or its investigations into police brutality allegations.

If the prosecutor’s office is contacted for legal advice about an allegation of police misconduct in Nunavut, “the matter is referred either to another regional office … or to a provincial prosecution service.… The Nunavut Regional Office would not be involved.”

As well, “the PPSC does not track statistics on specific issues, so no numbers are available,” the Crown said.

Correspondence captured by an access to information request shows senior Nunavut justice officials in 2015 approved the sharing of a letter with the Crown’s office that raises concerns of patterned police abuse across Nunavut.

When asked if the Crown was aware of these allegations, the office responded, “The PPSC has no record of the letter.”

Well, that wasn’t the question.

The office also refused to say whether the stays and withdrawals of Naulalik’s charges in cases involving police brutality allegations amounted to a pattern.

“The PPSC assesses each case individually.”

The office’s mission statements include, “Working within the criminal justice system to make Canada a safe and just society.”

That can’t be done with your head stuck in the sand.

Is the public to understand that, if there were a widespread pattern of police abuse across Nunavut resulting in numerous withdrawn and stayed criminal charges by prosecutors, that the public prosecutor’s office would know and do nothing about it? That’s unacceptable.

The office’s values include “respect, integrity, excellence and leadership.”

The public prosecution’s lack of involvement and communication on this issue implies a profound lack of each of those values.

Christian Lyons left the Nunavut Crown office after the federal government named him to the Nunavut bench in June. Nunavut judges make $321,600 per year, according to Canada’s Justice Department.

And Marian Bryant is leaving her post as top boss for the Nunavut Crown’s office to become the northern advisor to the deputy director of public prosecution at the Crown’s Ottawa office, according to a recent media response from the Crown.

There is no evidence to suggest that Bryant and Lyons knew about or are directly responsible for the Crown’s silence on the allegations of patterned police abuse emerging across Nunavut.

But our justice system depends in part on appearances: to have the confidence of the public, justice must appear to have been done. And promotions in the midst of apparent indifference to the public interest does not look good.

“We exist to protect the rights of Canadians and uphold the rule of law,” wrote Kathleen Roussel, Director of Public Prosecutions in the Crown’s 2017-18 annual report.

It appears Nunavummiut, and especially Inuit in Nunavut, don’t enjoy those same rights or rule of law.