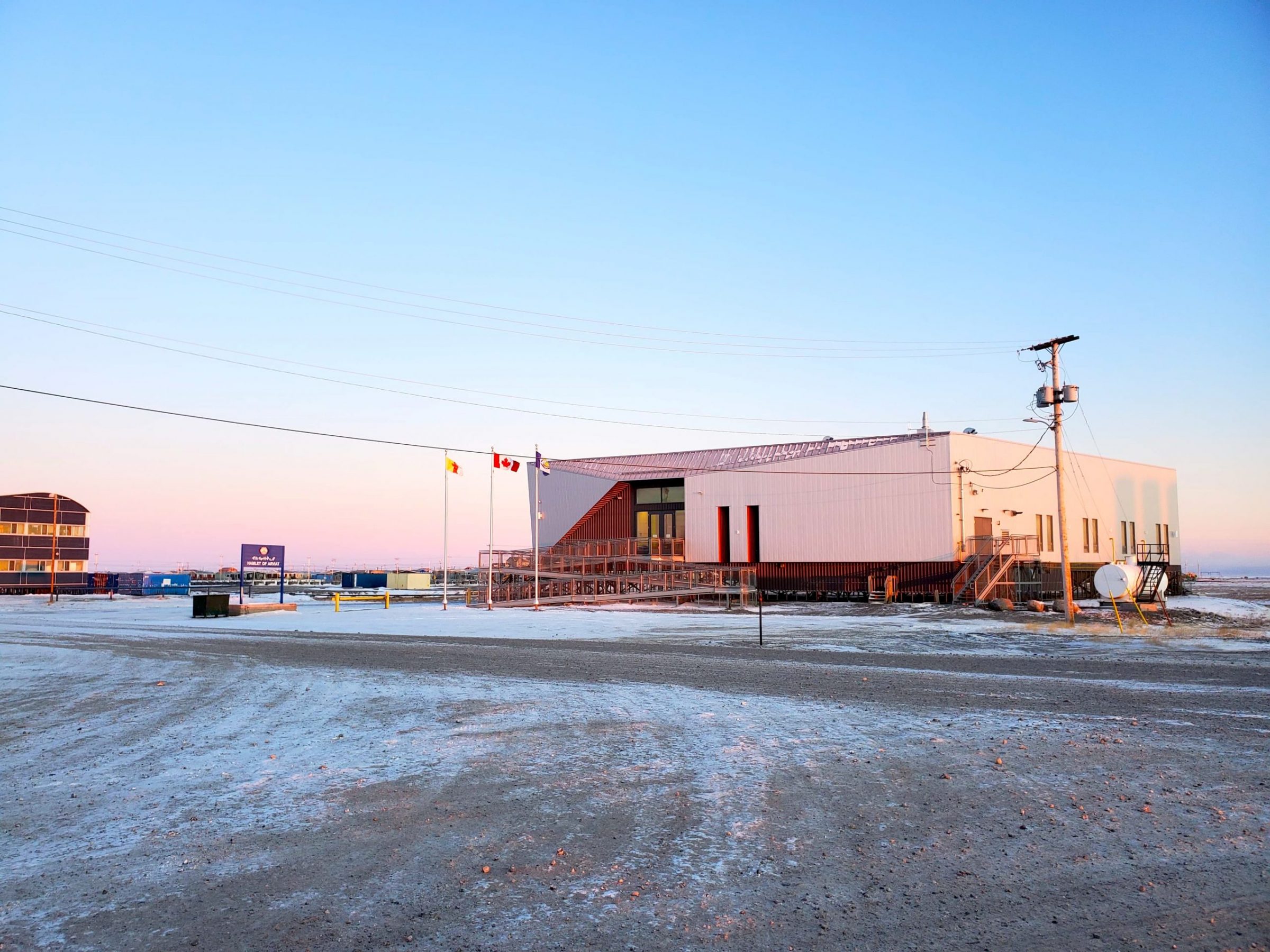 The Hamlet of Arviat declared a two-week local state of emergency Feb. 24 due the ongoing COVID-19 outbreak in the community of about 3,000. With local resources stretched, John Main, MLA for Arviat North, suggests calling in the Canadian Armed Forces to assist could be a good idea. (File photo)

Members of the military could set up tents or other temporary shelters for those living in overcrowded housing units or who are part of the community’s hidden homeless population, Main told Nunatsiaq News.

Setting up tents for residents to self-isolate has been done previously in northern reserves and cities across Canada, particularly for homeless or at-risk persons, Main said.

As well, the military could help to support the local health staff, he said.

“Staff shortages are a continual concern,” Main said. “Burnout is a concern. Residents are putting off non-essential health needs, creating a backlog of needs — and dental services have not been available for months.”

Staff from the local health centre in Arviat have been taking blood from some patients in unheated cold porches, Main said, from “those who are COVID-19-positive or awaiting results, I believe.”

Since last November, 359 people in this Kivalliq community of about 3,000 have contracted COVID-19. As of Tuesday, there were still nine active cases of COVID-19 in Arviat. All of Nunavut’s active cases are in Arviat.

Speaking in the Nunavut legislature Feb. 22, Main asked Premier Joe Savikataaq, also the MLA for Arviat South, whether the territorial government had thought about requesting assistance from the federal government or from the armed forces.

Savikataaq said that decision would be left up to Nunavut’s chief public health officer.

The territorial Public Health Act authorizes the chief public health officer to take any measure for protection of public health during an emergency.

But there is nothing to preclude the Hamlet of Arviat, which already declared a two-week state of emergency starting Feb. 24, from seeking this assistance, according to Nunavut’s Emergency Measures Act.

Nunavut’s Health Department said in a statement to Nunatsiaq News that the government continues to work with the Hamlet of Arviat to provide additional supports and “listen to their needs and issues.”

“The GN is in regular communication with federal government of Canada, but at this time there is not an operational need for greater involvement to contain the spread of COVID-19,” the statement said.

The GN said it has seen a decline in the number of active cases in Arviat, and that “the community is on the right track to contain the spread of the virus.”

The Canadian Armed Forces has been deployed on several occasions during the pandemic to help with COVID-19 outbreaks: the federal government recently sent a team to the Pimicikamak/Cross Lake First Nation reserve, more than 500 kilometres north of Winnipeg.

Among other tasks, soldiers planned to conduct wellness checks and set up and operate alternative isolation arrangements.

Correction: The headline on this article was changed from an earlier version to better reflect that MLA John Main was pointing out what the military could do if it were deployed to Arviat.