Nine-month-old is in stable condition in Winnipeg hospital 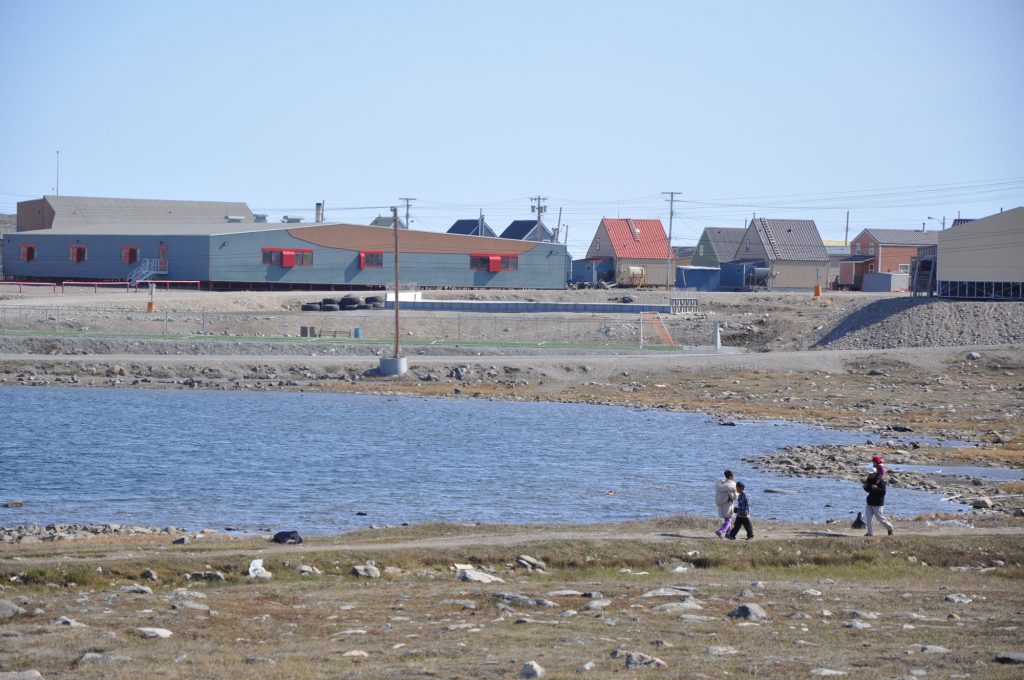 Residents walk along the shore of Williamson Lake in Rankin Inlet. An infant was struck by gunfire July 2 in the Kivalliq community. (Photo by Sarah Rogers)

Nunavut RCMP say a baby has been injured in a shooting that occurred inside a Rankin Inlet home.

Police said officers were called to a firearms incident at a residence in Rankin Inlet on Tuesday, July 2, after a gun was discharged within the home.

During the shooting, a nine-month-old infant in an adjacent room was struck by a bullet, the RCMP said in a July 3 release.

The baby was quickly medevaced to a Winnipeg hospital, where the infant was listed Wednesday as in stable condition.

An investigation into the shooting is ongoing, though police have not said if someone was arrested or charged as a result.

But police are using the shooting to stress the need for Nunavut gun owners to keep their weapons secured.

“I cannot stress enough of the importance of keeping your guns secured properly and that ammunition is stored away from the firearm,” said RCMP spokesman Cpl. Jamie Savikataaq.

“When firearms and ammunition are easily accessible and an individual is not in the right place of mind—the results can be damaging and life altering.”