Barbers back to work as Iqaluit starts to reopen 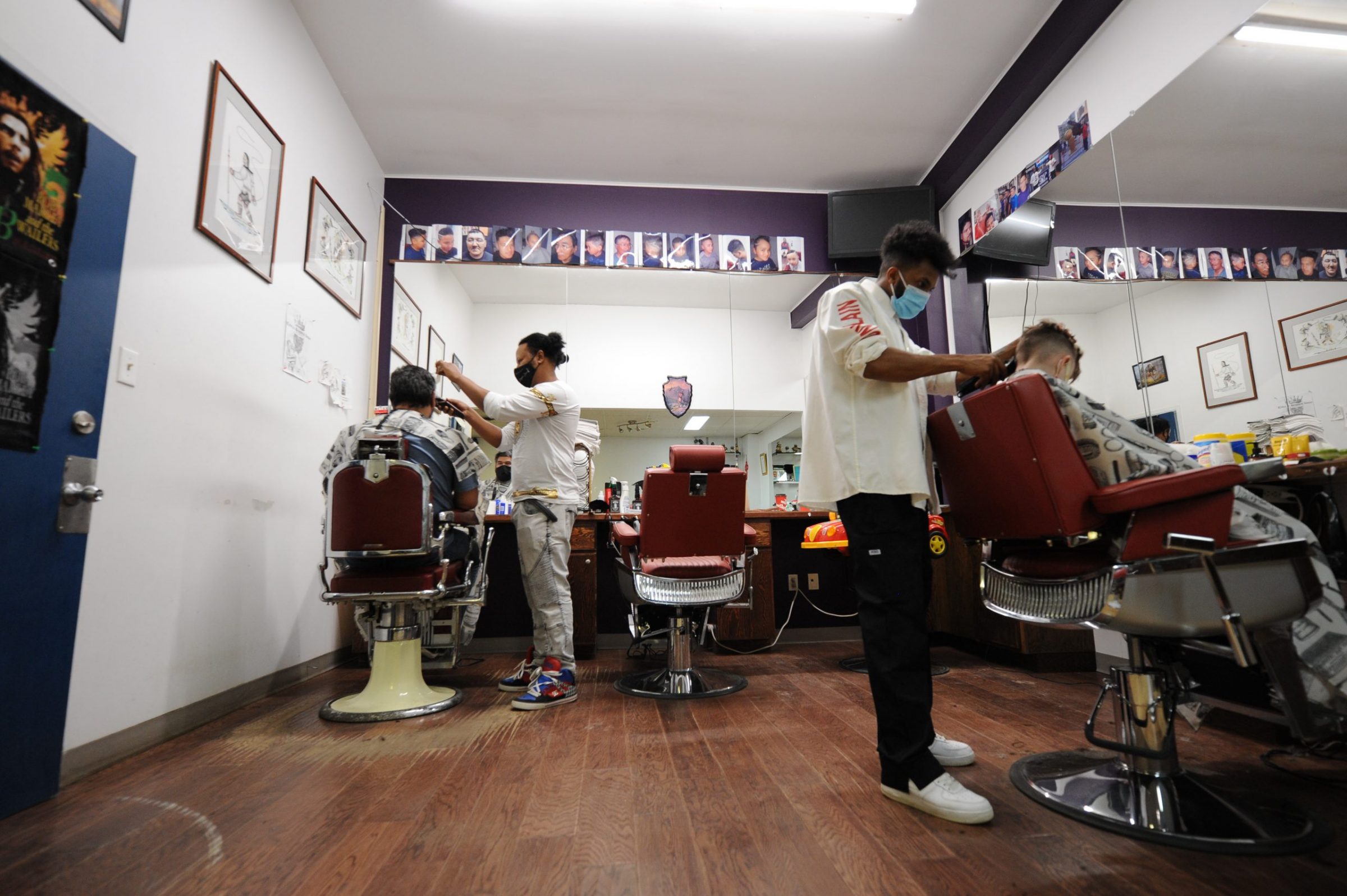 Kings Cut owner Hailu Hunde and assistant barber Surafel Asres get back to work cutting hair on a Friday afternoon. The Government of Nunavut eased restrictions earlier in the week and allowed personal services in the city to reopen after a near two-month lockdown in Iqaluit. But with four new cases Friday, Hunde is concerned the government might scale back. (Photo by David Venn)

It’s a Friday afternoon in Iqaluit, and for the first time in two months, Hailu Hunde, owner of Kings Cut barbershop, is walking to his cash register with a bit of money in his hand.

“Give me some,” says one of his customers, jokingly, putting his hand out.

The crinkles around Hunde’s eyes give away the smile beneath his mask as he shakes his head.

“It’s been too long since I’ve seen money,” he says, placing it in the register and heading back to his station to grab a broom and sweep up the hair from his last patron’s cut.

Personal services, such as barbershops, hairstylists and beauty salons, were permitted to reopen Friday after being closed since the middle of April because of Iqaluit’s COVID-19 outbreak. The Government of Nunavut made the announcement Monday and Hunde has been fielding calls ever since.

He and his assistant barber, Surafel Asres, take on new clients — a father, Joamie Gideonie, and son.

Gideonie is a Montreal Canadiens fan and also needs a haircut.

“Did you enjoy the lockdown?” Gideonie asks as Hunde works the clipper around his head.

Kings Cut has been open for seven years in Iqaluit, but the last two months were some of the hardest months he’s faced in the industry.

In 2008, Hunde ran a barbershop in Calgary during the recession. He says that didn’t affect him nearly as badly as the pandemic did.

“The barbershop business is recession-proof,” Hunde says. “Not pandemic-[proof].”

He says he had little-to-no income since the middle of April, when the lockdown began.

“I was just praying for this thing to be done,” he says later on, taking a quick break in between clients. “I can’t do much because it’s not in my hands.”

Gerard Gibbons, a painter with Northview, sits on the salmon-coloured retro chair with a bit of Jackie Wilson’s Higher and Higher playing in the background.

Gibbons wants what the last guy got and tells Hunde.

“If you hadn’t seen that guy, how are you going to explain how you want your hair cut?” Hunde asks.

“Sometimes I get a haircut and they shave [my head],” he says, and they laugh. When Hunde finishes, he tells Gibbons for next time: two or three inches on the top and use clippers on the sides. 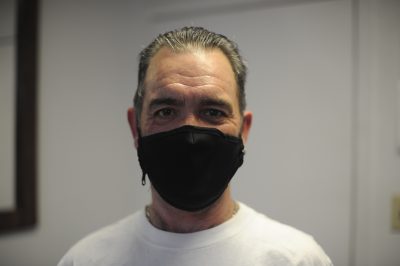 For Gerard Gibbons’s next haircut: Two or three inches on the top and a three on the sides. (Photo by David Venn)

More than getting their source of income back, Hunde and Asres, who began working at the shop only weeks before lockdown, are glad to be back doing what they enjoy.

“This is the job I like —” Hunde says, then quickly corrects himself, “— I love.”

The return to work has been so busy, Kings Cut is booked until next Friday. People pop their heads in while Hunde is working and he books them a spot. At one point, he holds both his cell and work phone in his hands, asking one customer to wait a moment while he finishes with the other, and books them appointments.

It’s a welcome change, Hunde says, but there are four new COVID-19 cases in Iqaluit Friday, and he can’t help but think what might happen if the numbers continue to grow.

“We are back for good this time,” Hunde tells someone on the phone. “But we don’t know how long.”