Bell’s ‘polarizing’ approach could only go so far

Iqaluit needs a unifier, after three years of the politics of division 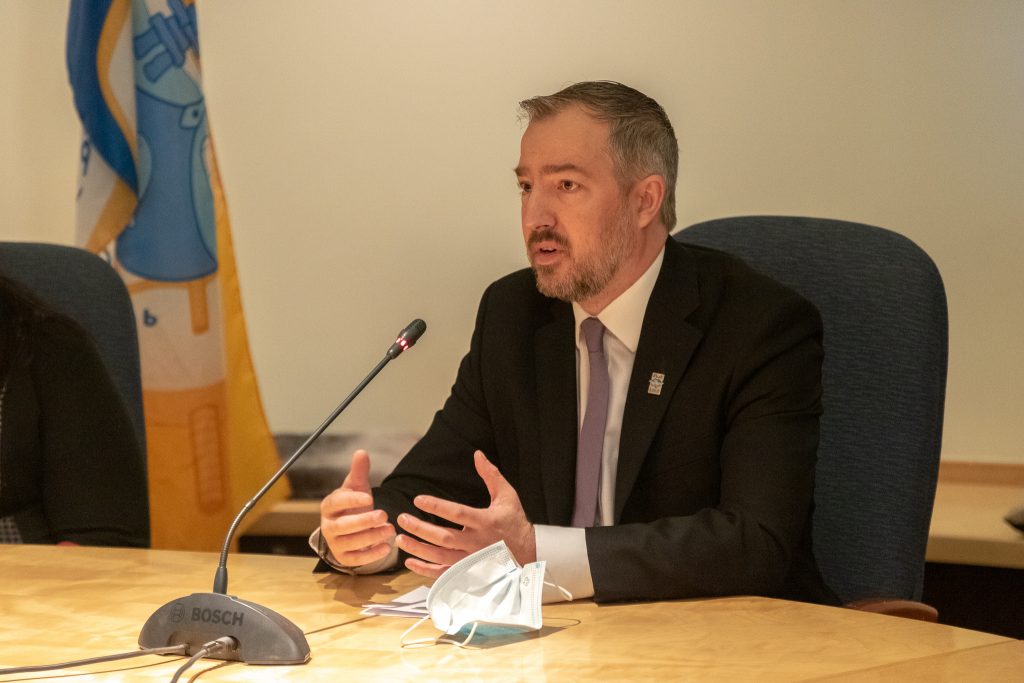 Iqalummiut should hope for a unifier — instead of a divider — when the city picks a replacement for Mayor Kenny Bell, who resigned his post via Twitter on Tuesday.

In a 2020 interview marking the end of his first year in office, Bell almost bragged about being “a polarizing individual.” At that point, a year into the Kenny Bell era, we had no idea how apt that description was.

Bell’s three years as mayor were a roller-coaster ride. He leaves behind a legacy of some accomplishments, but his combative nature resulted in missed opportunities that a more conciliatory leader might have cashed in on.

During his tenure, there were dizzying highs, including the securing of $214 million in federal funding to improve the city’s water infrastructure.

And there were dismal lows which, of course, included the two-month water emergency in 2021 caused by the contamination of the city’s water supply by diesel fuel.

He tangled with journalists who covered city hall, perhaps in a bid to deflect from the problems at hand.

At one point, he froze out some Nunatsiaq News journalists, vowing not to talk to them. (It’s a reminder of the adage never to argue with someone who buys ink by the barrel.)

On Oct. 15, 2021 — while citizens of his city were lining up for bottled water handouts because they couldn’t drink their own tap water — Bell lambasted Nunatsiaq News over the criticism its readers hurled at him and at city hall.

In classic shoot-the-messenger fashion, Bell ripped the paper over the many reader comments that called for both him and chief administrative officer Amy Elgersma to resign or be fired over the tainted water mess.

Bell said he, as a politician, was fair game, but criticizing staff was off-limits.

He slammed the comments section, calling it a “vile cesspit of nonsense” — the kind of colourful phrase that made us want to offer him a job.

His coup de grace — or coup de Northmart — was that time in April when Bell punched a guy in front of the grocery store.

On a Friday afternoon, His Worship ducked into the store to do some shopping, only to be confronted by a gentleman who professed his desire to fight the mayor. The man’s first swing struck the mayor around the shoulder, according to Bell’s account of it on Facebook.

Next thing ya know, His Worship “popped him in the jaw with a left.”

In the most colourful mayoral turn of phrase since “vile cesspit,” Bell said the man’s knees buckled, “he did the stanky leg” and ran away.

We know all this because Bell ran home and told the world about it … on Facebook, then seemed surprised that news websites across the North lit up with the retelling of that bizarre incident.

Trust me, Your Worship, when the mayor of a capital city anywhere in the world gets in a scrap at the grocery store, it’s gonna be a headline.

Over the past two years, Nunatsiaq News tried hard and sincerely to mend fences with Bell. There’s never going to be a chummy relationship between a mayor and the journalists who cover him. Nor should there be. But it should be cordial and professional. We did our part.

We told Bell several times his dismissal of the local media was a disservice to our readers and his constituents. It fell on deaf ears.

Since 2016, the world has witnessed a willingness to embrace the politics of division. In the United States, in federal and provincial politics in Canada, and at the municipal level in Iqaluit.

As alluring as it is to elect a take-no-prisoners leader, their approach gets old fast.

The door is open. If you’re open-minded and fair, you’ll find it is neither vile, nor a cesspit, nor nonsense.