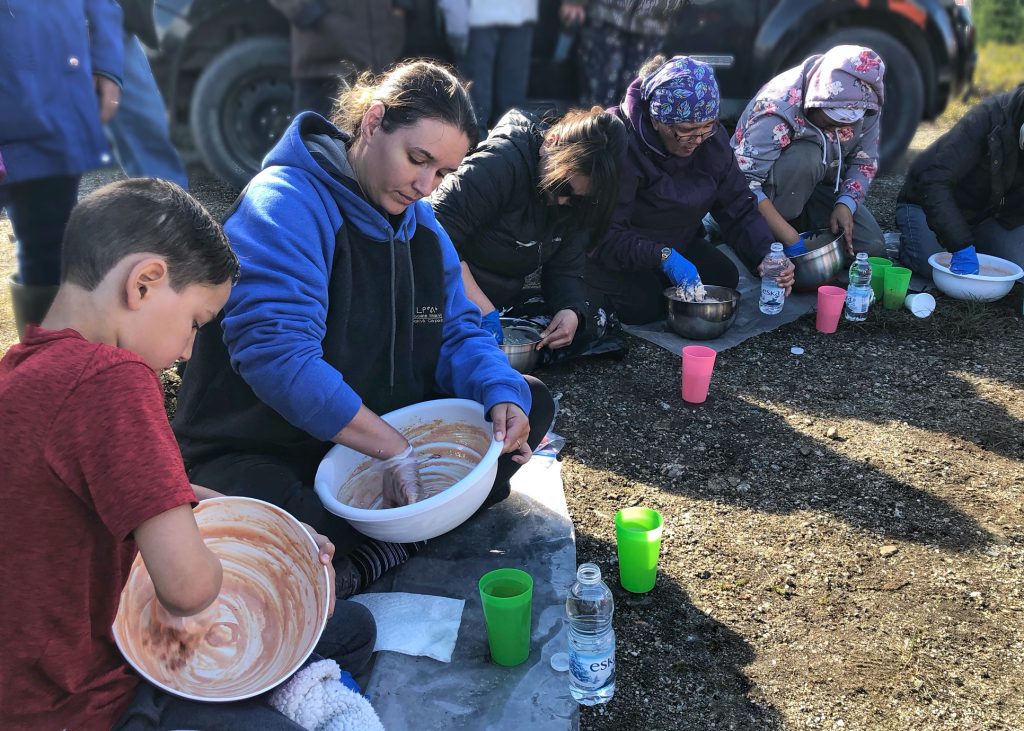 Sylvia Labranche of Kuujjuaq and her son Tyson make suvalik after spending the day picking berries on Sept. 12. Suvalik is sometimes described as an Inuit fruit salad, made from a mayonaise-like emulsion of fish eggs and oil, with fresh berries added later. Tyson won a total of $450 that day during competitions organized by the local recreation committee. He won $200 by placing first in his age category for picking blackberries, with a haul of 5.9 pounds, and $100 for third place picking blueberries, with half a pound. He later won another $150 for placing second in the suvalik-making contest. “Not bad for a day out with his mom,” writes photographer Isabelle Dubois. (Photo by Isabelle Dubois)