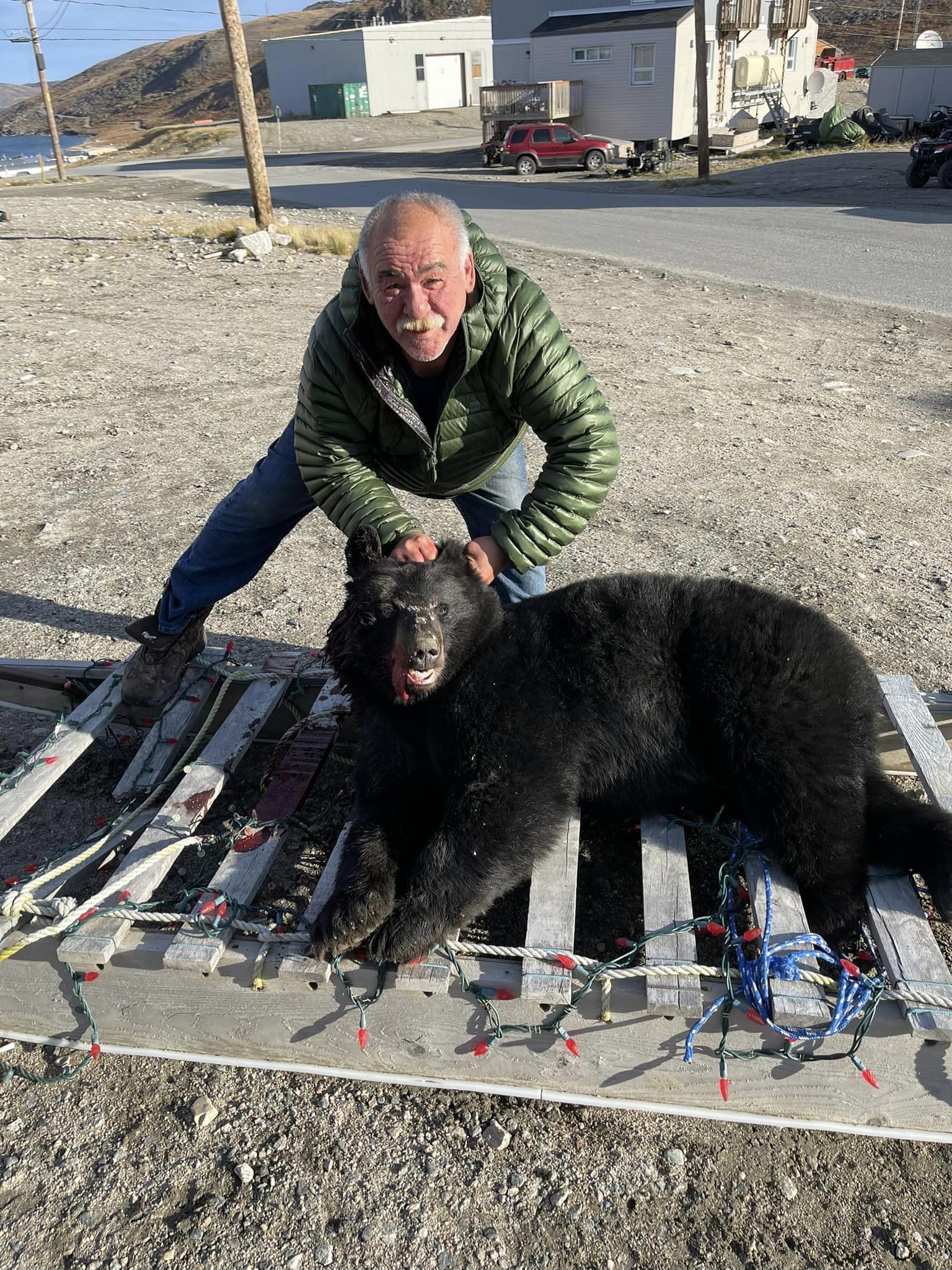 Charlie Ikey poses with the black bear he shot Sunday morning. The young bear had been spotted in a residential area in Salluit last week and several times in the days that followed. (Photo courtesy of Kaitak Ikey)

Animal was spotted walking through residential areas, ripping garbage boxes off their mounts days before it was killed

A black bear was shot and killed in Salluit Sunday morning after multiple sightings of the animal roaming through town.

The bear was first spotted near the community’s youth detention centre last week and then seen again a few times in the days that followed, said Michael Cameron, Uumajuit wardens coordinator for Kativik Regional Government.

“The town has been on the lookout for it since the first sighting,” he said in a Facebook message.

The hunt and harvest were done according to Quebec’s Ministry of Forests, Wildlife and Parks rules, he said.

Black bears are not common in Salluit, but over the past six years sightings close to the community have become more frequent.

The one that was shot, likely a three- or four-year-old juvenile, was a “nuisance bear” that could have potentially attacked someone.

“We’re always concerned for the population when wildlife enters the town as this was practically roaming around parts of residential areas, ripping garbage boxes from their mounts off a couple of houses,” Cameron said.

“With many children out playing, for sure any wild animal is worrisome.”