Bob Hanson remembered for his love of family, community

Celebration of life Friday for dedicated community member, 75, who devoted his life to helping people in Iqaluit 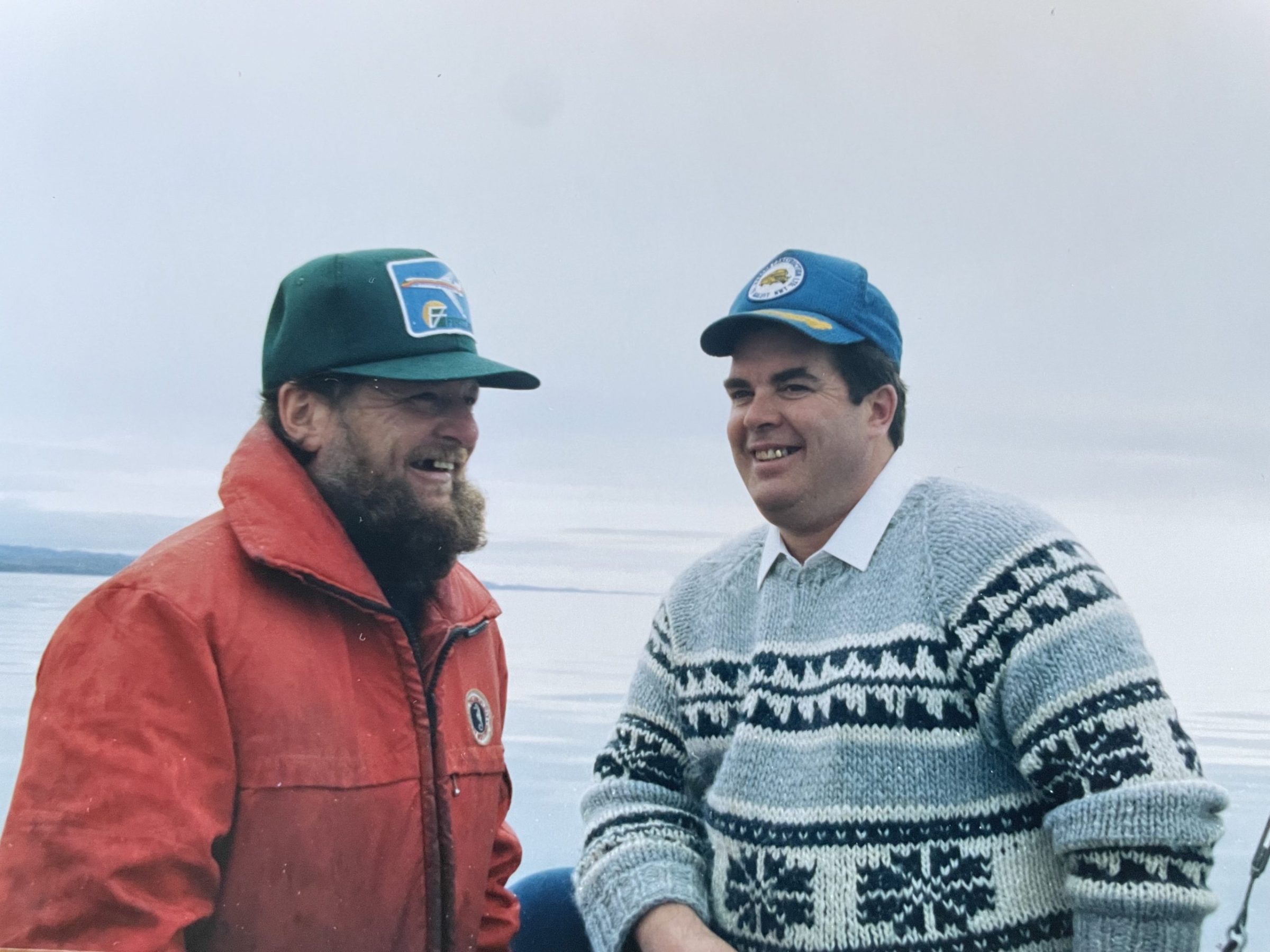 Bob Hanson, right, with his friend Bruce Huylan on a boat in Iqaluit in 1986. A celebration of life for Bob Hanson will be held Friday in Iqaluit. (Photo courtesy of Ann Hanson) 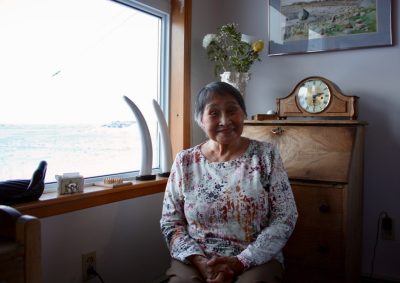 Ann Hanson is shown in her living room in Apex on Wednesday. (Photo by Emma Tranter)

It seemed like Bob Hanson was always at the centre of Iqaluit’s growth from a small town to a capital city.

“His resume reads like a compilation of several men,” an obituary written by his family says.

Hanson died Nov. 7 at the age of 75, at the Ottawa Civic Hospital.

As described by his family, his contributions to Iqaluit were immeasurable.

Hanson first came to Iqaluit from New Brunswick in June 1965, at the age of 18, where he met his wife, Ann. The two were together for 56 years and have five daughters, 10 grandchildren and four great-grandchildren.

He also served as the coroner, volunteered as Santa Claus, and most recently was chair of the Uquutaq Society in Iqaluit.

Sitting in her home in Apex as the sun starts to set around 2 p.m., Ann Hanson doesn’t miss a beat when asked how her husband kept up with his various jobs and volunteer work.

“It was part of living. Just part of our community living.”

Ann said Bob was a loving father, who was always around for his children despite his busy lifestyle.

“It takes a village to raise a child. Bob understood that,” she said.

In his little free time, Hanson loved hunting and spending time out on the land. Ann said the first Inuktitut phrase her husband learned was, “Do you want to go hunting?”

He also received the nickname, ‘Ningauk,’ meaning son-in-law, from people in the community.

“He was well-respected,” said Ann, herself a former commissioner of the territory.

Hanson is probably best known for his service that brought in cargo each sealift season. He established R.L. Hanson Construction with Ann.

The service “moved just about everything, from a piece of two-by-four lumber, to the Queen,” his obituary said.

“He left a big legacy to both Iqaluit and Apex,” Nunavut Premier P.J. Akeeagok told the legislative assembly in a statement Nov. 8.

“Niaqunnguut will never be the same again, understandably as he did everything in his power to assist Iqalummiut and the whole of Nunavut, due to his immense contributions,” the premier added

“I think we would all be hard-pressed to find such a prominent family that have contributed so much to the positive development and just a positive attitude around people all across this territory, but especially here in Iqaluit,” Hickes said.

A celebration of Bob Hanson’s life will be held Friday at St. Jude Anglican Church starting at 1:15 p.m., followed by a reception at Cadet Hall.

His ashes will be spread on the sealift beach and some of the places he and Ann spent their walking dates, among other places.