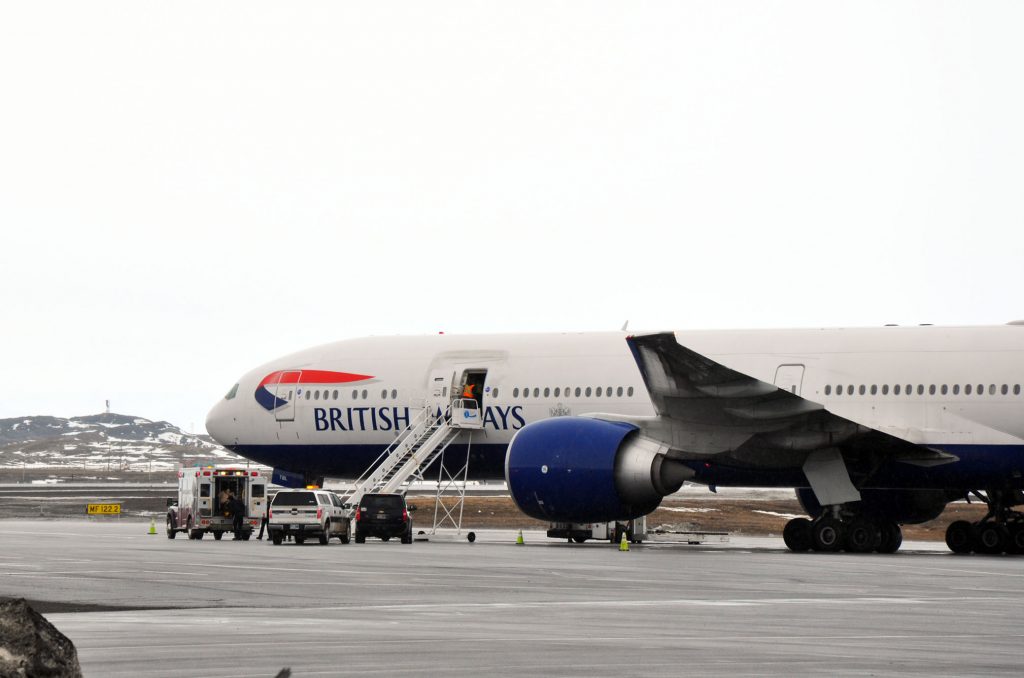 A British Airways Boeing 777 lands in Iqaluit at about 4 p.m. on Thursday, May 9. BA Flight 273 was en route from London to San Diego when it diverted to Iqaluit for a reported medical emergency. At least one passenger was offloaded and taken by ambulance to Qikiqtani General Hospital. The aircraft remained on the tarmac and other passengers did not disembark. The flight continued on at about 6:30 p.m. A British Airways spokesperson said later that a passenger had been “unwell.” (Photo by Sarah Rogers)