“The overcrowding situation is pretty dire in the North” 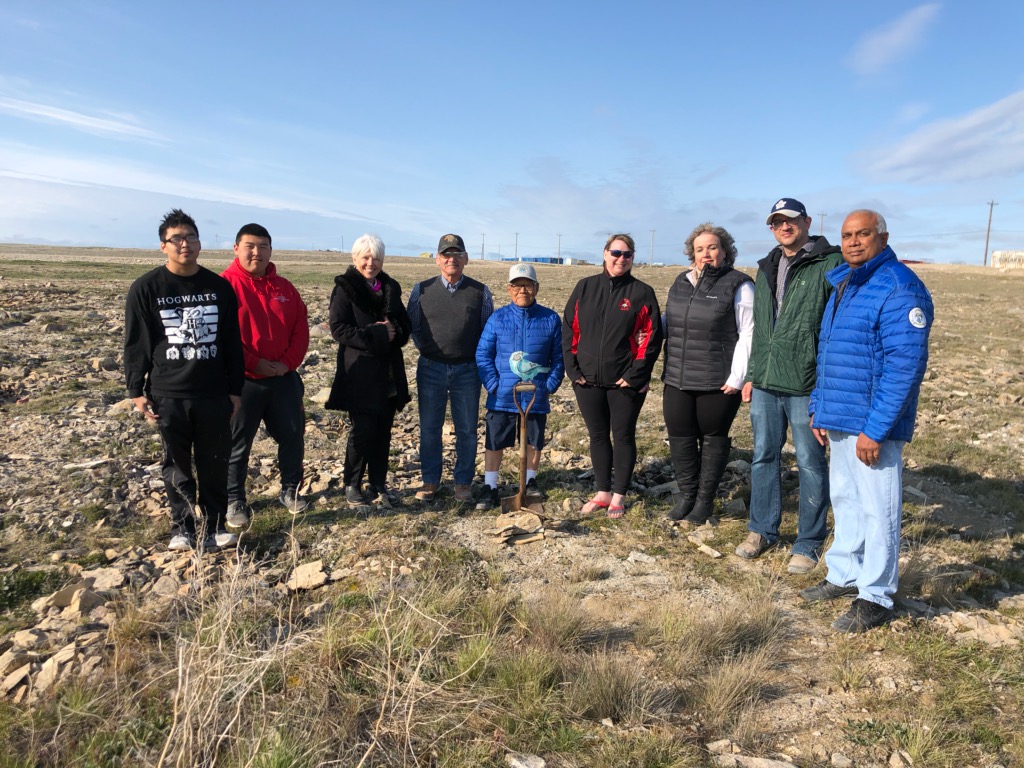 The municipality of Cambridge Bay is exploring the possibility of building tiny homes to help ease its housing shortage.

The rationale behind the pilot project is twofold. It could encourage young people to stay and work in their home community by offering an affordable place to live.

And it could also address the lack of housing that roots much deeper in the social issues of northern regions.

“Social issues can be tied back to inadequate housing. There’s suicides because of overcrowding, drug abuse, spousal assault … the overcrowding situation is pretty dire in the North.”

The proposal of a tiny home development for the Kitikmeot hub was written into the 2015-2035 community plan. It suggested a pilot project for tiny homes to offer more diverse types of housing, including non-conventional styles.

After taking some time to work it over and develop a concept, the working group on the pilot project is hosting a design meeting with Yellowknife architect Vince Barter.

From there, they’ll figure the shape and configuration of the homes, based on community needs.

Limousin figured they would be around 450 square feet in size, which is on the larger end for a traditional tiny home—usually averaging less than 400 square feet, efficiently laid out to accommodate one or two beds, a kitchen, bathroom and communal space, often all in one area.

There will be specific requirements for the homes in Cambridge Bay, Limousin said—for example, mud rooms to keep the cold out.

“I think once we start working on looking at the architectural program for the houses and start sketching things out, we’ll look at: are we in a box, a circle, a rectangle,” said Limousin.

A site for the development has already been chosen, to the west of the new water treatment plant.

The current idea is to create pods of tiny homes, with a shared central building for laundry, as well as systems for sewer and power. The hope is to have them operate on a microgrid with wind or solar systems.

“It’s a higher cost to install, but lower to operate,” said Limousin. “We’re in partnership with Polar Knowledge on that piece and they’re working with us as advisors here in the community.”

By comparison, the cost to build a single public housing unit is $500,000, according to a 2016 Nunavut Housing Corp. report, while a five-plex costs $2.2 million.

“Is it a not-for profit, is it a development corporation, is it a mixture of private home ownership and not-for-profit?” said Limousin.

“Community ownership is certainly really important, but what happens, and what I don’t want to happen, is, say I buy a unit in there for $150,000 and flip it for $270,000. We want it to stay in the not-for-profit housing model.”

This keeps the homes within reach of a range of residents, from people transitioning out of shelters to those young people returning to the community, wanting to stay and work.

“They can’t enter into the housing market because it’s not affordable,” said Limousin. “Here is somewhere they can build equity in a small home.”

Once all of these pieces are in place, including design and means of construction, a model for ownership of the units and powering them, Limousin said they’ll be able to start soliciting funding for the project. Until then, funding from Crown-Indigenous Relations and Northern Affairs Canada has been provided for the project’s design and planning.

If this pilot project is a success, Limousin said, and a tiny home model is developed that’s culturally appropriate, robust enough for the northern clime and affordable, it could be replicated across the North.