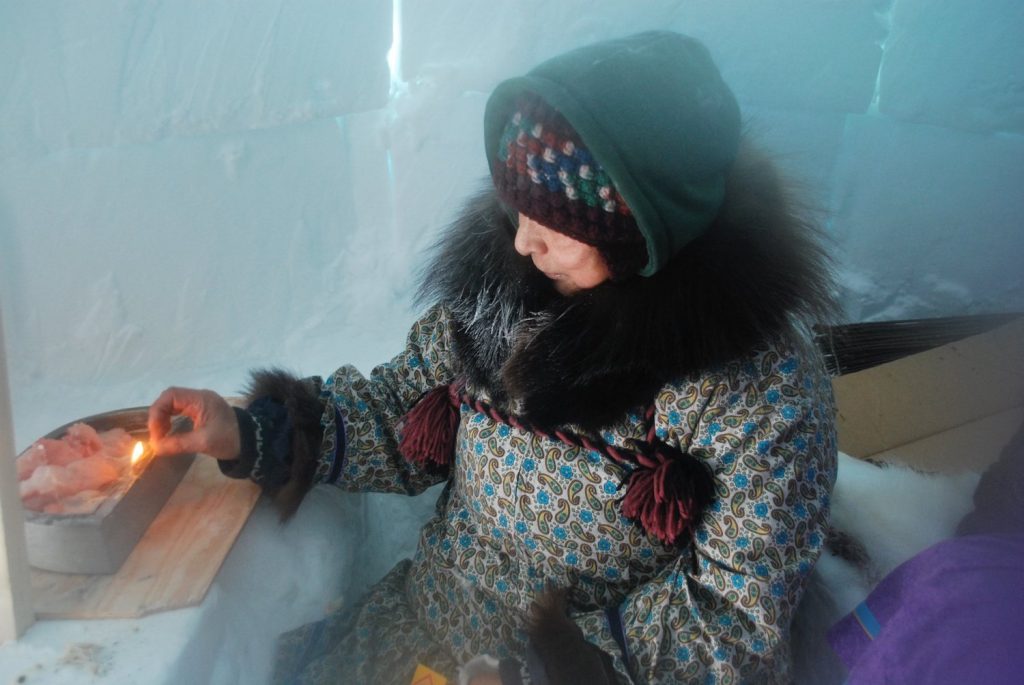 Mary Avalak tends a kullik as she sits in a snow house built during one the historical society’s elders camps. (Photo courtesy of the Pitquhirnikkut Ilihautiniq / Kitikmeot Heritage Society)

Cambridge Bay lost a beloved elder this past weekend with the passing of Mary Akhayok Avalak, 70, on Feb. 23.

Avalak had been ill for some time. 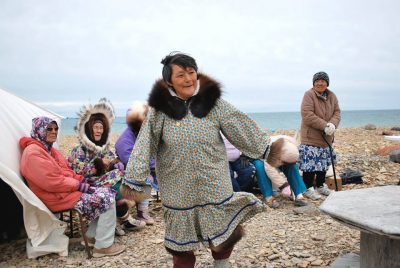 “We know she is resting and not in any pain, we will forever have her in our thoughts, as she was such an instrumental light to our organization,” said Pamela Gross, who is the executive director of the Pitquhirnikkut Ilihautiniq Kitikmeot Heritage Society, as well as the mayor of Cambridge Bay.

Avalak was one of the society’s elders-in-residence who participated in many traditional knowledge and sewing projects.

Avalak learned how to speak English while attending residential school, and she condemned the move to take Inuinnait children off the land in the 1950s and 1960s.

“It was very rude. That’s why we’re all mixed up in Cambridge Bay. If it wasn’t like that, we would all be speaking Inuinnaqtun,” Avalak told Nunatsiaq News in an earlier interview.

Avalak spent her early childhood living on the land near Wellington Bay with her parents and grandparents. She was brought up in a snow house during the winter, learning how to sew, butcher meat and trap.

She only attended Grade 1 in a residential school, but it left a lasting impact on her.

As an elder-in-residence Avalak could often be found in the May Hakongak Community Library where she and other elders would help sew for various projects, including a series of wall-hangings commissioned for the Canadian High Arctic Research Station in Cambridge Bay.

“Akhayok embodied what our elders strive to do and that is to pass on their wisdom and knowledge to those that are here with us,” Gross said.

“We all have teachings, memories and lessons from her that we will treasure and pass on from her. Her words of wisdom, traditional teachings, and compassion to contribute to Inuinnait culture, language preservation, and sharing the art of our ancestors has had a profound impact.”

“We will greatly miss her love, humour and her true essence that she brought to our lives. Our hearts go out to all of those who are grieving her precious spirit.”