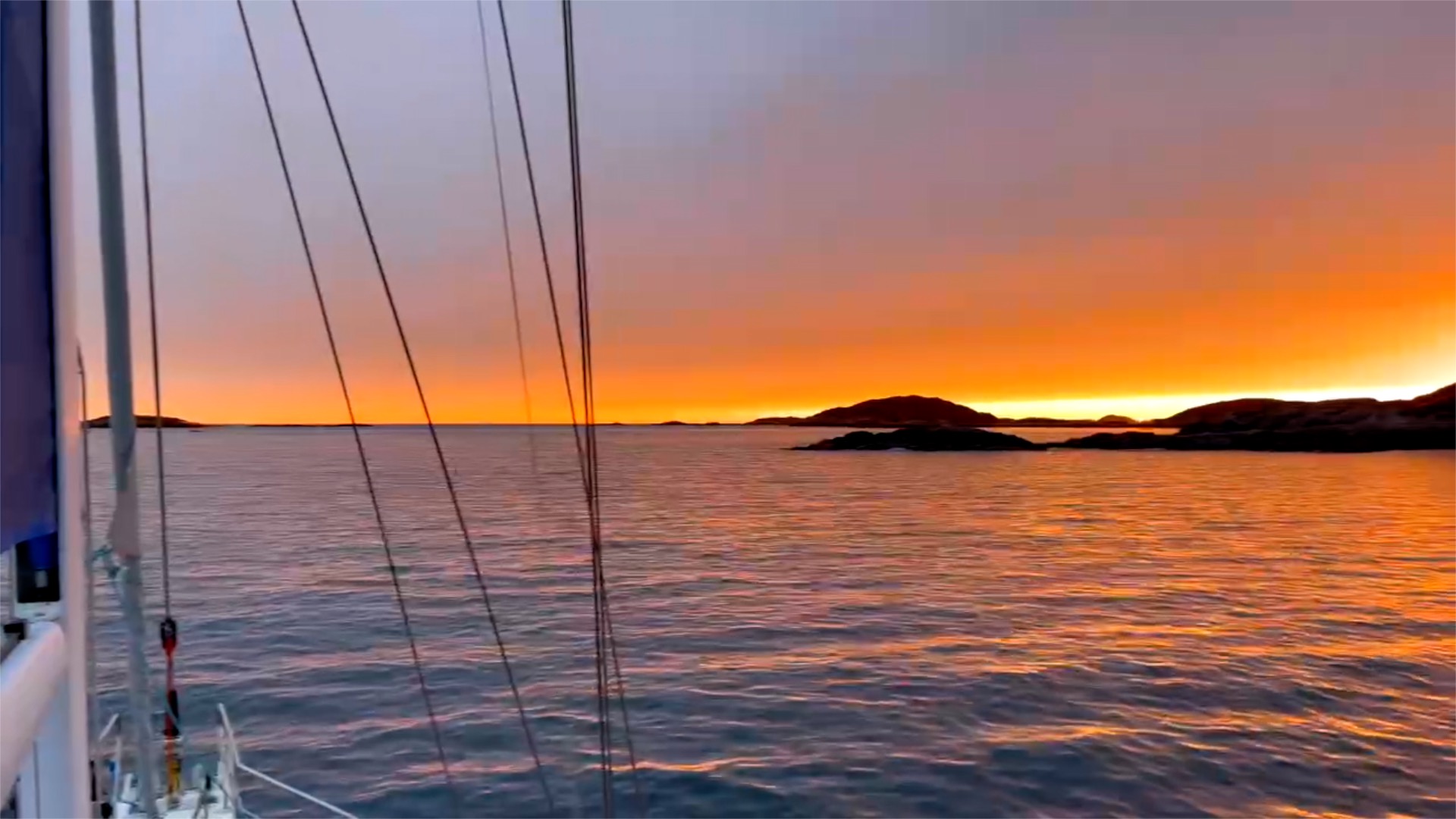 A view from the sailboat of Zhai Mo, who is trying to sail around the Arctic. Transport Canada recently warned the Chinese sailor that foreign boats are prohibited from travelling through the Northwest Passage for pleasure or recreational purposes, due to COVID-19 concerns. (Screenshot courtesy of China Global Television Network)

“Captain Zhai Mo has not entered Canadian Arctic waters,” Transport Canada stated in an email to Nunatsiaq News on Sept. 17.

Chinese media claim Mo was stopped at Lancaster Sound, in the Northwest Passage.

Mo, along with two crew members, is sailing a 25-metre boat that is fully solar powered and sponsored by Chinese telecom corporation China Mobile.

He is well known in China for his quest to sail non-stop around the Arctic Ocean and his travels are being closely covered by Chinese state media. Mo claims his journey, which he is video-blogging, will be the first of its kind.

Transport Canada told Nunatsiaq News it emailed Mo to relay that foreign boats going through the country’s waters for recreation or pleasure are temporarily prohibited due to COVID-19.

Transport Canada added it had seen reports that Mo now plans to avoid Canadian waters and the department “is monitoring the situation.”

According to Chinese state media, Mo is scheduled to return to China by the end of the year.