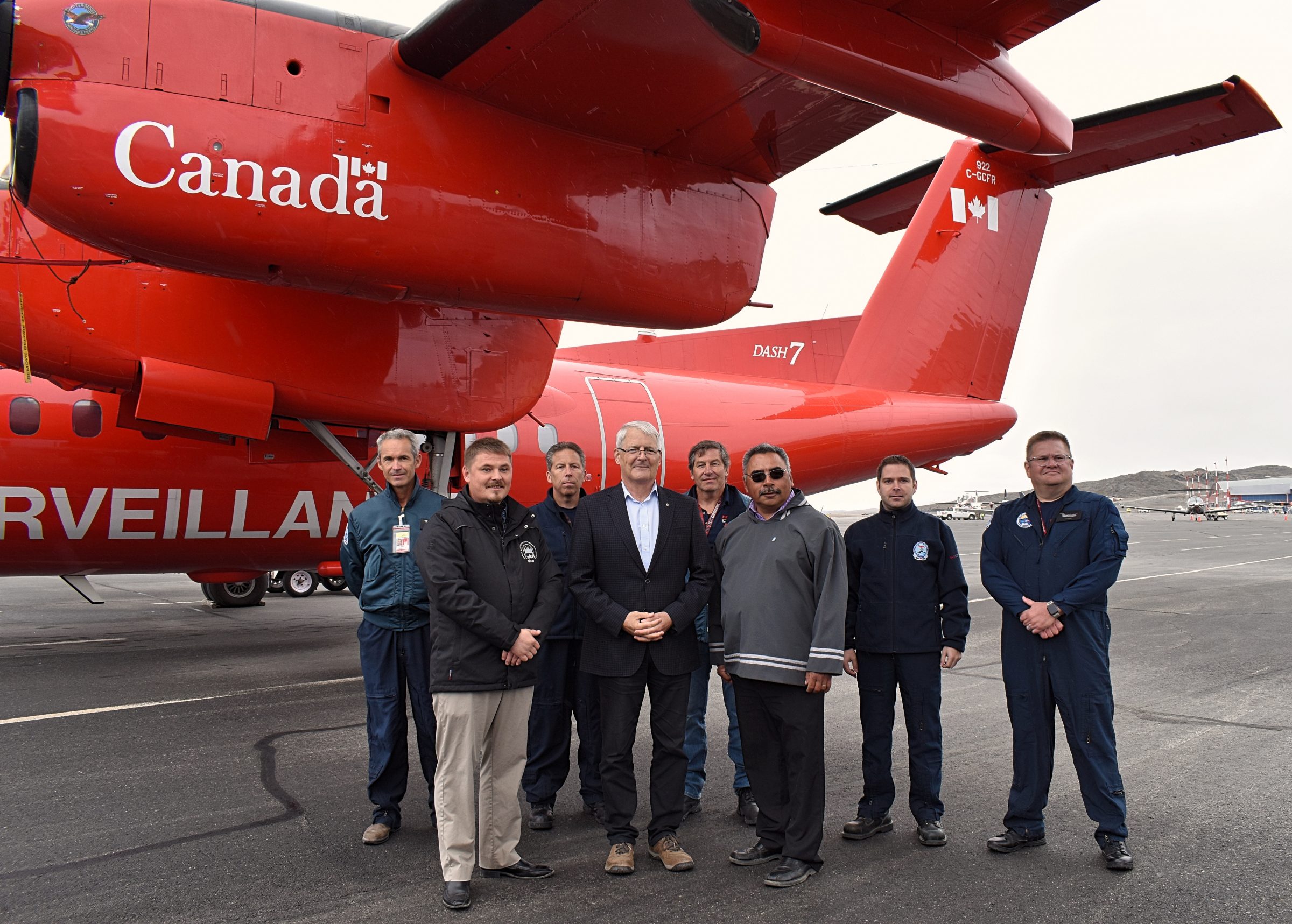 Many of the funding announcements, which range from community infrastructure to environmental research, are related to the federal government’s Oceans Protection Plan—a $1.5-billion program focused on protecting Canada’s coastlines.

Multiple Iqaluit-area projects received money: within the city, $2.3 million will go towards designing a hangar for a new National Aerial Surveillance Program complex, and nearby in Frobisher Bay, more than $430,000 will be split between two marine environmental data collection projects, one by the Government of Nunavut and one by SmartICE.

The National Aerial Surveillance Program complex will include office space, an incident command post and briefing rooms. The hangar, which will be built at the Iqaluit airport, will be designed over the next year by EVOQ Architecture. The hangar and facilities should be completed by 2023.

Meanwhile, the environmental data projects in Frobisher Bay are part of the Coastal Environmental Baseline Program—a program meant to study areas with high or potentially high vessel traffic, connecting scientists with coastal and Indigenous communities. The program is part of the Oceans Protection Plan.

Garneau announced the funds on behalf of Jonathan Wilkinson, the minister of fisheries, oceans and the Canadian Coast Guard. “What we want to do is to gather a baseline of what is the state of the coastal waters and its ecosystem at the moment,” said Garneau.

The GN’s project will look at things like the density and biomass of renewable marine resources, like fish, and contamination levels in seaweed, while SmartICE’s project will, in collaboration with the Amaruq Hunters and Trappers Association, monitor sea ice near communities and collect environmental data.

Outside Iqaluit, funds also went towards community engagement in the Oceans Protection Plan, with $300,000 each going to the Qikiqtani Inuit Association and the Nunavut Impact Review Board.

These funds come from the Indigenous and Local Communities Engagement and Partnership Program, which helps communities better participate in Oceans Protection Plan initiatives and the marine safety system.

The QIA will use the money to fund engagement activities on Oceans Protection Plan initiatives, as well as ongoing participation in marine safety, while the NIRB will use its funds to participate in the marine safety system and improve the capacity of the Nunavut Marine Council.

Garneau also announced that, under the Oceans Protection Plan, harbours will be built in Grise Fiord and Resolute Bay.

Working with the QIA and the Government of Nunavut to design the harbours and fund construction, Transport Canada is providing $76.5 million over seven years towards the project, as part of a $190-million fund for infrastructure for communities in the Tallurutiup Imanga area.

QIA President P.J. Akeeagok said that, in partnership with the Department of Fisheries and Oceans, they have been conducting a feasibility study and hope the report will be ready before the next fiscal year.

The report should spark the next steps towards construction, said Akeeagok, which “Inuit in the communities have been waiting for many decades in terms of realizing that vision.”