Official opening of the building is “imminent,” says rep 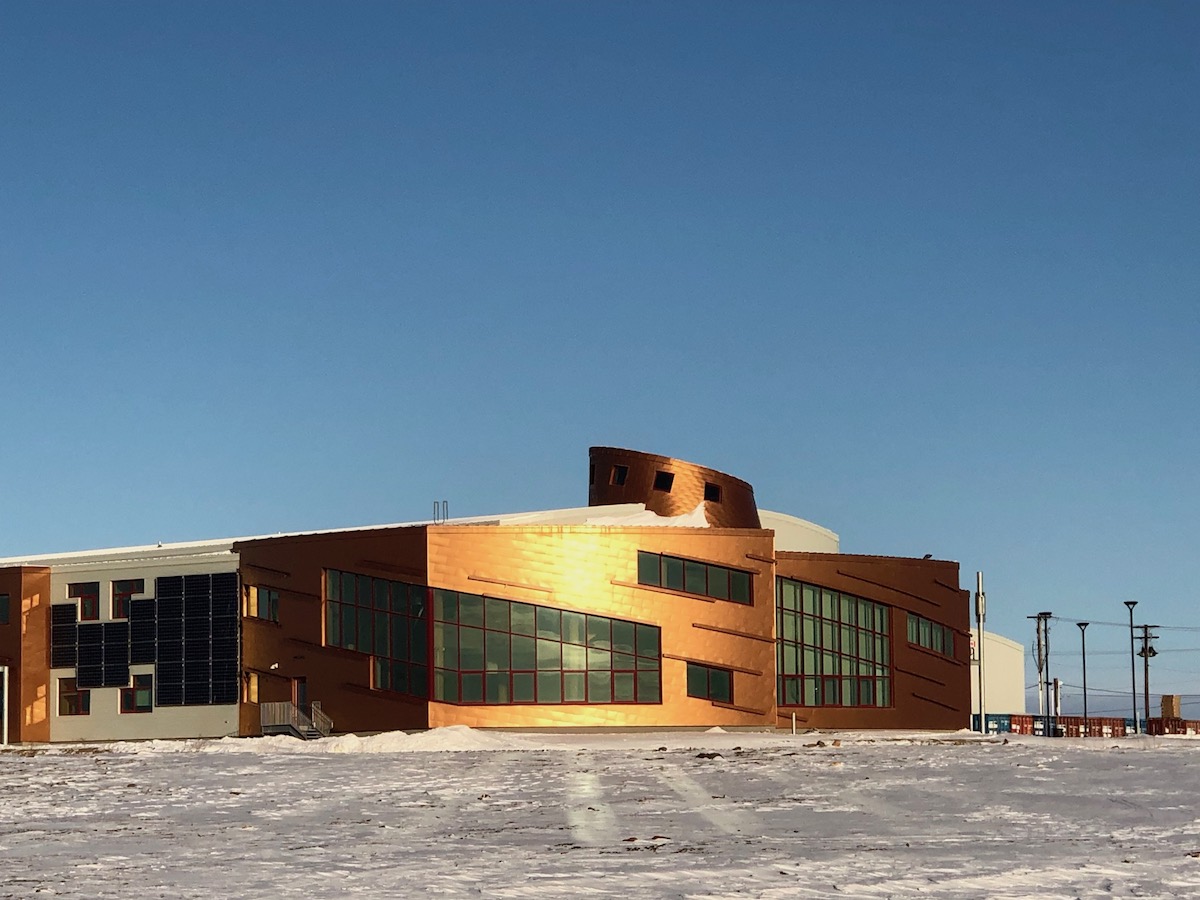 Behold the beautiful main research building of the Canadian High Research Station in Cambridge Bay, which hasn’t officially opened yet. But now you can book space in the massive building if you meet the criteria set out by Polar Knowledge Canada. (Photo by Jane George) 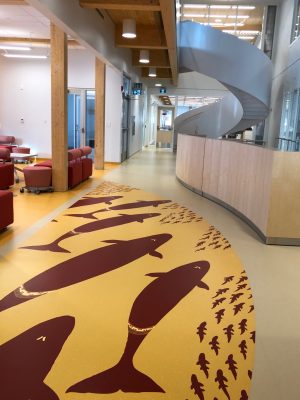 Imagine hanging out in this lounge area, part of the public spaces that Polar Knowledge plans to let some groups use inside the main research building of the Canadian High Arctic Research Station in Cambridge Bay. (Photo by Jane George)

But there’s a new development that may bring some life into the cavernous complex: you can now rent certain spaces—at no cost—in the art-filled 7,900 square metres of the largely unused main research building.

However, these won’t be available for personal parties.

Polar Knowledge Canada, the federal agency in charge of CHARS, says it will make its public areas available to “Indigenous organizations and knowledge holders, national and international research bodies, universities, as well as federal and territorial governments for events.”

But they have to align with Polar Knowledge’s mandate, which aims to “advance knowledge of the Canadian Arctic,” “promote the development and dissemination of knowledge of the other circumpolar regions” and “strengthen Canada’s leadership on Arctic issues.”

If they do meet the above criteria, there is no cost to book or use the CHARS campus public areas, Polar Knowledge told Nunatsiaq News.

Meeting, conference and breakout rooms are available. These include the 9.8-metre round Knowledge Sharing Centre, a lounge, a multi-use space with a stage that can accommodate 126, interview rooms, meeting rooms, a boardroom with a long table for 28, computing laboratories and 18 computer stations. 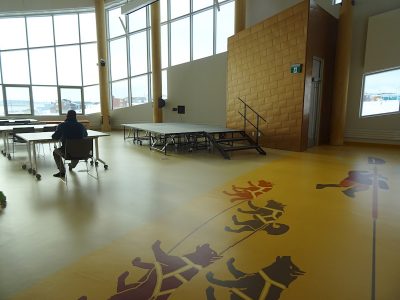 This multi-use space is among those that Polar Knowledge plans to let some groups use inside the main research building of CHARS. (Photo by Jane George)

As for the completion of the main research building (which has looked complete for at least two years), this is “imminent,” said Marie-Eve LaRocque, the manager of communications for Polar Knowledge.

The formal opening date of the completed campus (which includes the main research building, a large maintenance building and some triplex units) is still to be confirmed, she said.

“Upon completion of construction, we will proceed to the handover of the CHARS campus from Crown-Indigenous Relations and Northern Affairs Canada to Polar,” she said.

The various administrative delays to the opening of CHARS included an amendment to the Federal Real Property Act to allow Polar Knowledge to be treated as a Crown corporation for the purpose of assuming ownership of CHARS.

Announced by Prime Minister Stephen Harper in 2012, CHARS cost $142.4 million to build, $46.2 million to ramp up, and now costs about $7.1 million a year to operate, rolled into Polar Knowledge’s budget of about $29 million.