Carolyn Bennett to apologize for Ahiarmiut relocations on Jan. 22 in Arviat

“Vindication, not just for me but for my family and our ancestors” 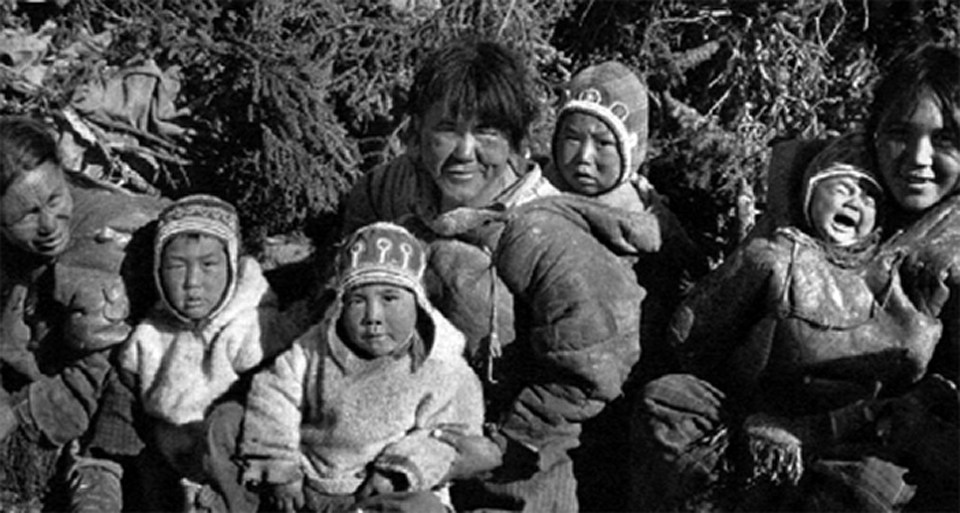 A family of Ahiarmiut, including David Serkoak, pictured behind his mother Mary Qahug Miki (centre) at Ennadai Lake in the mid-1950s before the Canadian government forceably relocated them. (File photo)

Carolyn Bennett, the minister of Crown-Indigenous relations, will travel to Arviat this Jan. 22 to apologize for the federal government’s forced relocations of the Ahiarmiut between 1949 and 1959, the group’s law firm, Cooper Regel, said yesterday in a news release.

“Some days I wanted to give up, but then the images of our elders and their struggles to keep themselves and us alive spurred me on,” David Serkoak, an Ahiarmiut spokesperson whose fight for recognition of the relocations began in 1992, said in words quoted in the release.

“I never really doubted that this day would come, but knowing that it is a date certain and that a senior minister of the Crown will be offering its apology in our territory is vindication, not just for me but for my family and our ancestors,” Serkoak said.

Serkoak, with researchers Frédéric Laugrand and Jarich Oosten, published a long article on the relocations in 2006, based on multiple elders’ recollections and other sources. (See document embedded below.)

Last summer the Ahiarmiut won a settlement from the federal government worth about $5 million, as a result of protracted negotiations that followed a lawsuit they had filed in 2008.

The upcoming apology is part of that settlement.

In their lawsuit, the Ahiarmiut said the Canadian government, with the RCMP and “various commercial operations,” forcibly relocated the Ahiarmiut multiple times among various places in the southern Kivalliq region.

“The relocations resulted in malnutrition, starvation and many deaths,” the release said. 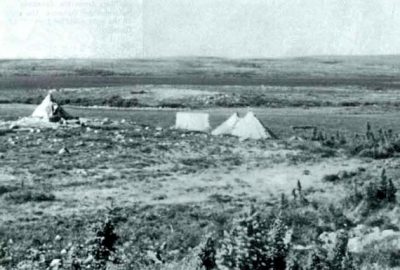 This photo by Geert van Steenhoven shows Ennadai Lake in 1955, with the tents of some of the Ahiarmiut who called the area home. (PHOTO COURTESY OF ITK)

“The Europeans came to our traditional land with little or no respect for the people who already lived here,” Serkoak said.

“I see a better attitude in the Canadian government these days and the fact the minister is willing to travel to us to offer her apology on behalf of the government is evidence of that fact,” he said.

Yesterday’s Ahiarmiut statement does not take a position on that particular issue, but said the federal government and others showed little or no concern for their well-being.

“The Ahiarmiut were moved for commercial purposes, administrative purposes and for other reasons never actually connected to the needs and aspirations of the group,” their release said.

However, Serkoak said he will welcome Bennett’s apology.

“Canada has a long way to go before reconciliation can be said to have happened but at least for our little group, reconciliation is happening. It will be my pleasure to hear the apology and to respond,” Serkoak said.

Relocating the Ahiarmiut fr... by on Scribd