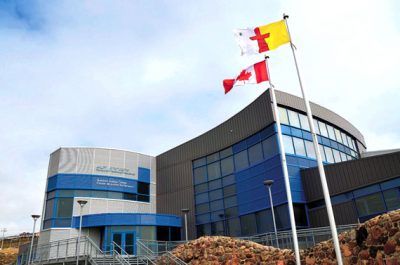 Keith Oqallak had been a student support assistant at Nakasuk Elementary School when he was charged with possessing child pornography in July 2021.

RCMP alleged the pornographic material was found on Oqallak’s cellphone.

The charge was stayed on May 30.

Crown lawyer Emma Baasch told Nunatsiaq News it is a policy of the Public Prosecution Service of Canada to not comment on stayed charges, except in certain circumstances.

“In this case, no reason was put on the record,” she said in an email.

A stay of proceedings generally happens when the judge or Crown concludes there is no reasonable chance of conviction, or it would be bad for the justice system for a case to proceed. Guilt or innocence is not determined in these cases.

Oqallak is still facing an assault charge, which he is scheduled to go to trial for in January.

Correction: A previous version of this story misstated who Keith Oqallak’s employer was. In fact, at the time he was charged, he was employed by the Government of Nunavut’s Department of Education. Nunatsiaq News regrets the error and any confusion or inconvenience it caused.