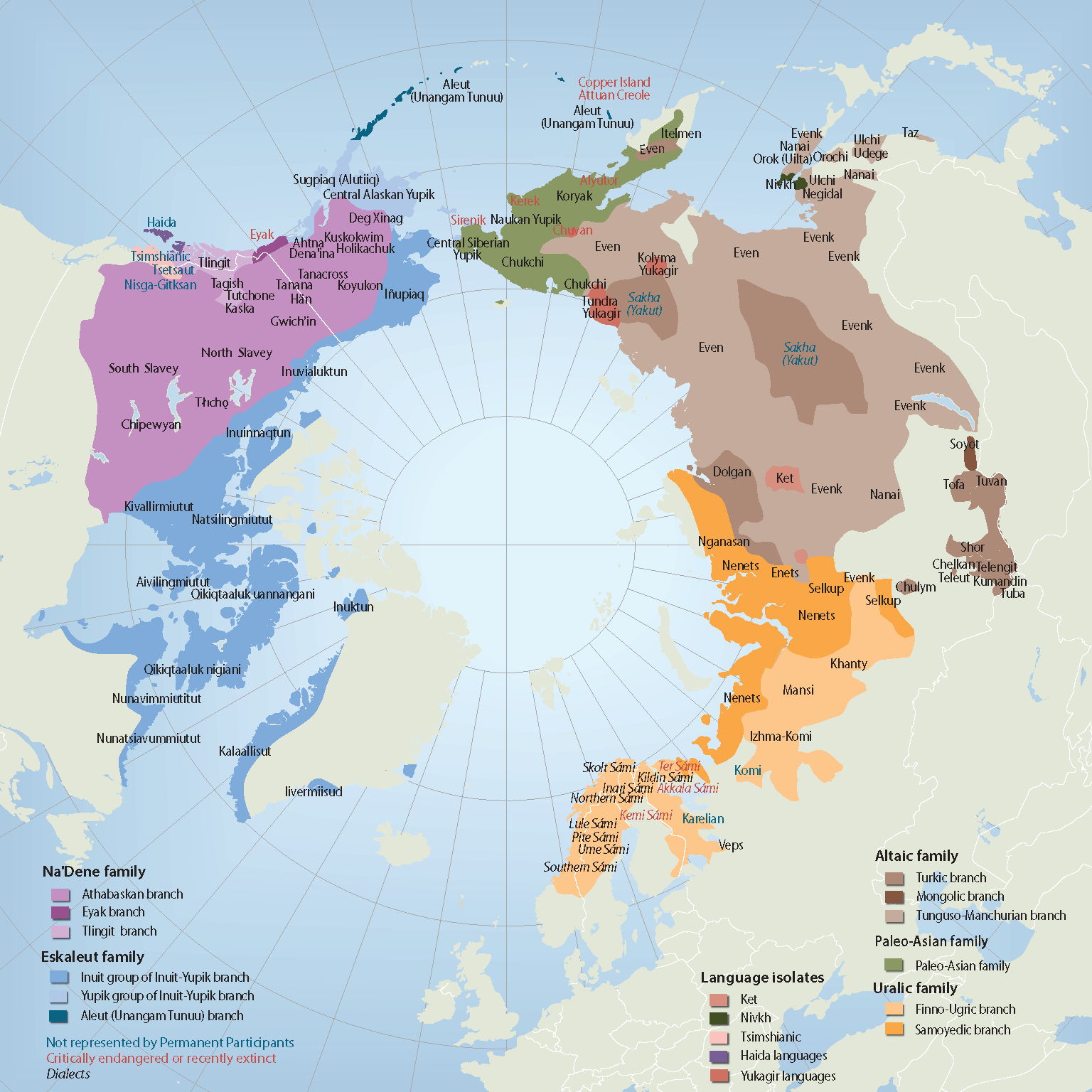 (Click to enlarge.) This map illustrates the many Indigenous languages spoken around the circumpolar Arctic, and where their speakers live. (Arctic Council image)

As the year 2019 drew to a close, the Inuit Circumpolar Council was heaping praise on a decision by the United Nations General Assembly to proclaim the period between 2022 and 2032 as the International Decade of Indigenous Languages.

“This proclamation is much needed and will be helpful to all Indigenous language speakers. More importantly, recognizing indigenous languages will reinforce our cultural knowledge and identity,” Vera Metcalf of Alaska, a Yupik-speaking member of ICC’s executive council, said in a news release.

The proclamation is contained in a UN resolution on the rights of Indigenous peoples, passed in late December, that marks the end of the 2019 International Year of Indigenous Languages.

But she said a decade devoted to Indigenous language promotion will encourage more work to be done.

“We realized a year was not enough to focus on language. The decade will permit us to recover, strengthen, and revitalize our language,” Koperqualuk said.

“[Nunavut] is the only jurisdiction in Canada that has a majority language that is not one of the federally recognized official languages… Despite this fact, Inuktut is not the working language of government nor the language used to provide essential public services,” Kotierk said. 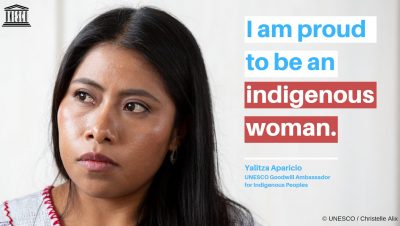 Yalitza Aparicio, an Indigenous woman from Mexico who starred in the highly celebrated 2018 feature film Roma: “I didn’t have the right to learn my Indigenous language. My parents believed it was the best way to protect me from discrimination.” (UNESCO image)

ICC said in its statement that for Inuit across the Arctic, “language is the foundation of culture and identity and its revitalization, maintenance, use, and promotion continue to be paramount.”

But they said that can be accomplished only if national and sub-national governments, along with other jurisdictions, confer official status on the Inuit language and support it through concerted action.

They also said there’s an urgent need among Inuit to work on the language.

“We have iterated that actions to promote our language and its various dialects does not diminish the urgent need to maintain its use among all Inuit, including language holders and silent speakers,” ICC said.

And ICC said governments must also support teacher training and pedagogy in the Inuit language.

“For education to be effective throughout Inuit Nunaat, pedagogy must reflect values, culture and language, including the link between language, our unique Arctic environment and our knowledge,” ICC said.

The United Nations Educational, Scientific and Cultural Organization, also known as UNESCO, will likely act as the lead agency for the international Indigenous languages decade.