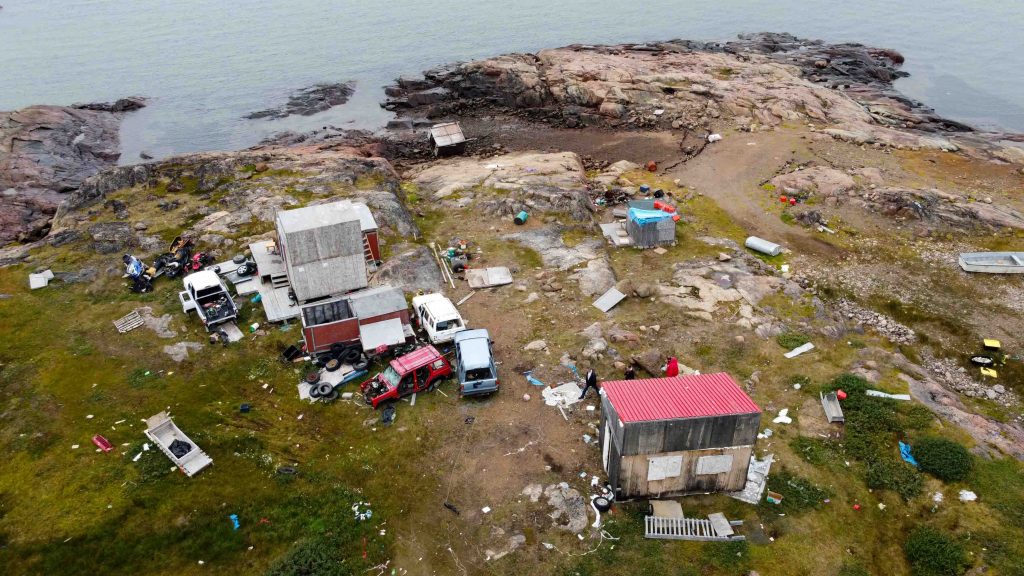 The City of Iqaluit began work on removing abandoned vehicles, shacks and garbage from the Apex beach this morning, following complaints made by local residents. Mayor Kenny Bell, who was on hand as the first of the garbage was removed, said that the city is concerned that abandoned shacks can pose fire hazards and safety concerns, and that other refuse, such as abandoned vehicles, batteries and fuel canisters, could leak hazardous waste into waterways. (Photo by Dustin Patar)