City of Iqaluit suspends services due to blizzard 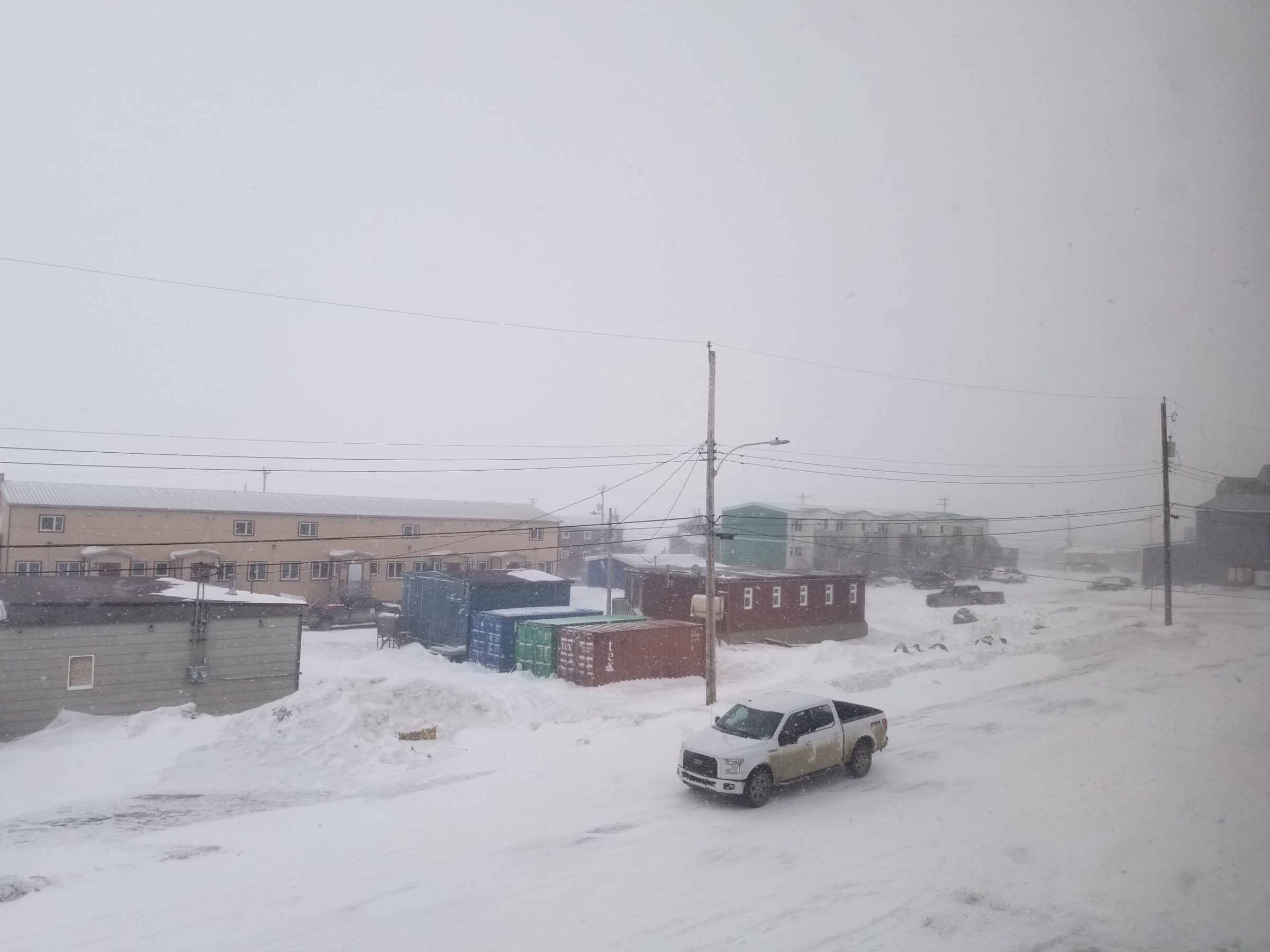 Environment and Climate Change Canada estimates Iqaluit will get five to 10 centimetres of snow on Monday. (File photo)

The City of Iqaluit won’t be delivering water, clearing snow or picking up garbage Monday and city facilities like the Aquatic Centre will be closed to the public, due to severe weather conditions.

It will still provide emergency services unless it is “unsafe and/or impossible” to do so though delays are possible, spokesperson Aleksey Cameron said in a news release.

The city is advising residents to stay off the roads due to high winds and poor visibility, and those on trucked water services should reduce their water usage.

“If you are not currently home, we highly recommend you go home and remain there until the severe weather conditions end,” Cameron said.

As of early Monday afternoon, the temperature in Iqaluit was -14 C, with a wind chill of -28 C, according to Environment and Climate Change Canada.

It is estimated the city will get five to 10 centimetres of snow, with winds gusting up to 70 km/h in the afternoon.

The poor weather is expected to clear by the late evening, according to Environment Canada’s forecast.