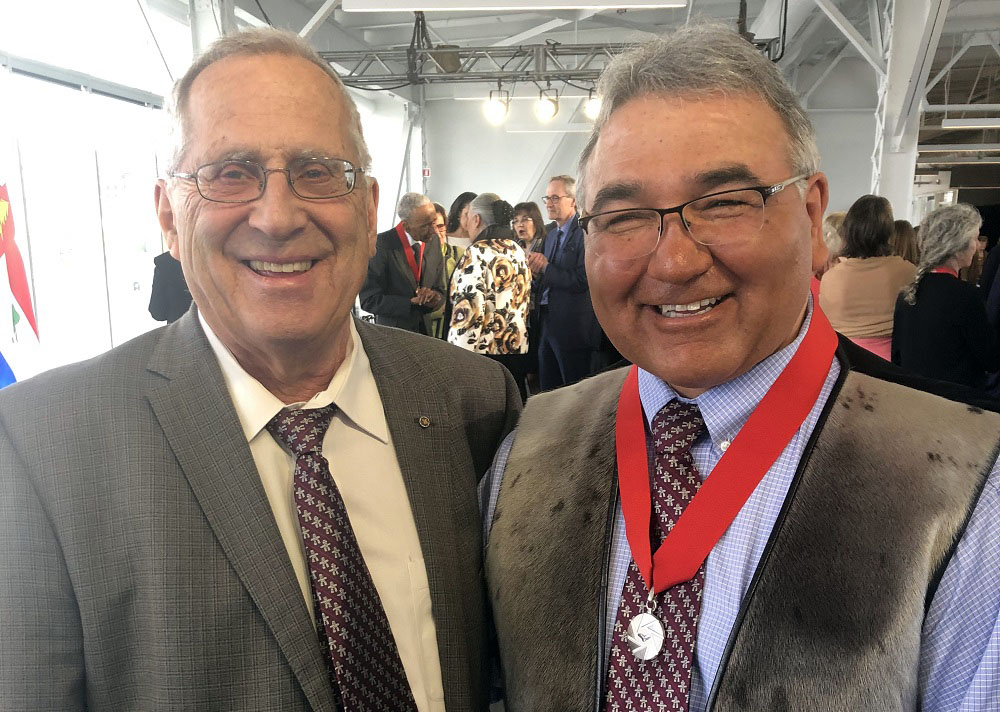 Donat Savoie, left, a long-time and since retired advisor to Makivik Corp. is pictured with former Makivik Corp. president Jobie Tukkiapik, who received the Order of Montreal May 17. Savoie helped nominate Tukkiapik for the honour, to acknowledge the work he did for Inuit living in Montreal during his presidency from 2012 to 2018. Over that period, Makivik had invested some $3 million into different initiatives to support homeless and at-risk Inuit living in the city of Montreal. Tukkiapik was one of 17 dignitaries to receive the award last week. (Photo courtesy of D. Savoie)