Most of the hamlet’s snow-clearing vehicles now fixed, says CAO 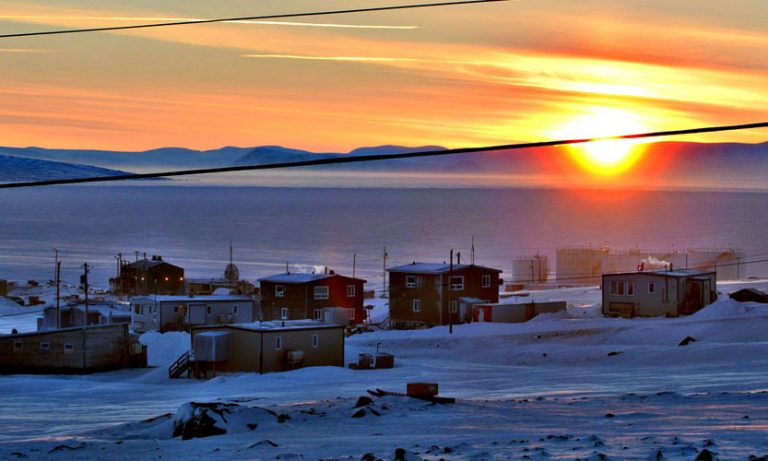 The Hamlet of Clyde River called a state of emergency on Feb. 10 to address the lack of working snow-clearing vehicles in the blizzard-stricken community. The hamlet recently found it had been running the vehicles with Jet A fuel rather than diesel, which contributed to the machines breaking down. (File photo)

The Hamlet of Clyde River didn’t renew its state of emergency last week on Feb. 17 after it was able to get most of its snow-clearing vehicles to work, said chief administrative officer Jerry Natanine.

A technician came to Clyde River last week to fix the vehicles, which include three loaders and one bulldozer, Natanine said. He added that one loader is still not working and a part is needed.

Clyde River declared a state of emergency on Feb. 10 because more than a month of blizzards, combined with snow-clearing vehicles breaking down, left the hamlet with snow-blocked roads and houses. This prevented the hamlet from delivering essential services such as water delivery and sewage clearing in a timely manner.

The snow-clearing vehicles broke down because they were running on Jet A fuel instead of diesel fuel. Jet A has a higher sulphuric content that is damaging to the vehicles, Natanine added.

Clyde River has long been supplied with Jet A fuel rather than diesel, Natanine said. But hamlet officials thought they were being given diesel, because that’s how the Government of Nunavut, which supplies the fuel, described it in its billing, he said.

“So if you want to go buy fuel for your house, it would be Jet A, but on the bill it would say diesel fuel,” Natanine said.

The hamlet found it was running on Jet A fuel in an earlier visit from a technician a couple weeks ago, Natanine said. When the hamlet bought new snow-clearing equipment a couple years ago, it did so under the assumption the hamlet used diesel fuel, he said.

In the week after the state of emergency was called the hamlet was able to get barrels of diesel fuel from Nunavut Parks, Natanine said.

To add to Clyde River’s diesel supply, Baffinland Iron Mines Corp. has volunteered to give just under 40 barrels of diesel to the hamlet, Natanine said.

Another blizzard has stalled snow clearing over the last couple days, but the weather has cleared so operations can start again, he said.