No injuries reported for sole occupant; Transportation Safety Board investigating 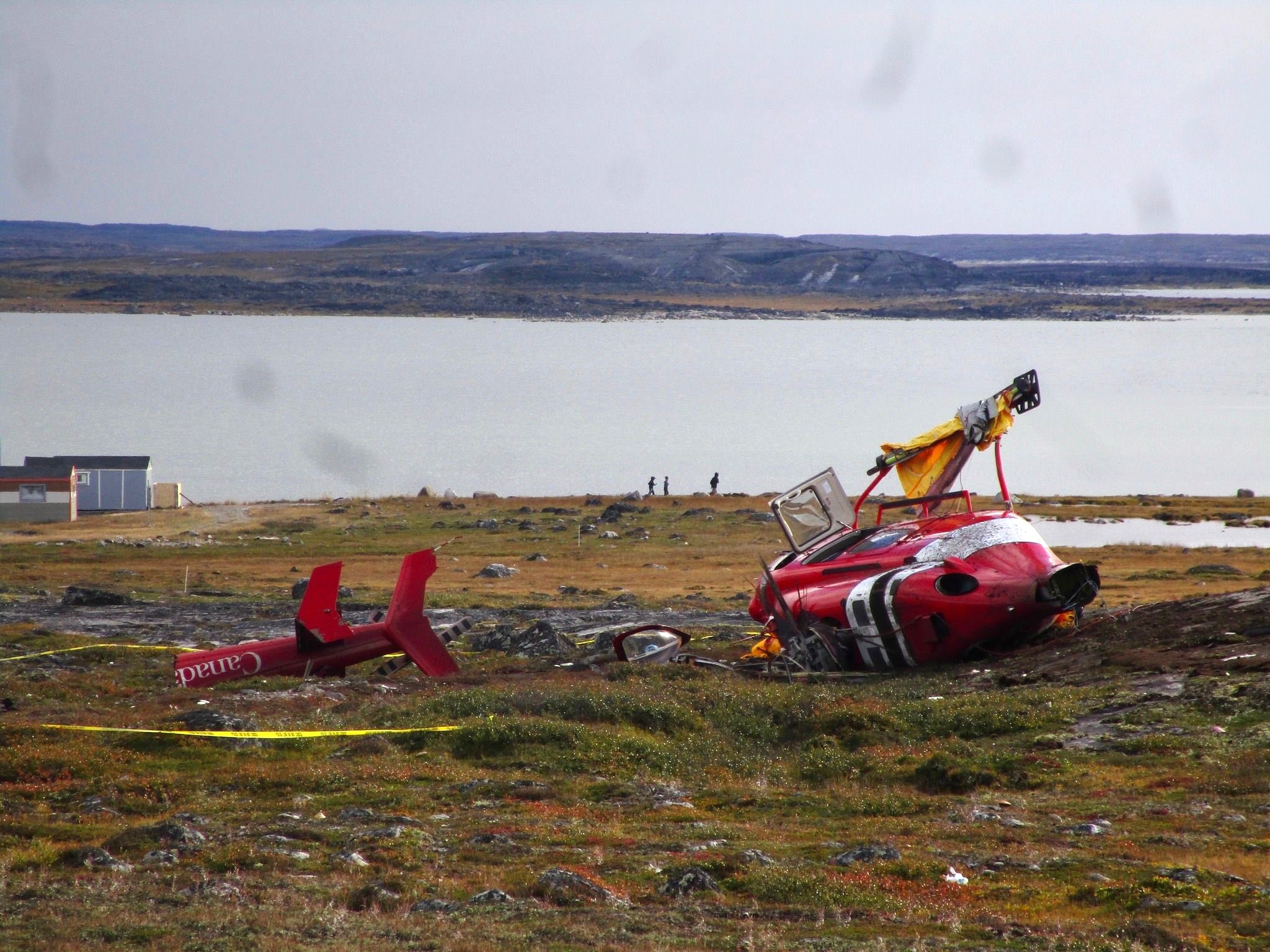 The crash of a Canadian Coast Guard helicopter in Puvirnituq on Thursday is under investigation by the Transportation Safety Board of Canada.

The crash happened around 2:30 p.m. near the community’s dump, according to Nunavik Police Service deputy Chief Jean-Francois Morin.

“There was one pilot inside the helicopter at the time of the crash and he didn’t suffer any major injuries,” Morin wrote in an email to Nunatsiaq News.

“The TSB is on its way to conduct an investigation into the causes of the accident.”

The coast guard tweeted a photo of the crashed Bell 429 helicopter Thursday night, confirming the details of the pilot’s survival and that it was working with the TSB on the matter.

In the image, the downed helicopter is lying on its left side. The tail and rotor appear to have broken off from the main body in the crash.

The TSB confirmed Friday morning it is deploying a small team to Puvirnituq to conduct an investigation.

“The TSB is aware of the occurrence and a team of two investigators will be going to the site today,” spokesperson Marc-Antoine Brassard wrote in an email on Friday.