“Hillbilly heroin” shows up in Iqaluit 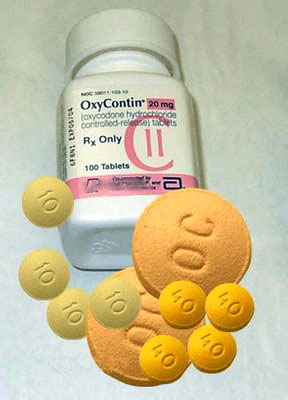 This is oxycontin, a notorious pain-killer known widely as “hillbilly heroin.” When used as prescribed, an oxycontin pill releases its painkilling effect slowly, make life bearable for chronic pain sufferers. But when ground up and then snorted or injected, it produces a high similar to heroin along with a powerful addiction that’s extremely difficult to kick. 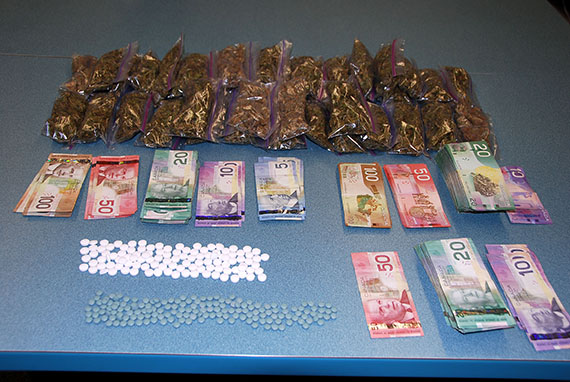 Here’s a shot of the cash and drugs that Iqaluit RCMP members seized during a search of an Iqaluit residence Aug. 28. They found $10,000 in cash, oxycontin, percocet and fentanyl pills, as well as 2.4 pounds of marijuana.

Iqaluit RCMP seized quantities of oxycontin, percocet and fentanyl during a raid last week that also netted 2.4 pounds of marijuana and $10,000 in cash, police said in media advisory issued Aug. 31.

But in recent years, drug abusers across North America, especially in rural areas, have discovered that when crushed and then snorted or injected intravenously, oxycontin can produce a high similar to heroin.

Fentanyl, also a powerful narcotic, is considered to be 100 times more potent than morphine.

Police say they conducted the search, done Aug. 28, after “receiving information that there was illegal drug trafficking taking place at that location,” but their news release does not state the street address of the residence.

Joseph Hess, 54, of Iqaluit, faces four counts of possession of a controlled substance for the purposes of trafficking.

He’s scheduled to appear in court Nov. 2 in Iqaluit.