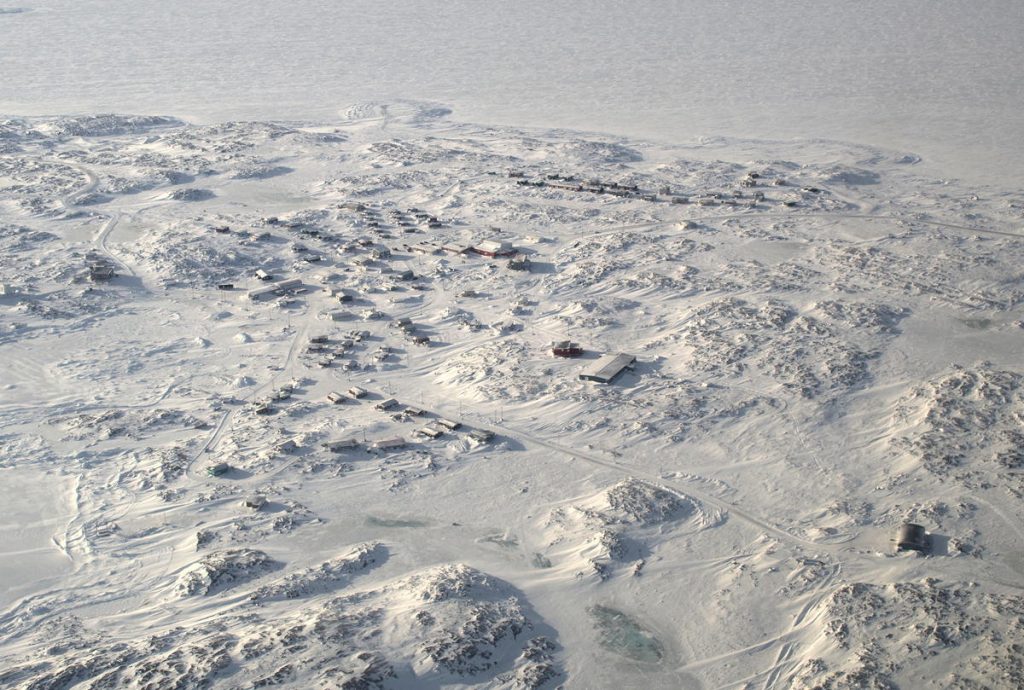 Whale Cove no longer has any active cases of COVID-19. (Image courtesy of Wikimedia Commons)

Nunavut reported 34 new cases of COVID-19 Tuesday, bringing the total number of active cases in the territory to 60.

In Arviat, 26 new cases were identified, bringing the total in that community to 46, a Department of Health news release states.

In Whale Cove, eight positive cases of COVID-19 were announced.

That makes Whale Cove, a hamlet of 450 people, the fourth Nunavut community to have positive cases of COVID-19.

Dr. Michael Patterson, Nunavut’s chief public health officer, said in a news release issued that one of the cases in Whale Cove in linked to the Arviat outbreak, which led to seven other people getting the virus.

Because the cases in Whale Cove are linked to the outbreak in Arviat, there is no sign of community transmission in Whale Cove.

“The last week has shown us just how quickly COVID-19 spreads,” Patterson said in the release.

“This rate and reach of transmission will continue to grow if we don’t each do our part.”

Everyone who has been identified as being infected is in isolation and is doing well, Patterson said.

Meanwhile, there remain four cases in Rankin Inlet and two in Sanikiluaq.

Contact tracing continues in all four communities. As of Monday, Nov. 16, 65 tests have been done in Sanikiluaq with negative results. In Rankin Inlet 45 tests came back negative. In Arviat, 63 tests have returned negative. Testing in Whale Cove is ongoing, the release said.

Anyone who has travelled from or through Arviat since Nov. 2 must immediately isolate for 14 days.

Nunavut goes into a lockdown for two weeks starting on Wednesday, Nov. 18, in an effort to stop COVID-19 from spreading further.

“Nunavummiut must do their part to help contain the spread of the virus,” the release said.

That means limiting contact with other people, no visiting, wearing a mask outside of homes, washing hands frequently, keep distance between other people in public, no shaking hands, hugging or kissing, and staying home if sick.

If anyone thinks they may have been exposed to COVID-19, they are advised to call 1-888-975-8601 between 10 a.m. and 6 p.m. ET, or notify their community health centre right away. They should immediately start isolating for 14 days.

Premier Joe Savikataaq, Health Minister Lorne Kusugak and Patterson will give an update on Wednesday, Nov. 18, at 11 a.m. ET. It will be livestreamed from the Nunavut legislative website.

The news conference will also be aired on Bell ExpressVu channel 513, Shaw satellite channel 181 or 489 in the classic lineup package, local cable channel 5 or 602, and the radio in Iqaluit at 92.5 FM.