COVID-19 returns to Rankin Inlet aboard flight from Iqaluit 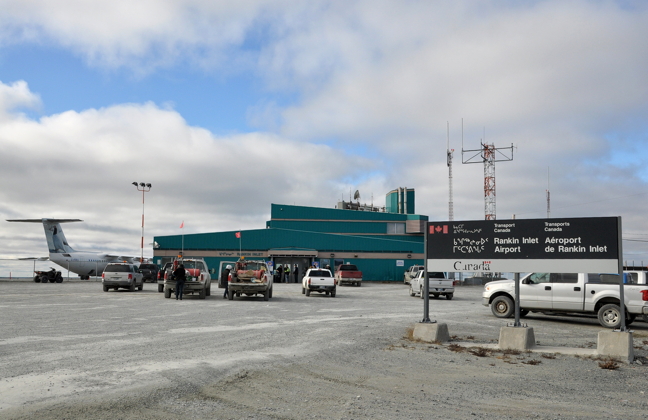 Two COVID-19 cases were confirmed in Rankin Inlet Friday after two people aboard Canadian North flight 239 were determined to be ‘close contacts’ of a person in Iqaluit with the illness. (File photo)

The two new cases bring the number of people in the territory with the respiratory illness to 41. As of Saturday, there were 35 active cases in Iqaluit, four in Kinngait and two in Rankin Inlet.

Rankin Inlet’s cases are “directly linked” to the Iqaluit outbreak, the Health Department said in a news release. The virus was transmitted in Iqaluit but identified in Rankin Inlet.

On Saturday, the Government of Nunavut issued a notice of “potential COVID-19 exposure” aimed at passengers on Canadian North’s Flight 239 on Friday. That flight left Iqaluit at 5:50 p.m., bound for Rankin Inlet and connecting to Yellowknife and Edmonton.

“The individuals were identified as close contacts of a COVID-19 positive case only after the flight had departed Iqaluit. Fortunately, shortly after arrival in Rankin Inlet, they were located by public health staff, tested and put in isolation,” said Dr. Patterson.

The Health Department did not say whether the people were men or women, and did not say who old they were. They are in “supported isolation” and doing well, the government news release states.

Under current public health orders, anyone who travels from Iqaluit must isolate for 14 days when they arrive in their destination.

It is the second time Rankin Inlet has faced COVID-19. It was one of four hamlets where the virus was detected in late 2020, along with Sanikiluaq, Whale Cove and Arviat. Most of those hamlets went COVID-free by January, but the Arviat outbreak hung on until March. Arviat officially celebrated becoming COVID-free with a parade of vehicles earlier this week.

Iqaluit reported its first-ever case on April 14. A few days later, on April 19, two cases were confirmed in Kinngait, which were that hamlet’s first, as well.

On Saturday, Premier Joe Savikataaq repeated his plea to Nunavummiut to follow public health measures aimed at preventing the spread of the potentially fatal disease. They include wearing masks, washing hands, physical distancing and getting vaccinated.

“Please do not take chances, please be responsible and please do your part to keep our communities safe,” Savikataaq said.