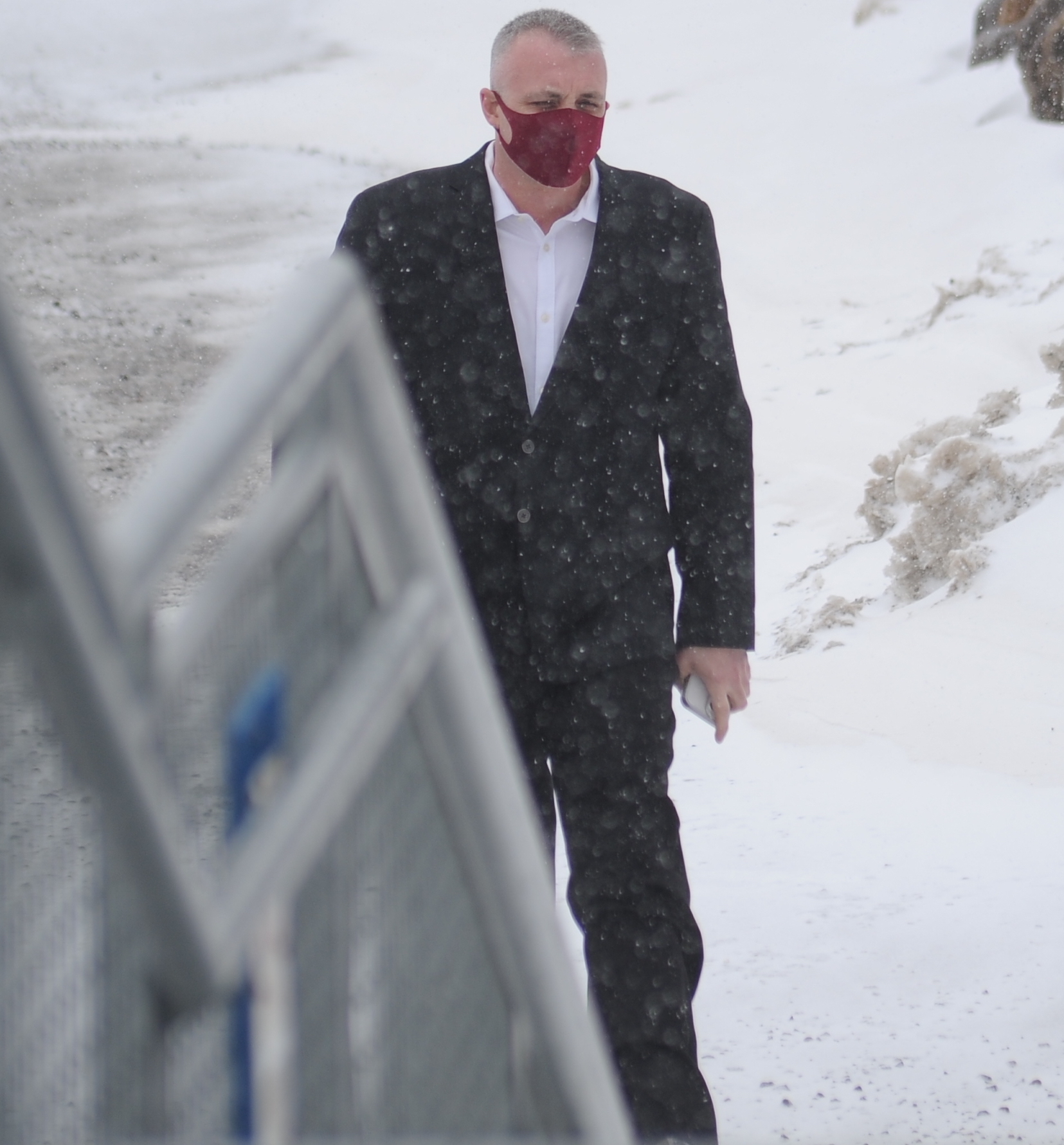 Daniel Hodgson’s second-degree murder trial is adjourned until May 12, when Judge Susan Charlesworth will render her verdict. (Photo by David Venn)

Judge Susan Charlesworth will render her verdict May 12

Both the Crown and defence lawyers in Daniel Hodgson’s second-degree murder trial made their final submissions Friday, and court has been adjourned until May 12, when Judge Susan Charlesworth will deliver her verdict.

Hodgson is on trial for the death of 23-year-old Bradley Winsor following a struggle at a party in Apex, outside Iqaluit, in May 2017.

The defence maintains that Winsor was unwelcome at the party, severely intoxicated and became violent.

Defence lawyer Ilan Neuman emphasized that witnesses who attended the party the morning Winsor died had said that he was being aggressive toward the host of the party, and pushed another person.

Neuman noted that one witness described Winsor as “menacing.”

Hodgson, in his testimony, said Winsor was about to hit a woman, and that he was elbowed in the head by Winsor when he went to try to restrain him.

Neuman also criticized forensic expert Dr. Christopher Milroy’s submission on Winsor’s autopsy. Neuman asserted that Milroy contradicted himself at times, saying, for instance, that many people could tolerate the amount of cocaine and alcohol in Winsor’s body at the time of his death, but then also stating that there is no safe level of cocaine use.

Greg Lyndon, the lead prosecutor in the trial, argued that the witnesses’ reliability in the trial has to be questioned because they witnessed a traumatic event, and they had all been drunk that night and morning.

A number of questions during each witness’s testimony, Lyndon said, either went unanswered because they couldn’t remember or weren’t sure, and their recollections of the night had differed from statements they gave to police after the incident.

“It’s obvious that the death of Bradley Winsor at a house party before their very eyes was traumatizing,” Lyndon said.

He suggested the judge focus on points where all of their testimonies lined up, such as when Hodgson choked Winsor, and people yelled at him to stop.

Turning to Hodgson’s own testimony, which he called “evasive” and “argumentative,” Lyndon said he believes Hodgson knew how to perform “a perfect or near perfect choke,” despite the accused claiming he did not know.

Lyndon also said self-defence isn’t an acceptable defence in this case, because Hodgson inserted himself into a situation in which no one needed defending, and the length of the choke doesn’t matter because both forensics experts concluded that compression of the neck was the main cause of death.

Charlesworth is scheduled to render her verdict at 1:30 p.m. on Wednesday, May 12.