In 1951, 22 children were taken from their homes and sent to Denmark with the aim to educate them as “role models” 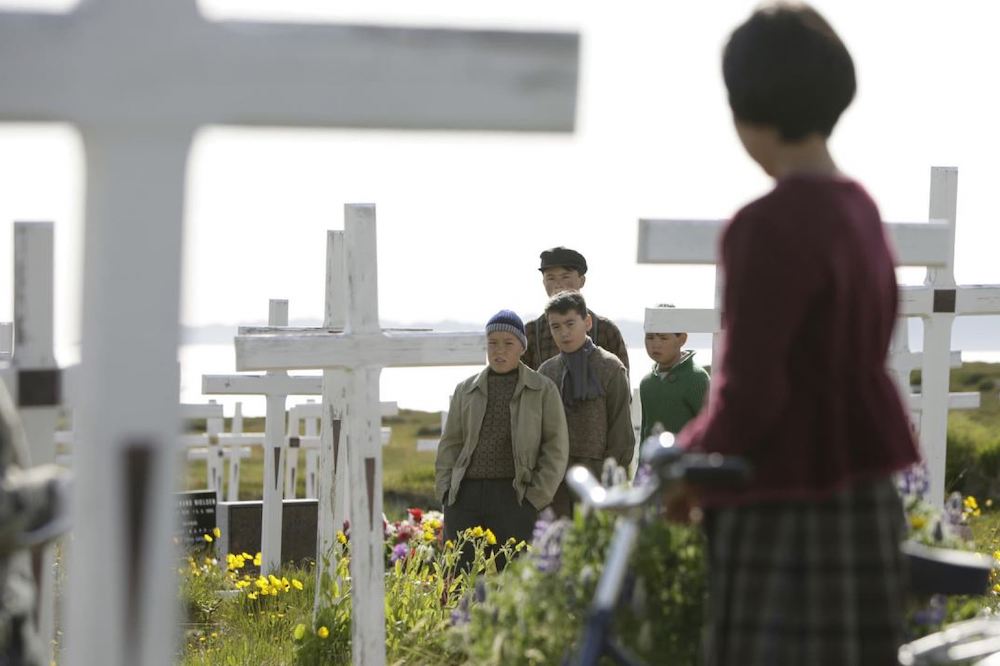 The 2010 film “The Experiment”, based on the 1998 book that brought the “experiment kids” to light, follows the lives of the children after their return to Greenland (Nimbus Film)

Nearly 70 years after 22 Greenlandic children were taken from their families and brought to Denmark to learn to be “role models” for a country that was on the cusp of modernization, the Danish state has formally apologized for subjecting them to an experiment that broke “their bonds to their families and relatives, to their life stories, to Greenland and their people.”

Today, Greenland is a self-governing member of the Kingdom of Denmark, but, in 1951, when the children were sent to Denmark, it was a colony.

“We can’t change what happened, but we can shoulder our responsibility and apologize to the people we failed in our responsibility to care for,” Mette Frederiksen, the prime minister, said in an address to the Folketing, the national assembly, on Tuesday.

Earlier in the day, the six living participants in the program received a signed letter from Frederiksen in which she described their treatment in Denmark as “unfair and heartless.”

“I know that neither a single letter — nor a single word — can make up for a life’s worth of loss. And, it is, of course, up to you decide whether this apology is something that will make a difference in your life.”

Helene Thiesen, today 75, was seven when she travelled to Denmark. She has been one of the most outspoken of what are known as the “experiment kids” and has written a book about her experience. She told Danish media that the apology was “a relief.”

“It is really, really important,” she said. “It means everything.”

The experiment first came to light in 1998 with the publication of a book detailing the lives of the children, who were all between the ages of five and eight at the time, after their 18-month stay in Denmark came to an end.

Several of the prime ministers who have held office since then have offered various reasons for not apologizing, with one calling it “a closed chapter” and another arguing that, at the time, it was deemed to be in Greenland’s best interests.

Yesterday’s apology comes after Frederiksen, in 2019, indicated that she was prepared to admit to “children who were forced to be Danish” that they had been part of a failed experiment that had had disastrous personal consequences.

An official statement, however, would wait until the completion of a report that laid out the details of what the rationale for sending the children to Denmark had been and how it had affected their lives.

That report, published yesterday, admitted that while the aim of sending the children, who were chosen, in part, for their intellectual ability, to Denmark to learn Danish had been to give them “a good life,” the outcome was the opposite: “loneliness; a feeling of being different and rootless; and a lost, divided and uncertain identity.”

Six of the children were adopted by their Danish host families. The 16 who returned to Greenland spent the rest of their childhoods living at a specially built orphanage.

Their situation “can be described as a form of ‘double homelessness,’” the report states, “in which they didn’t feel like they belonged amongst their families or their countrymen.”

In large part, this was because their stay in Denmark resulted in a loss of their ability to speak Greenlandic.

And even though the report found no pattern when it came to the impact of the experiment on the participants, it did find that most eventually moved away from Greenland and many became substance abusers and developed mental issues. Half died before the age of 70.

“In general,” the report said, “it is fairly obvious that most of the 22 struggled their entire lives with deep social and personal problems.”

Below: trailer from “The Experiment,” a 2010 film, based on a 1998 book that brought the “experiment kids” to light, that follows the lives of the children after their return to Greenland.