Man, who has been missing for 5 days, presumed to have drowned off coast of Puvirnituq 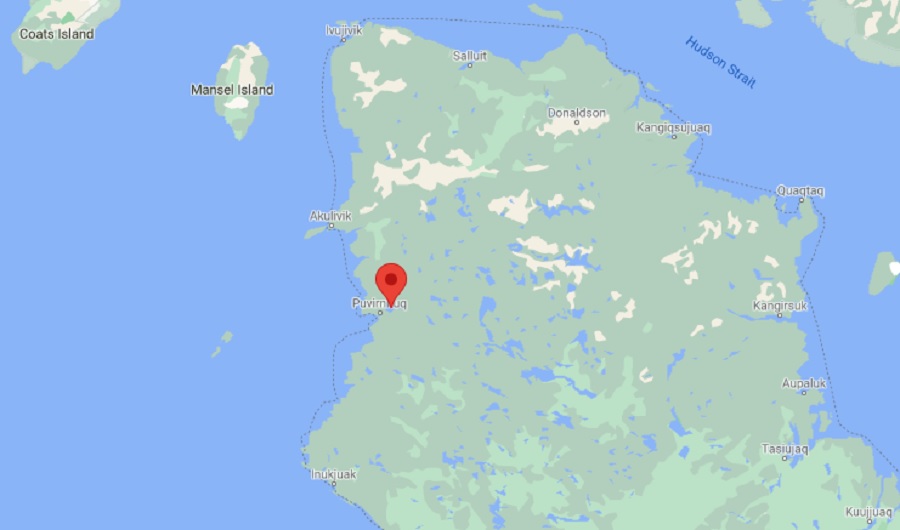 A Puvirnituq man is presumed drowned after his fell out of his kayak while paddling near the Hudson coast community last weekend, police say. (Google maps image)

A Puvirnituq man is presumed to have drowned after he fell out of his kayak while paddling near the Hudson coast community last weekend.

A local search and rescue crew combed the Puvirnituq River earlier this week, and although they were unable to find the missing kayaker, Puvirnituq mayor Lucy Qalingo said searchers did find the bodies of two other people.

Those bodies have been recovered, said Nunavik police, though they offered no other information about the discovery.

Police have not identified the missing kayaker either.

He was last seen July 10, when witnesses saw his kayak tip.

Searchers could not initially locate the man or his boat, stated the Nunavik Police Service in an email Thursday.

Since then, the community has organized shoreline and river searches, including an aerial search by helicopter. The Sûreté du Québec also sent a team of divers to assist with the search.

“Due to the very low temperature of the water, it is not believed that he made it ashore,” the Nunavik Police Service said.

“The search is ongoing.”

An earlier version of this story said the Sûreté du Québec divers had found the two bodies when, in fact, it was local searchers who discovered them.