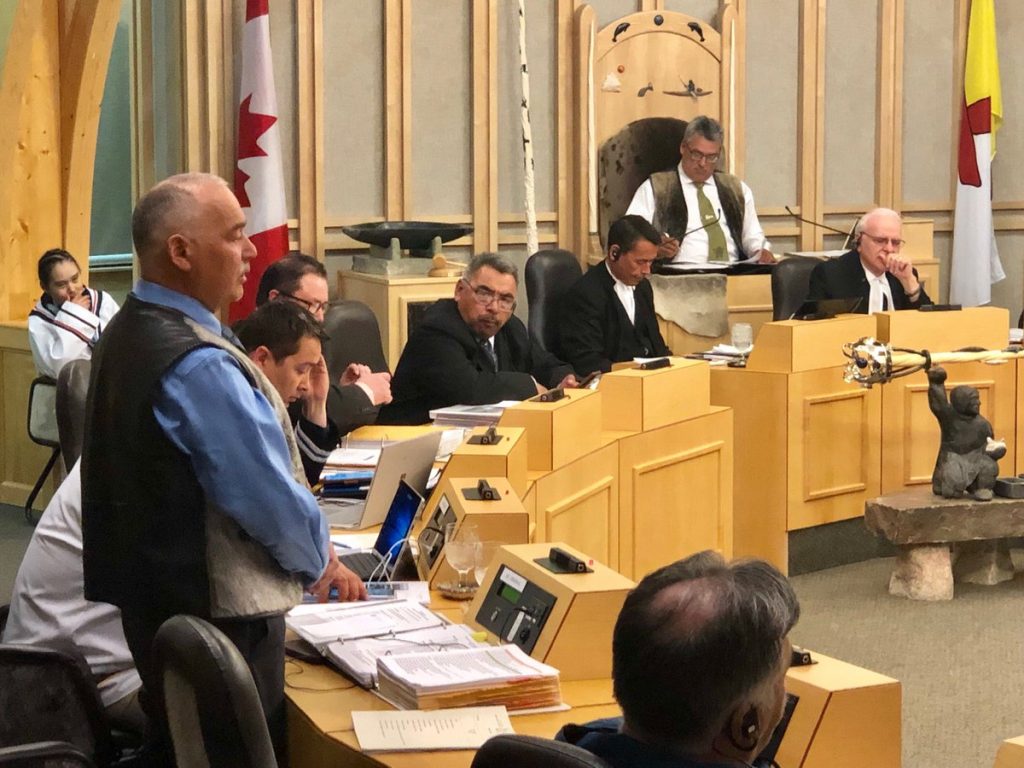 Nunavut’s MLAs will take their sealskin-upholstered seats on Thursday, Oct. 17, for the fall sitting, which is scheduled to wrap up on Nov. 7. (File photo)

Nunavut’s legislature will convene on Tuesday, Sept. 17, for a special one-day sitting to fix a glitch in the territory’s Elections Act.

“In 2017, legislation was passed to harmonize the administration of elections to municipal councils and district education authorities under the authority of the Nunavut Elections Act,” said the legislature’s Speaker, Simeon Mikkungwak, in a news release.

“In the course of preparing for the upcoming elections that will be held across the territory on October 28, 2019, a technical issue was identified that necessitates a statutory amendment to ensure that clear rules are in place for employees of the territorial public service who wish to stand for election.

“Consequently, after consultation with the executive council and members of the legislative assembly, I have determined that the public interest requires that the House be recalled at this time.”

The special sitting will start at 1:30 p.m. The fall sitting of the legislature will still start, as planned, on October 17 at 1:30 p.m.

There will only be “limited incremental costs associated with the recall of the House,” said Mikkungwak, since MLAs were expected to gather next week for standing committee meetings, including televised hearings on the most recent report by the auditor general.