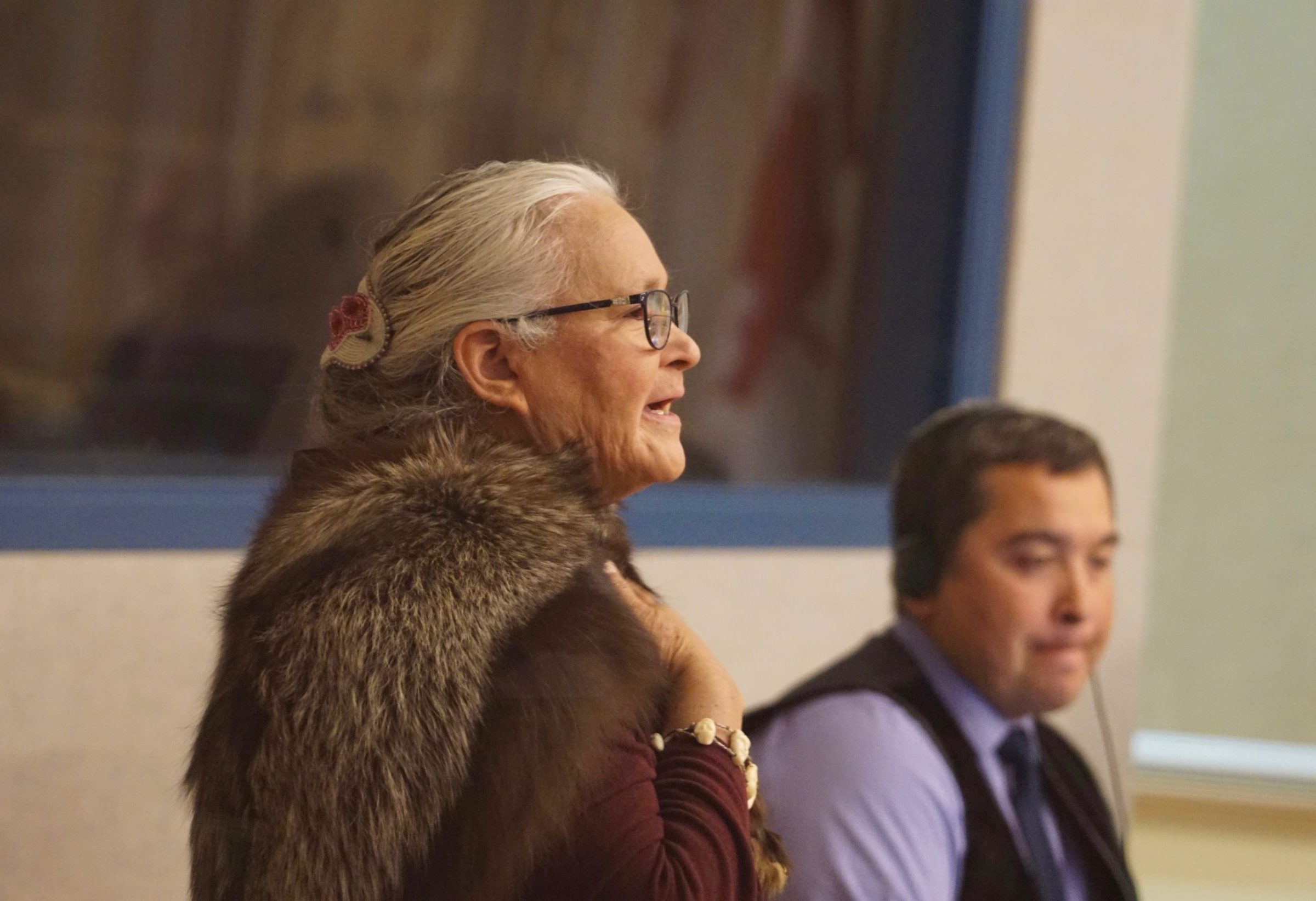 Minister of Family Services Elisapee Sheutiapik announces she will not run for re-election this fall, leaving the Iqaluit-Sinaa riding open ahead of this fall’s territorial election. (Photo by Mélanie Ritchot)

Elisapee Sheutiapik said her goodbyes to the legislative assembly Thursday, announcing she won’t be seeking another term as MLA for personal reasons.

During her speech in the legislature, she mentioned deaths and illness that had affected her during her time in office, referring to her sister’s murder, which is still unsolved 30 years later, her nephew who committed a murder-suicide, leaving behind two daughters, her partner Brian Twerdin, who is undergoing cancer treatment and suffered from a stroke, and her biological mother dying.

“I’ve gone through a lot and, obviously, a lot of deep emotions. And it’s OK to say,” she said in an interview. “I think it’s just best not to commit to a new term at this point.”

Sheutiapik won her seat in the legislature on October 2017. She served as minister of family services and was also responsible for the portfolios of homelessness, poverty reduction and the status of women.

Prior to that, she was the mayor of Iqaluit from 2003 to 2010, president of the Nunavut Association of Municipalities, and Pauktuutit, the national organization representing Inuit women in Canada.

Sheutiapik said that not running again was a tough decision to make and that there were days she thought she could run again. Ultimately, she said there are too many unknowns in her life right now.

During her speech, Sheutiapik spoke about the importance of training Nunavummiut for work. She said she is not a high school graduate, “but look at the training I had received and look what I’ve done with it.”

She thanked elders who had impacted her during her time as a minister and MLA, and colleagues who had supported the Department of Family Services.

Her message to other MLAs and Nunavummiut is to recognize mental health as an issue in the territory and admit when a break is needed.

“Our brain is part of our body. We seem to neglect it for some reason,” she said.

Sheutiapik said she and Twerdin are heading south this Sunday for his second-last round of treatment, and she is going to focus on her family and business, Grind and Brew.

“I’ve always said, even in the leadership forum, we need to be healthy first for us to help. So my family needs me to make sure it’s healthy right now.”

Sheutiapik is the third prominent MLA to announce she won’t be running again. Former speaker Paul Quassa stepped down in August along with former minister Pat Angnakak, who is now the Liberal candidate in the Sept. 20 federal election.