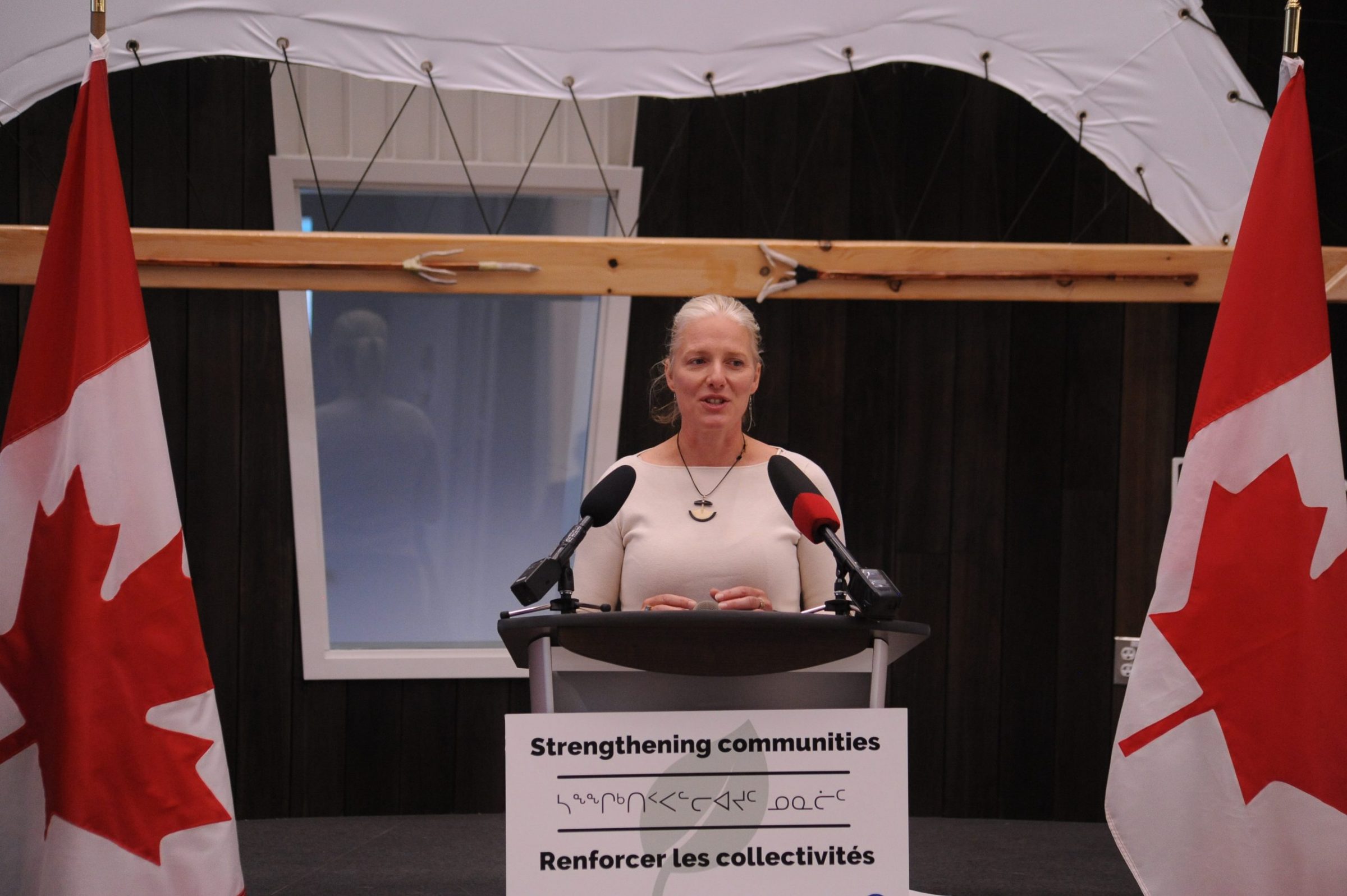 Infrastructure and communities minister Catherine McKenna announced Wednesday that the federal government is investing $40 million for a deep-sea port near Qikiqtarjuaq. (Photo by David Venn)

The federal government has committed more than $42 million to water and fishing services in Nunavut, which some politicians say will give the territory more autonomy over its fisheries.

The bulk of the investment — $40 million — is allocated to building a deep-sea port in Qikiqtarjuaq, which has been a long time coming for the community.

“The Qikiqtarjuaq port has been one of our proposals that we keep coming back [to],” said Nunavut deputy Premier David Akeeagok. “Finally we’re seeing the light at the end of the tunnel of seeing our fish landing in Nunavut.”

Among other benefits, the port will allow fishers to offload their shrimp and turbot catches locally, rather than having to travel to Newfoundland and Labrador, support search and rescue, and create fisheries-related industries and jobs, said Qikiqtani Inuit Association president P.J. Akeeagok.

“We have come closer to realizing the vision of Nunavut thriving on the sustainable, blue economy,” he said.

It could still be up to six years before the port is built, said David Akeeagok, as the government’s proposal requested the money start arriving in the territorial bank account during the next fiscal year, and for it to be built within the five years afterwards.

“These agreements of past Inuit leaders from the High Arctic: to protect the pristine waters and the marine life of Tallurutiup Imanga,” P.J. Akeeagok said.

The announcement comes as rumours of a snap federal election continue to loom.

Although, McKenna said the money and the visits from three ministers to the territory’s capital in the last week isn’t about pre-election campaigning. None of the main political parties, including the Liberals, has announced its candidate for the next election.

“It’s not about elections, it’s about improving lives for people,” she said, mentioning the Liberal government’s first funding announcement this week of $10 million for the creation of affordable housing units.

In the 2021 federal budget, the Liberals set aside $4.3 billion over four years for the Indigenous Community Infrastructure Fund, accessible by First Nations, Inuit and Métis Nation.

There is also another $1.7 billion available over five years to cover maintenance and operational costs of the projects built.

When asked if the money had been previously announced, McKenna said “I believe this is all new money that has been allocated.”