$1.5M to go to boats, trailers and other equipment in communities across Nunavut, Nunavik and N.W.T. 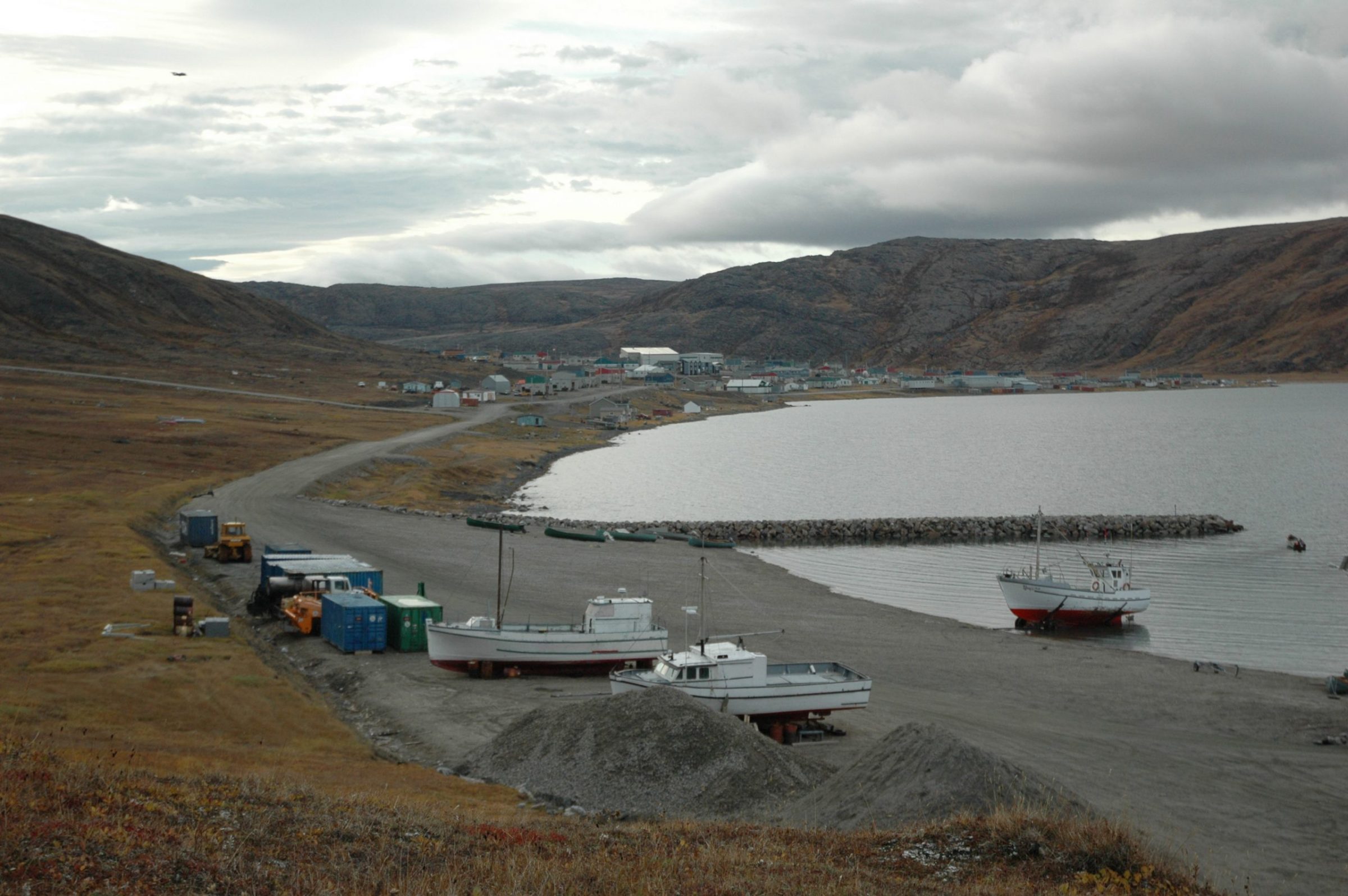 A view over the Kangiqsujuaq port in 2010. The Nunavik community’s land holding corporation will receive federal funding for a new boat and boat shelter. (Photo by Sarah Rogers)

The federal government has announced $1.5 million for marine safety infrastructure for several Inuit-based organizations this week.

The auxiliary responds to roughly 25 per cent of maritime calls for assistance each year, the Department of Fisheries estimates.

“The investments announced today demonstrate a new commitment to begin bridging the gap between Canadian Coast Guard operations in Inuit Nunangat and the rest of Canada.” 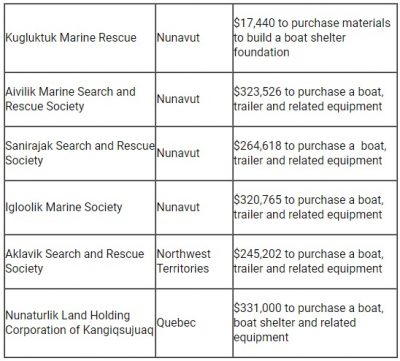 A breakdown of funding allocated to six Inuit organizations. (Table courtesy of DFO)