Icebreaker one of three “interim” ships bought by Canada from Norway 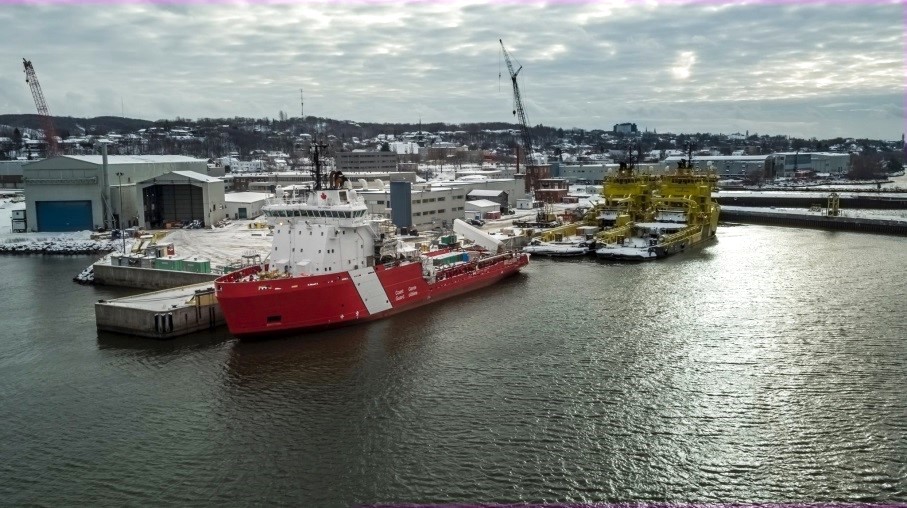 The CCGS Captain Molly Kool is 93.7 metres long and 18 metres wide. It is classed as a medium icebreaker, and can maintain a speed of three knots through ice up to one metre thick. CCGS Captain Molly Kool can operate continuously without refuelling for roughly 25 days and has a crew of 19, says Canada’s Department of Fisheries and Oceans. (PHOTO COURTESY OF THE DFO)

That’s when federal government ministers revealed that the first of the three medium icebreakers retrofitted by Chantier Davie shipyard in Lévis, Que. will be named CCGS Captain Molly Kool.

The namesake of the icebreaker, Captain Myrtle “Molly” Kool, was the first woman in North America to become a master mariner.

A backgrounder on Myrtle Kool says she was born in 1916 in Alma, New Brunswick, where everyone called her Molly.

In 1937, Kool was the first woman in North America to become a licensed ship’s captain, and in 1939 was awarded her coastal master’s certificate.

After her life at sea, Kool moved to Maine, where she married and spent the rest of her life. She died in 2009.

In August 2018, the Chantier Davie shipyard received a $610-million contract to buy and retrofit three interim icebreakers for the Coast Guard, but the cost later rose by $217 million to bring the three Norwegian tugs to Canada.

The Molly Kool, then painted black and yellow, instead of the red and white of the Canadian icebreaker fleet, was originally built in 2001 for Arctic oil exploration, as an icebreaking anchor-handling tug for Trans Viking Icebreaking & Offshore AS.

The other two ships, Tor Viking and Balder Viking, are expected to enter Canadian service, after a retrofit, new names and paint jobs, in 2019 and 2020.

The Molly Kool’s home port will be in St. John’s, Newfoundland and Labrador.

The rest of the coast guard’s icebreaker fleet is nearly 40 years old. A new icebreaker, the CCGS John G. Diefenbaker, was expected to be in service by 2017 to replace the CCGS Louis St-Laurent. However, due to delays, the icebreaker won’t be ready until 2022 and its price tag has risen to $1.3 billion.